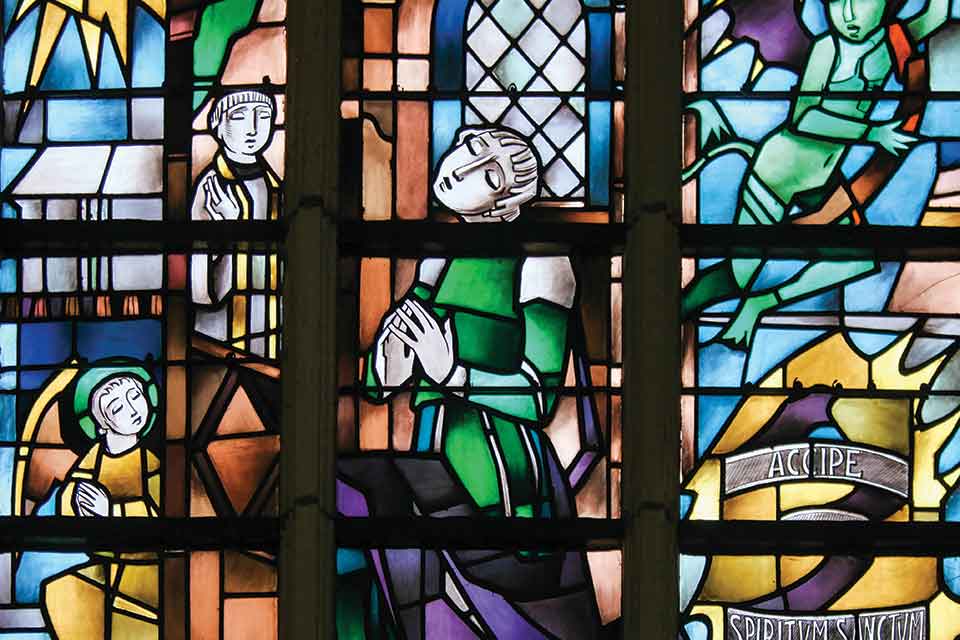 In Colombian writer Octavio Escobar Giraldo’s first publication in English, it isn’t only the parishioner saying her Hail Marys.

“I confess, Father. I confess that I am happy about the death of Joaquín López.”

The priest tried to contain his surprise.

“Yes, Father, they just confirmed it on the radio. As of this morning, they said that the army was identifying his body.”

Silently, the priest regretted that he had not heard the news before leaving the rectory.

“It’s not very Christian to be happy about the death of another human being, my child.”

“I know, Father. That is why I came to confession.”

“Did you know Joaquín López?”

“No, Father. But my father and brother knew him.”

The priest remembered how broken the woman had been at the burial of her relatives. He scratched his bald head and softened his voice:

“Repent of that feeling, child, for it is a terrible sin. Say five Hail Marys.”

“If you say them with devotion and repent, then, yes, only five. And see to it that your son isn’t absent from Saturday catechism class anymore.”

“He will be there, Father. I will send along some mandarin oranges for you. They are so sweet! And a few figs in syrup.”

“That’s not necessary, my child.”

“I will send them along anyway. Thank you for everything, Father.”

The priest blessed the woman through the curtained window and paused for a few seconds before leaving the confessional. He got everything ready for the twelve o’clock mass and told the sacristan to make sure there were no other parishioners inside the church and then to close up. In the entrance hall, he patted the heads of two children playing ball-and-stick, and then, beneath the scorching sun, he crossed the street.

The rectory greeted him with that damp mustiness that was ruining his voice. Using the remote control, he searched for the twenty-four-hour news channel. Confirmed: Joaquín López was dead. He watched the news for five minutes as if to convince himself that it was really true, and then he turned off the TV. He went into the kitchen and prepared himself a nice, sweet cup of aguapanela. After gulping it down, he headed off to his room, knelt beside his bed, and, with his gaze fixed on the carved cedarwood crucifix, he prayed fifteen Ave Marias with tremendous devotion.

VIOLENCE AND SILENCE: a slant rhyme. Two sides of the same tarnished coin. The impact of fist on flesh, the pop of gunfire on a provincial street. Missing persons and the thundering silence of impunity.

Octavio Escobar Giraldo explores this interplay of violence and silence in “Penance,” the short story I’ve translated for this issue of World Literature Today and the first work by the award-winning Colombian writer to be published in English. For me, the magic and darkness of “Penance” lies in the way Escobar Giraldo offers a compelling portrait of the scars of social violence through the depiction of tranquil, everyday scenes.

About two hundred thousand people died in the civil war (1946–64), a period Colombians simply call The Violence. The ongoing internal armed conflict (1964–present) is an asymmetric war between the government, rightist paramilitaries, drug traffickers, and leftist guerrilla groups. Since April 2021, extrajudicial killings by police are on the rise, the majority of these in the mountainous center of the country where the author’s hometown, Manizales, is located.

Escobar Giraldo’s novels are in the noir tradition of Chandler and Onetti, although they are not detective fiction as such: Saide (1995; winner, Premio Nacional Crónica Negra), Destinos intermedios (2010), and his latest, Cada oscura tumba (2022), are linked by characters, locations—and violent deaths. Escobar Giraldo is a professor at the University of Caldas and the director of the Manizales Book Fair. He is also a doctor, and, like all diagnosticians, he is a keen observer of people, how they speak and how they reveal in gestures what they cannot say. He switches vocal registers and replicates Colombian colloquial language on the page both precisely and believably. “Penance” is a tour de force example of the narrative tension he achieves through his characters’ restrained conversation, in this case within the intimacy of the confessional. My most important concern as translator was to effectively reflect the simple elegance of this dialogue.

My first decision was to choose how to present the ritual language between confessor and parishioner. At first, I replaced the powerful first word, “Acúsome,” with the parallel language of the English-speaking rite, “Bless me, Father, for I have sinned,” thinking that it would place the English-language reader more quickly into the setting. But I repented later, deciding that the brevity and repetition of the words “I confess” was a crucial drumbeat to start the story.

Upon giving me permission to publish “Penance,” Escobar Giraldo wrote to me that he believes that “the provincial supports the provincial,” his point being that Manizales and my rural hometown of Hillsborough, North Carolina, have a natural feeling for each other. Taking his point, I drew upon the music of my neighbors’ ways of speaking and pictured people I know as I rendered the dialogue: those who stood silently with me as we faced down a Klan demonstration two years ago and a local priest whose LGBTQ-friendly church has been vandalized in recent years by bigots. It helped me to picture them as the actors in the story, playing their parts with dignity and reserve.

I did not translate the word “aguapanela” since this sugarcane-based beverage has no equivalent in English, nor did I exoticize it with italics. I did, however, add the adjectives “nice, sweet” to describe the traditional beverage. Sweetness is important for Escobar Giraldo’s characters, who seek ways to counteract the bitterness social chaos inflicts on them and struggle with their guilty joy over the delicious taste of a rare moment of vengeance and, perhaps, justice. 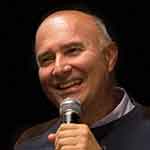 Colombian writer Octavio Escobar Giraldo (b. 1962, Manizales) has received national and international awards for his novels, short stories, and poems, some of which have been translated into French, Italian, and German. His recent publications include the novel Cada oscura tumba (2022; Every dark tomb) and the book of poems Manual de hipocondría (2022; Hypochondria handbook). He is a physician and university professor. “Penance” is his debut in English. Photo by Isaac Meneses Roldán 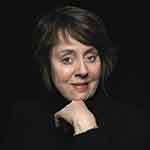 D. P. Snyder (b. 1960, Philadelphia) is a bilingual writer and translator from Spanish. Her translations have appeared in the Sewanee Review, Exile Quarterly, Two Lines Journal, World Literature Today, and Review: Literature and Art of the Americas. She is a contributor to many magazines and is on the editorial board at Reading in Translation. Her first book-length translation is Meaty Pleasures, a collection by Mexican writer Mónica Lavín (2021).