A Boy and His Elephant: A Review of The Architect’s Apprentice, by Elif Shafak 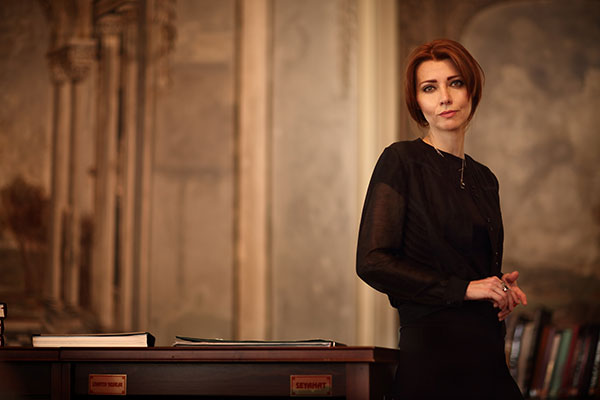 Turkish writer Elif Shafak conquers the task of crossing both cultures and genders in her latest novel, The Architect’s Apprentice (London: Viking, 2014), in which she tells the powerful story of a boy and his elephant friend. Shafak constructs an image of a corrupt, sultan-ruled Middle East in the late sixteenth century by following Jahan, an Indian boy struggling to surpass the strict class system and simply survive as an orphan in ancient Istanbul. Plagued by fear, inequality, and forbidden love, Jahan’s story is both gripping and historical as he aids the palace’s chief architect in constructing and renovating several of Istanbul’s finest mosques, including the legendary Hagia Sophia. Drawing on issues of politics, class, and morality, Jahan’s journey to find justification is narrated with impeccable prose and a distinct magical undertone that compels readers to become lost in the text. The enchanting magical realism, explicit search for morality, and philosophical discoveries that Shafak unveils in The Architect’s Apprentice assemble a novel of wisdom and innocence, equality and transcendence, compassion and humanity. The familial connection that Jahan shares with his elephant, Chota, and the dangerous life that he faces as an orphan lead to a series of conflicts for the boy and an overall distrust in the world and humankind. From seeing his mother killed to coming in contact with some of the most gruesome and menacing human beings, Jahan’s connection with his elephant provides him with both friendship and an escape from humanity. In attempting to keep himself and Chota safe, Jahan takes on the false identity of an elephant trainer in the supreme sultan Suleiman’s palace, ordered to steal jewels from the royal family in order to pay back the debt of his life being saved. While the danger and inhumanity that Jahan faces in the palace is ever present, the distrust that he initially feels toward the human race begins to dissipate as he becomes secret friends with the sultan’s princess daughter and is taken under the wing of Sinan, chief royal architect. Despite the ongoing fear of discovery and a series of near-death encounters, Jahan manages to use his distinct innocence and willingness to learn to climb the social ladder as one of Sinan’s apprentices. In becoming the architect’s apprentice, Jahan enters a world of discovery leading to his final aspiration in the novel: to become an architect himself and build knowledge, construct justice, and create balance in his chaotic world.

“Architecture is a mirror,” contends Sinan, “that reflects the harmony and balance present in our universe,” providing a bit of philosophy that encapsulates Jahan’s mission and the novel’s overall goal. The betrayal and distrust that confront Jahan along his journey are resolved by his vow to find justification, his relentless mission to better himself, and his sincere morality, which saves him time and time again. Much like the architecture in the novel, Jahan’s explicit humanity provides a balance for the callousness and corruption that he comes in contact with and leaves readers with a sense of harmony in the chaotic city of ancient Istanbul. With the help of magical gypsies, powerful figures in society, and his lifelong elephant friend, Jahan’s struggle is vindicated as he discovers humanity in himself and finds justice in the world. Balancing between humanity and misanthropy, the real and supernatural, and low and high classes, Jahan’s story demonstrates how harmony can be found even in a world of chaos. The sense of balance that Elif Shafak engenders in this bildungsroman carries a political, historical, and philosophical undertone, which grounds the novel in qualities of growth, renewal, and transcendence.

A story of discovery, power, balance, and humanity, The Architect’s Apprentice offers a narrative that is both thought-provoking and suspenseful, compassionate and bleak, as powerfully complex as the Ottoman Empire and as beautifully simple as the friendship between a boy and his elephant.

Editorial note: Shafak’s essay “Storytelling, Fake Worlds, and the Internet” appears in the January 2015 issue of WLT. The North American edition of The Architect’s Apprentice is forthcoming from Viking Penguin in March 2015.

Ryann Gordon is an English major and soon-to-be graduate from the University of Oklahoma. An intern at World Literature Today and teacher at a Norman after-school program, Ryann is preparing to embark on her final semester at OU and begin looking for a career in the publishing industry. With a love for reading and proficiency in grammar and prose, she hopes to someday work for a publishing agency as an editor and eventually as a writer.