The Complex and Comic Life of Luis Buñuel

The word CAMERA never appears in my scripts. I don’t prepare. I never know what I’m going to do in the next scene.—Luis Buñuel

Simply mention “Luis Buñuel” as a name, and this Spanish filmmaker who died in 1983 immediately brings up touching and comic surrealistic images in the minds and memories of millions of lovers of cinema. Since I was a high school student, I became hooked on Buñuel’s cinema with that shot in Un Chien Andalou (1929), made with Salvador Dalí, of a razor blade going through a young woman’s eye, crosscut with an image of a thin cloud passing across the moon. 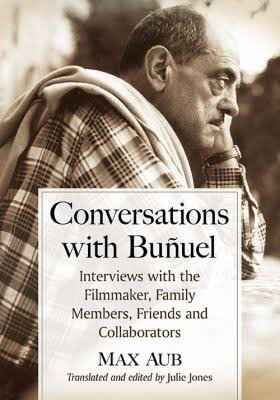 But we now have a book available that is full of engaging insights into Buñuel’s life and cinema by Buñuel’s friend, Max Aub. Aub’s book of interviews with Buñuel, published in Spanish in Madrid in 1985, is now available in English, thanks to an excellent translation and editing work done by Julie Jones: Conversations with Buñuel: Interviews with the Filmmaker, Family Members, Friends and Collaborators (McFarland, 2017). Jones, a professor emerita at the University of New Orleans, has published widely on Spanish American writers of the “Boom,” with a focus on Buñuel’s work in numerous articles for such journals as Cineaste and Cinema Journal.

There have been many fine studies of Buñuel and his films done over the years. But this collection opens the world to what happens when Aub, a respected Spanish-Mexican novelist, screenwriter, critic, and playwright, had close and trusted access to Buñuel, family members, and many individual such as Fernando Rey and Luis Alcoriza with whom Buñuel worked to make his films.

Aub, whose friendship with Buñuel began in Paris in 1925, digs into not only Buñuel’s memories but also the memories of those who knew him well.

Aub, whose friendship with Buñuel began in Paris in 1925, goes beyond what any film scholar has done in digging into not only Buñuel’s memories but also the memories of those who knew him well. As Julie Jones explains in her fine introduction, Buñuel himself “was notorious for feeding the press—and indeed everyone else—versions of his life that were often fanciful, especially regarding any subject he considered touchy.”

Yet the project reached an unexpected crisis as Aub died of a heart attack in 1972 before he could complete the book. Fortunately, however, Aub’s son-in-law, Federico Álvarez, managed to assemble and edit hundreds of pages Aub had transcribed from his cassette recorders for the book published in 1985. And thankfully, the “Personal Prologue” that Aub was working on before he died says everything about how engaging this collection is, and thus a page-turner for sure. Aub notes in his opening sentence:

Today, Sunday, 3 January 1971, after two and a half years of preparation, I am starting to organize all of my papers related to Luis Buñuel, who is becoming a fictional character.

Yes, if Buñuel himself contributed so much to the concept of surrealism in cinema, Aub was very aware that trying to turn Buñuel’s life into a history would be more like constructing a novel. And, through Julie Jones’s engaging translation, Aub does pull us into so many moments and insights that we do in fact feel we are inside a novel.

I could reference hundreds of examples of how special these interviews are that actually read more like conversations between old friends, but here is one that clearly reflects this engaging chemistry between Aub and Buñuel. “No one can escape from himself,” says Buñuel, but Aub immediately responds with, “Yes, he can, by talking about other people. That’s why I write novels and you make films. That’s the only way we can look out into the world.” And with insight and enthusiasm, the dialogue continues.

As for commentary from Buñuel’s friends and colleagues, consider the pleasure and insight provided as Aub interviews Concha Mendez Cuesta, who was Buñuel’s girlfriend for six years beginning when he was a young student in Madrid. Aub asks if it were true that she and Buñuel would often go to a park with Salvador Dalí and a young girl he was dating whom he would throw rosebuds at! Concha, who became a poet and the founder of a press, answers:

It was all very innocent, sentimental and silly, because of our age, well, also because of the way things were back then. They were kids from good families and very puritanical—up to a point of course.

Aub hooks us into his worthy project with such delightful moments as a once-young girlfriend who shares a memory of “silly” innocence.

And it’s important to add that Jones has done more than simply translate, of course, given the complexity of this “carnival” of interviews that were never completed as an edited collection. She has added many useful endnotes and edited the collection, adding notes in the text to explain more fully the moment. For instance, Jones added some parts of interviews found later in the Aub Foundation collection after the book was first published in 1985.

Thus a final toast to Jones for accomplishing what she says she hopes the book succeeds in doing: “I can only hope that readers will share this interest and come to a more intimate understanding of Luis Buñuel and the world he lived in.” 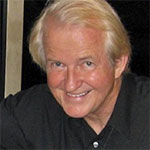