Mame Bougouma Diene and the Promise of African Horror 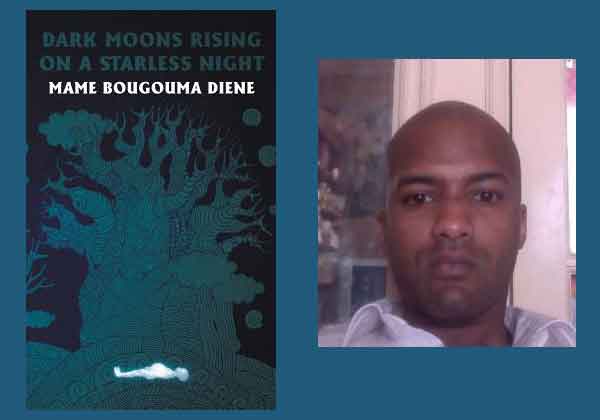 Aside from romance, horror is perhaps the least globally diverse genre of popular fiction by measure of the authors writing in or translated to English. While film seems to have no trouble making horror resonate across languages, cultures, and borders, horror fiction written by anyone but white (and mostly male) Americans and Europeans rarely makes it to the anglophone book market. Dark Moons Rising on a Starless Night (Clash Books, 2018), written by the Franco-Senegalese-American author Mame Bougouma Diene, promises an important response to the overwhelming whiteness of horror, offering four stories that deal with issues as weighted as female genital mutilation, prostitution and drug addiction, sexual and homophobic violence, and the exploitative interests of foreign companies in developing nations. The stories take place across Africa, notably in Senegal and the Tanzanian island of Zanzibar, as well as in Bangladesh, and each deals with some supernatural monstrosity, often drawn from Diene’s extensive knowledge of and research into local beliefs, such as the batlike monster Popobawa, which ignites occasional panics in Tanzania. Described by indie publisher Clash Books as “Laird Barron meets Nnedi Okorafor,” Diene certainly brings important global and especially African knowledges to the horror genre, but the collection leaves much to be desired.

The highlights of the collection are its final two stories, “Popobawa” and “Black and Gold.” Both interweave multiple character perspectives, suture together different views in time, and move between dream/vision and reality to tell stories that meditate heavily on the changes wrought in different African nations by the forces of globalization and neoliberalism, by the staggering effects of poverty, and by the practices of development that have predominated in the interactions between African states and the Global North in the postcolonial period. “Popobawa” is a truly one-of-a-kind demonic thriller about a man who became the Popobawa to avenge his sister. But the demonic power of the Popobawa gets out of control, and he ends up murdering people, largely gay men, with abandon. He is tracked by two nuns who operate a clinic for gay men, people with HIV, and heroin addicts. “Black and Gold” is about a revolutionary movement in Senegal, led by a man possessed with a local being, Leuk Daour Mbaye, a white horse spirit that gives the man godlike powers to shut Senegal off from the world, end corruption, and free the nation from outside businesses seeking to extract its wealth. The story, which draws on local legends like Popobawa, meditates on how revolutionary fervor can easily be co-opted into a hegemonic force that reifies power structures similar to the ones it sought to dismantle.

Diene moves between dream/vision and reality to tell stories that meditate heavily on the changes wrought in different African nations by the forces of globalization and neoliberalism, by the staggering effects of poverty, and by the practices of development that have predominated in the interactions between African states and the Global North in the postcolonial period.

“Popobawa” and “Black and Gold” showcase a genre writer possessed of a sincere literary talent and make Dark Moons Rising worthwhile. Ostensibly, they mark a set of themes woven throughout the collection. But Dark Moons Rising has no impulse toward curation, no collective logic; it presents four longish stories, disregards whether they belong together, and fails to unite them in a single cohesive identity. Nowhere is the lack of curation more obvious than in the second story, “The Whores, the Dealer, and the Diamond,” the title of which suggests something like a heist tale, but delivers instead one of the most obtuse, awkward, and poorly conceived stories I have ever read. In it, a young girl (the Diamond) is a goddess born to a whore, sister to another whore, and daughter of a drug dealer. All, except the Diamond, are repugnant, greedy people, and the story tours the destruction of personal relationships and the breakdown of the family amidst the poverty of the extremely poor in Bangladesh, giving special attention to the Phensedyl drug epidemic. Yet the story is poorly, even confusingly written, and not as a matter of style but as a matter of skill. And while the story attempts to suggest that beauty, even a goddess, can be born from (and snuffed out by) the lowest, poorest, greediest of people, perhaps also suggesting that poverty destroys the humanity of those same people, it falls into misogynist tropes that dehumanize sex workers, and it casts the Global South in the overtly judgmental light of old-school Orientalism, particularly as that frame of reference has understood South Asia as a world of filthy subhumans. Moreover, the story fails to address the theme of development and of the global forces of inequality at play in the social issues it comments on, making it an incongruous fit with the rest of the collection.

Diene’s talent for the primal scene of horror is resplendent with his ability to offer sparse, violent prose that unexpectedly captures the ugliness, disgustingness, brutality of violence that makes us horror readers cringe at scenes by masters like Richard Matheson, Stephen King, or Clive Barker.

The opening story, “Fistulas,” offers the collection’s most vibrant example of the affective power of the best horror fiction, at the same time that it exemplifies some of horror’s most problematic aspects. In “Fistulas,” the horror is appropriately and viscerally grotesque. Here, Diene’s talent for the primal scene of horror is resplendent with his ability to offer sparse, violent prose that unexpectedly captures the ugliness, disgustingness, and brutality of violence and makes horror readers cringe at scenes by masters like Richard Matheson, Stephen King, or Clive Barker. And the horror is fitting, since “Fistulas” is about a Senegalese doctor who operates a free clinic treating victims of female genital mutilation. But the story is really about an impossibly old, sentient baobab tree that eats the blood and bodies of her servants, especially their babies, and causes men to develop vaginas and women to sprout penises. The environment retaliates against female genital mutilation; but the story suggests that the vengeance of nature is not specific to the crime, a thought in line with recent Anthropocene horror/weird fiction like Jeff VanderMeer’s that sees the environment reclaim itself without regard for humanity. But although the vengeance in Diene’s story stems from a specific violence against women, it results in what the reader, or at least the protagonist, is expected to understand as an ultimate horror: the blurring of gender and sex roles, hermaphroditism, transgender people. This horror is never normalized, as might be expected in a progressive story that seeks to upend gender and sexual differences to point to their simultaneous power and arbitrariness, but is instead maintained as the ultimate grotesque. It is a problematic story, to say the least, and does Diene no favors as it is written and certainly not as the opening volley in his horror collection.

Mame Bougouma Diene is clearly an author of some talent, evident in moments when his prose and social observations truly pop. Dark Moons Rising offers a delightful taste of the emerging writer’s capabilities in “Popobawa” and a glimpse at a strong and interesting social critic in “Black and Gold.” Perhaps with a stronger editorial hand to point out the major flaws of his work, Diene will prove to be a unique, powerful new voice in African speculative fiction—a Barron/Okorafor protégé, indeed, but something all his own. 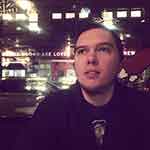 Sean Guynes-Vishniac (@guynesvishniac) is a PhD candidate in English at Michigan State University. He is editor of Punking Speculative Fiction (a special issue of Deletion, May 2018); co-editor of Unstable Masks: Whiteness and American Superhero Comics (forthcoming) and Star Wars and the History of Transmedia Storytelling (2017); editor of The SFRA Review; and book reviews editor of Foundation: The International Review of Science Fiction.