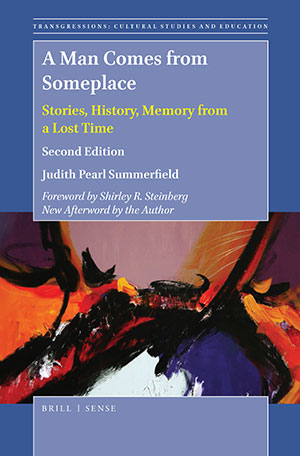 How is Judith Summerfield’s account of the stories she heard from her father meaningful to us, since we each have a story to tell about our own life? In the twelve chapters of A Man Comes from Someplace: Stories, History, Memory from a Lost Time (2nd ed., Brill Sense, 2018), each introduced by a thought-provoking epigraph, the author brings serious research to her father’s oral stories about his early life in Ukraine before World War I, the Russian Revolution, and the pogroms that devastated his world. As curator and transcriber of her father’s stories, Summerfield draws from multiple sources that engage the reader in the stories. Her narrative captures the range, rhythm, and texture of her father’s voice in stories that become “performances” about the harrowing circumstances that had a transformative effect on his life. A hero to his daughter, Moyte (Martin) Perel (1903–1991) saw himself as an ordinary man compelled to describe what he witnessed.

These narratives constitute a bildungsroman, an account of the educational journey of a man coming of age, the youngest of eleven children and the survivor of many vicissitudes, from Russia, through a brief sojourn in Argentina, to the safety of a small coal-mining town in Pennsylvania, where he finally settles and supports his family. In 2011, after her father’s death, Summerfield traveled to western Ukraine, guided by her father’s hand-drawn map of the town. Upon her return to the US, the impact of her journey was so strong that what she witnessed from the past overshadowed her present experience, resulting in a sense of dislocation.

In transmitting the uniqueness of his experiences, Summerfield is also writing a history about the turbulent events that eastern European Jews suffered from the end of the nineteenth century to the middle of the twentieth. For her research, she involves her family across the world and encourages them to continue where she leaves off, by exploring their own family stories.

Summerfield’s A Man Came from Someplace is a far-reaching book that offers us an intriguing story of one man’s journey from turmoil and terror in the Old World to survival in the New. 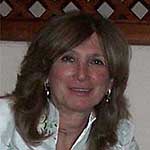 Nora Glickman is a dramatist, fiction writer, and literary critic, who serves as a professor of Latin American and comparative literature at Queens College and the Graduate Center. Her specialties are Jewish literature and women’s studies in fiction and cinema.