Anna Frajlich, who recently added to her long list of distinctions the Susanne Lotarski Distinguished Achievement Award, given by the Polish Institute of Arts and Sciences “for her many contributions to Polish culture in poetry, prose, and literary studies extending over several decades,” gives in The Ghost of Shakespeare (Academic Studies Press, 2020) a landmark sample of her extraordinary literary life. The genealogy of this volume of essays results from her lifelong role as the guardian of and contributor to Polish literary life in exile. Stretching across the twentieth and twenty-first centuries and encompassing Polish, Russian, and Ukrainian authors, her essays are divided into two main sets of topics; the first set is represented by the first three parts (poetry, prose, Russian symbolists), while the second set is represented by the fourth part, entitled “Writing and Exile,” in which Frajlich gathers for the first time essays written in the past twenty years about the importance of language and her own experience of exile in 1969 at the height of the Communist government’s anti-Zionist campaign. Her essays about her fellow exiles gave her a way to deal with her trauma and an opportunity to probe new existential questions. The Ghost of Shakespeare thus fulfills an important historical role while allowing the reader to tease out Frajlich’s beliefs and écriture from the insightful and tactful way in which she constructs the symbiosis between life and art.

The Ghost of Shakespeare fulfills an important historical role while allowing the reader to tease out Frajlich’s beliefs and écriture from the insightful and tactful way in which she constructs the symbiosis between life and art. 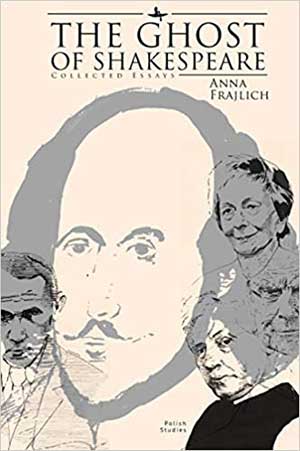 The essays are carefully balanced between scholarly analysis and personal reflection, individual and comparative approaches, detailed textual analysis and historical/intellectual synthesis. In the first three sections of the volume, Ronald Meyer, the book’s editor, has helped assemble essays on five poets, seven novelists, and three Russian symbolist poets. Each section is punctuated by a synthesis revisiting major questions such as modernism in poetry, globalism after 1989, and Russian poetry. All the featured authors were resisters—to tsarist, Communist, or fascist regimes—all experienced war, and most were forced into political exile. They range from two Nobel Prize winners (Czesław Miłosz and Wisława Szymborska) and two multiple Nobel nominees (Zbigniew Herbert, Dmitry Merezhkovsky) to authors (Józef Wittlin, Bronisław Przyłuski, Vasyl Makhno, Valery Bryusov, Henryk Grynberg) about whom Frajlich has contributed to the scholarly debate.

No two essays are alike. The most scholarly section is that about Russian symbolists, the main connection to Frajlich’s life being Rome; the personal reminiscences of “Writing and Exile” focus on her biography. This differential is of great importance, for it justifies the structure of The Ghost of Shakespeare, namely the weaving of important threads. The titular thread refers to the post-1956 Polish writers’ expiation of their blindness to Marxism and communism, discussed here in the poems of Wisława Szymborska and in the analyses of renowned Shakespeare expert and fellow exile Jan Kott. Frajlich’s examination of the influence of Hamlet is followed by her explanation of the reverse impact of truth and lies on jealousy, as seen in Michał Choromański’s Jealousy and Medicine and in Shakespeare’s Othello. Frajlich also turns detective to explain why the ghost of Shakespearean sleeplessness hovers over Szymborska’s 1957 poem “Four in the Morning” and over Kott’s essay “The Kings,” in both of which she finds echoes of their night terrors during World War II.

Frajlich insists that writers never work alone. In her preface, she credits her professors, mentors, and colleagues for giving her professional opportunities and encouragement. Throughout her essays, she scrupulously cites scholars’ analyses, separating them clearly from her own interpretation. She applies this “Frajlich’s law of intellectual integrity” to reveal her fellow writers’ close-knit bonds with Polish academic and literary communities in the United States, Europe, and Israel. Frajlich’s affection for the authors whom she knows personally or through persons who know them shines in her re-creation of this extended literary family.

Exile is all about navigating passages and returns, ceaselessly scouting a changing world and transgressing the borders of sexuality, territories, identity, and language in order to better protect them.

Among the gems of The Ghost of Shakespeare are Frajlich’s pairing of writers: Wittlin and Camus, “unknown soldiers” searching like Hamlet for their father’s grave; Choromański and Weininger exploring jealousy; and Bruno Schulz and Jerzy Ficowski, forever linked by Ficowski’s indefatigable efforts to preserve Schulz’s legacy. Szymborska, who occupies four essays, symbolizes Polish women poets’ major achievements. Last but not least, exile is all about navigating passages and returns, ceaselessly scouting a changing world and transgressing the borders of sexuality, territories, identity, and language in order to better protect them. “Poets always return, in flesh or on paper,” said Joseph Brodsky. Here they are, present in Miłosz’s “ambivalent landscape of return,” Grynberg’s magical, sensual Polish summers, and Makhno’s buoyant description of New York City—beauty re-created from the shared pain of exile.

Having taken her place among her favorite writers, Frajlich, to use an architectural metaphor, supports her cathedral with flying buttresses—but who is the wall and who the buttress? In the end, what matters is the clarity with which Frajlich defines herself, her craft, and her place in history.