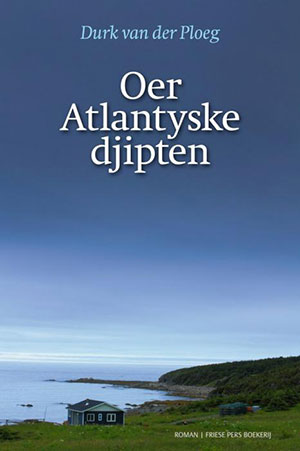 In Oer Atlantyske djipten (Friese Pers Boekerij, 2014), the latest novel by the distinguished Frieslandic writer Durk van der Ploeg, loyal readers will recognize at once the familiar touches of the author’s craft and his interior/exterior landscapes: impressively vivid detail and the bleakness of physical surroundings and of a sensitive soul.

The main character, Edom Koudenberg, recalls another Van der Ploeg loner, Loch Raven in In beferzen mar (2009), both mirroring the forsaken North Sea habitat where they grew up and dealing with the losses that inflicted their scars. The wind-swept coldness of Newfoundland, Edom’s new home, serves to abort his dreams coming true and causes him to lose what he cannot do without.

This, in a sense, is a memory book—a litany of the painful memories of a failed life that Edom records in response to a request for an account of the immigrant experience. It’s a journey of agonizing recall: of a father who forces his studious son to join him on his fishing boat, physically forces his long-suffering wife to board the ship that would forever separate her from all she is attached to, a father whose unrealistic reach always exceeds his grasp and dooms their existence to grinding poverty; of a dearly loved mother whose displaced life failed to flourish; of alienation from his brothers who choose to go their own way and hold him in contempt for not doing the same but who live solitary lives that end in premature death; of his own lost dreams of becoming a helmsman on a freighter. But what preoccupies him more than all this wretched misery is the searing loss of Glenne, his beloved wife, who committed suicide at age thirty-nine. After twenty-two years, Edom still spends his days in self-recrimination and untiring analysis of Glenne’s emotional burdens and his own marital failure.

This, in a sense, is a memory book—a litany of the painful memories of a failed life that Edom records in response to a request for an account of the immigrant experience.

This story of lament moves the sensitive reader to a compassionate understanding of one’s fellow human, whose trajectory is sometimes a steady descent into unmitigated desolation that leaves a broken heart, a broken life. Yet the loyal reader may also experience a growing weariness of too much sameness in Van der Ploeg’s oeuvre: the solitary figures in a mostly vain search for significance, broken by personal failures or cruel fate; the frozen landscapes, both physical and metaphorical; the predominance of despair, only occasionally relieved by a glimmer of hope.

Thomas Hardy was right when he defended his bleak books by saying, “If a way to the better there be, it exacts a full look at the worst.” Durk van der Ploeg may give the same defense. But Hardy’s stories remain compelling because they pulsate with the multifarious life that throbs in nature and in the human heart. Loss and failure, too, come in a great diversity of people and places; and this we hope for in a writer of style and substance that is Durk van der Ploeg. 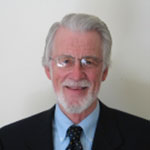 Henry Baron is Professor of English Emeritus, Calvin College, and a native speaker of Frisian.