aya, Wesley Leonard weenswiaani. niila myaamia. As a linguist, citizen of the Miami Tribe of Oklahoma, and participant for many years in my community’s efforts to learn, promote, and speak our tribal language, myaamia—a process I refer to as language reclamation—I have on several occasions encountered a strange question:

This question is sometimes explicit, but more frequently implied by a skeptical or puzzled expression when I explain that my work focuses on myaamia language reclamation. myaamia, technically known as myaamiaataweenki, went out of use somewhere in the 1960s or 1970s and came to be categorized by a term so demeaning that some Miamis refer to it as “the e-word.” (Hint: the word is also used to describe dinosaurs.) myaamia remained dormant until a few Miami people started learning it in the 1990s from historical written documentation. The corpus of myaamia documentation is fortunately large with dictionaries, stories, grammatical descriptions, and information about language usage norms, but there are of course some gaps in these records.

This brings me to a memory of something that happened fifteen years ago, when I was a linguistics graduate student, but it feels more recent.

A senior linguist was dumbfounded when I inquired about words for “baking soda” in languages related to myaamia, which is part of the Algonquian language family. Miamis had not found “baking soda” in the documentation, and a strategy for creating words in such situations is to examine how linguistically related groups express a given concept. I thought this person, a non-Indigenous scholar of Algonquian languages, might provide valuable insights. This, however, did not occur. Instead, they disparaged the idea of even asking about such a specific word, claiming this was pointless for my community since our language was so far gone.

“You want a word for baking soda?!”

(Well, yes; that’s why I asked about it. The need for the word emerged when some Miami people were making miincipi waawinaakani, ‘cornbread.’)

A significant part of my professional work involves challenging the e-word and naysayers of language reclamation like Dr. Baking Soda. This partly occurs by my pointing out that even if a language has no living speakers, it can be brought back into use so long as it is documented and claimed by people who want to learn it. This is an attested process: many Miami adults now speak myaamia. Some children acquire myaamia at home, alongside English. Community members increasingly locate themselves as Miamis by introducing themselves in myaamia, as I did for this essay. Some Miamis tweet in myaamia.

A significant part of my professional work involves challenging the e-word and naysayers of language reclamation.

However, this sort of logical explanation and evidence goes only so far. Notions of Native American languages “disappearing,” “vanishing,” or “become e——” reflect broader and powerful colonial logics that render Native Americans into objects of history and deem illegitimate anything that misaligns with dominant society’s ideas about “authentic” Native American cultures and languages. Through this line of thinking, speaking a Native American language doesn’t necessarily count as evidence of its vitality. Even after twenty-five years of myaamia language reclamation, some scholars continue to describe myaamia with the e-word, and somebody always reverses the corrections I make to the Wikipedia entry for myaamia. (As of this writing, it includes the e-word, though there is ironically also mention of myaamia’s “revival.”)

It’s true that there are many Miamis who have not learned to speak myaamia, and perhaps never will. However, they now have some connection to their language and can choose to learn it. This is tremendously important given the historical context: not long ago, the more common situation in my community was a lack of connection to myaamia, and even the minority who felt connected to it didn’t have access to it. When focusing on Native American and other Indigenous languages, as often occurs in theories of language endangerment and recovery, people easily miss this and similar details. Reclamation requires that one ask whether community members feel connected to and have access to their languages. Reclamation intervenes in the underlying causes of Native American language shift rather than in the languages themselves.

One of the major underlying causes of myaamia language shift was two forced removals of my ancestors—first from the original Miami homelands in Indiana to Kansas, and later to Oklahoma (then Indian Territory). There are accounts of my ancestors taking handfuls of Indiana dirt with them, which is not surprising given that Miami culture significantly reflects a relationship with these homelands. Today, in addition to reconnecting to original homelands by having language programs there, my community addresses dislocation from land by using land-based pedagogies to teach myaamia and by naming new Miami spaces in myaamia. I keep in my own house a gift from our tribal chief: a vial with dirt from Indiana, Kansas, and Oklahoma.

Also fundamental were federal Indian boarding schools whose goal was to “civilize” and assimilate Indian children to white culture. Native American languages were thus largely banned, and students were physically punished for violating this ban. I have heard stories of relatives who attended boarding school and were “not allowed to talk Indian.” Given how I felt when Dr. Baking Soda disparaged me for merely asking about a word in a Native American language, I can only imagine what it would be like to experience physical punishment for actually speaking one.

I close by returning to the question of “Why?” I imagine that this query comes across as strange to me because I process it not through colonial logics but rather through my experiences as a Miami person, a lens from which the need for language reclamation is self-evident: a goal of colonization is to remove Native American languages from the places and situations in which they thrive. Language reclamation responds by reconnecting community, land, and language. Speaking myaamia, even just the basic greeting aya, addresses boarding school experiences by putting back into a positive cultural context what colonizers attempted to dismantle. Most important, language reclamation fosters well-being by restoring relationships, the importance of which is captured in our language: myaamia has a verb, aweentii-, which means ‘to be related to each other.’ The corresponding noun, aweentioni, means ‘peace.’ 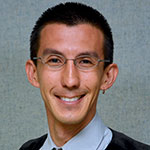 Wesley Y. Leonard is a citizen of the Miami Tribe of Oklahoma and an assistant professor of ethnic studies at the University of California, Riverside. Supported by a PhD in linguistics and experience in Native American language reclamation efforts, he builds capacity for Native American communities engaged in language continuance.