For Indigenous peoples, the political is environmental—our struggles are most fundamentally about and for the land. This is not a liberal stance, not an environmentalist stance, not a Marxist class-struggle stance. It is an Indigenous stance that may touch on points within the above positions yet offers the world something distinct, something fundamentally different that seeks to benefit all those who have a right to life, that is, all things living—and this includes plants, animals, landforms, waterways, and the many other beings with which humans must maintain respectful relations.

Our political movements are crucial for voicing Indigenous critiques of settler colonialism and alternatives to capitalist modes of production. For this reason, I was compelled to lend my energy and abilities to the #NoDAPL movement at Standing Rock in 2016. It was a brief stay, but I was fortunate to see and participate in the force of collective political struggle in solidarity with the Oceti Sakowin—the People of the Seven Council Fires. The militarized police forces that faced off against unarmed water protectors at Standing Rock showed us the power of asserting this alternative view of the world and the threat it presents to entrenched state and private economic interests.[i]

Our political movements are crucial for voicing Indigenous critiques of settler colonialism and alternatives to capitalist modes of production.

We now see similar efforts to degrade sacred landscapes and the Indigenous movement to protect them at Mauna Kea in Hawai’i—only this time the degradation is in the name of Western science and a thirty-meter telescope. But, as Native Hawai’ian scholar Maile Arvin asserts, this fight is part of a long history of Indigenous resistance to colonialism that continually exposes its holes and changes its course.[ii] We need this generative power of Indigenous political activism and its ability to transform how settler society views its relationships to Indigenous nations and to the land. I’m inspired to have stood beside Native Hawai’ian activists at Standing Rock back in 2016, and to see Standing Rock citizens stand in solidarity with Mauna Kea kia’i today.

I am also inspired by a different sort of activism—the inward-turning revitalization work with which I am actively engaged within my own community. In describing individuals whom he calls “language activists,” David Treuer (Ojibwe) writes, “instead of looking out at the government and the mainstream and trying to convince them of something, [language activists] are looking in and are trying to convince their fellow Indians of something else.”[iii] This terrain of language and cultural activism is where most of my energy resides as a community-based researcher and scholar-activist. Of course, “outward” and “inward” forms of activism inform and stand in relation to one another. Nevertheless, they take different forms in practice.

I am a Cherokee Nation citizen, raised in Dallas, Texas. Although I grew up away from our tribal land base, I made the journey back to my community and extended family in summer 2004 through a job with the Cherokee Nation’s Environmental Services Office. It was through my work to develop a tribal ethnobotany project that I formed relationships with elders and knowledge-keepers throughout the rural parts of northeastern Oklahoma, which led to the formation in 2008 of the Cherokee Nation Medicine Keepers—a small group of Cherokee elders raised with land-based knowledge who wished to make a concerted effort toward its continued use and revitalization among younger generations of Cherokees.

I have been fortunate to continue my work with the Medicine Keepers through the years, most recently through a five-year National Science Foundation–funded project.[iv] We are building a multi-sited community-based project to understand (1) how Cherokee people are navigating and responding to ongoing social and environmental challenges, including knowledge loss, language loss, and the decreasing access to and availability of subsistence resources, (2) how Cherokee people see this influencing their overall health, and (3) how their actions might inform comprehensive strategies for climate change adaptation, tribal land conservation, and cultural revitalization. As an integrated research and education project, the Medicine Keepers and I—along with a staff of tribal biologists—are working with a cohort of five Cherokee students to train them in Cherokee knowledge and language, botany, biology, and tribal natural resource management strategies. This educational component aims to build a cohort of tribal environmental leaders that can creatively address future issues from culturally grounded perspectives.

Indigenous land education is one way of enacting a “radical relationality” that can mend severed sacred relationships between Indigenous people and nonhuman beings and work to restore traditional practices that embody foundational ethics, values, and teachings.

In this work, I find myself constantly asking: How did we get here? What is the significance of our efforts in historical context? Numerous scholars and activists position Indigenous land education in relation to the legacies and current manifestations of colonial violence that have created the need to rebuild relationships to land and to one another.[v] Indigenous land education is one way of enacting a “radical relationality” that can mend severed sacred relationships between Indigenous people and nonhuman beings (including plants, animals, landforms, and spirits) and work to restore traditional practices that embody foundational ethics, values, and teachings.[vi] Thus, land-based praxis, or what Dene scholar Glen Coulthard terms “grounded normativity,” unsettles settler colonial ways of knowing and centers land and relationality as pedagogical principles.[vii]

Contrary to popular belief, Indigenous people do not have an innate connection with the land. Rather, Indigenous peoples maintain a set of relationships with other-than-human beings that are formed through tribal- and place-specific teachings and traditions. Many Indigenous peoples have had to contend with forced displacement (my nation being one of them). From this dispossession has come profound changes that have threatened to sever those relationships with land and other-than-human beings.[viii] This was and is still compounded by capitalist incorporation, which seeks to obliterate those relationships and threatens many Indigenous land-based ways of life. How do we connect and engage with the land while embracing technologies that aid our political aspirations for sovereignty and self-determination? Capitalism and the settler state present to us a false binary between political and ecological engagement; modernity and tradition.[ix] In this binary, total ecological engagement requires that one occupy the fringes of the capitalist system (i.e., living “off-grid”), making the possibilities for political engagement with the settler state marginal at best.

Yet to say that the political is environmental requires the rejection of this false binary that capitalism and settler colonialism try to get us to swallow. Our political engagement cannot be separated from our ecological engagement because the very foundation of our political activism centers the defense and maintenance of our relationships with the land. Standing Rock showed us the need for settler political and ecological engagement to align with the goals of Indigenous liberation and, by extension, the liberation of the land and all people. It showed us that supporting Indigenous sovereignty and land rights benefits everyone.

Accordingly, if Indigenous political and ecological engagement are inextricably intertwined, then the related but inward-turning “cultural activism” also frames the potential of, and therefore works to enact, Indigenous futures in which we articulate and advocate for our relationality with a sentient and living land inhabited by other-than-human relatives and spirits. At stake is a future in which those relationships can flourish alongside settler society’s respect for Indigenous sovereignty and allied action toward Indigenous and ecological liberation.

[i] See Nick Estes, Our History Is the Future: Standing Rock Versus the Dakota Access Pipeline, and the Long Tradition of Indigenous Resistance (Verso, 2019). 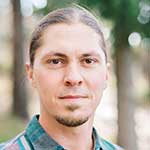 Clint Carroll (Cherokee Nation) is an associate professor of Native American and Indigenous studies in the Department of Ethnic Studies at the University of Colorado Boulder. He works at the intersections of Indigenous studies, anthropology, and political ecology, with an emphasis on Cherokee environmental governance and land-based resurgence.