Sri Lankan History and Literature Deserve a Place in Our Classrooms 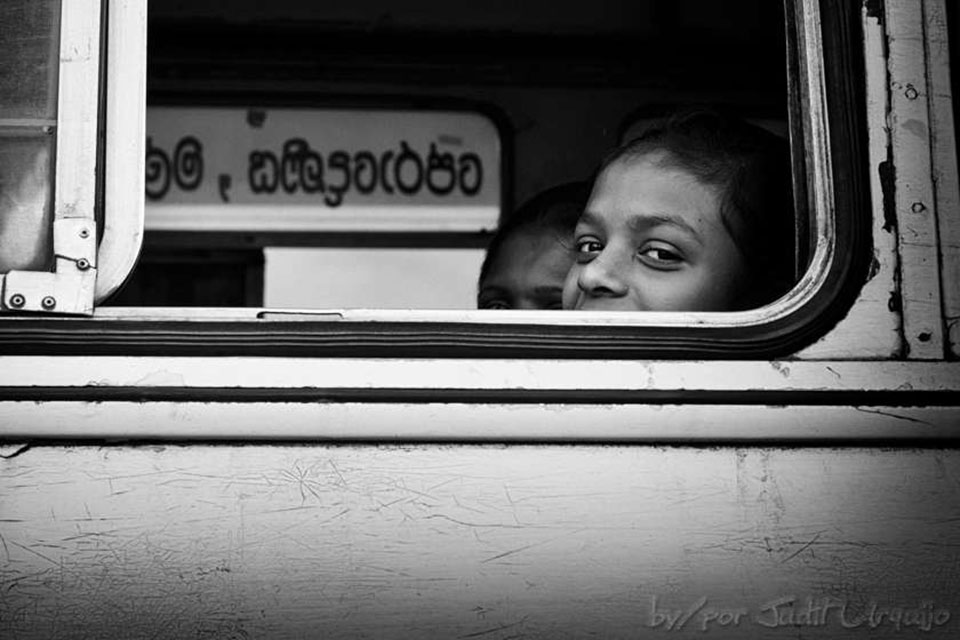 After spending time in Sri Lanka and traveling easily in a country that was fractured until only a few years ago, I came to realize the importance of adding Sri Lankan narratives to my courses.

The train ride from seaside Colombo to Anuradhapura in central Sri Lanka is bumpy, so bumpy I cannot read the book sitting on my lap. I pass verdant landscapes marked only by thin, dusty walking trails. A lone motorcycle kicks up dust through my peripheral vision. I am grateful the TV over the aisle is muted; it shows Runaway Train. So while I find comfort in its setting—a fake PA town—I am less comforted by its plot—a train on the verge of crashing.

But the ride the next day from Anaradnapura to northern Jaffna suddenly turns from bumpy to smooth. And I know that I have transitioned to the new tracks, ones that delineate between past and future for a knowing rider. This ride I am taking is a new luxury for Sri Lankans wanting to go to the northern part of the island nation, for until 2014 the Jaffna Peninsula was unreachable by train. The nation’s civil war between the Buddhist Sinhala majority and Hindu Tamil minority meant the tracks were bombed out, family members in the north unreachable, goods from the south impossible to get. During those decades, the smooth highways I rode earlier in my trip to Galle didn’t exist either. The country was divided, and its people immobile.

I had known that Sri Lanka endured a civil war thanks to novels. I could find Sri Lanka on a map. But only when in Sri Lanka did I learn that the civil war was not a distant memory but instead a phantom standing right behind its people, as it only officially ended in 2009.

I came of age in the 1980s, when MTV was showing videos about a man named Biko and artists were boycotting Sun City. Part of my deep commitment to social justice today stems from learning about apartheid in South Africa, watching it crumble, and then—as a scholar—watching its populations try to heal through literature, public hearings, and music. As a person that has studied, taken students to, and taught about South Africa with a specific eye toward the Truth and Reconciliation Commission and how the nation works toward healing post-apartheid, I would argue that today’s students would benefit from learning about Sri Lanka during their secondary educations—just as I learned about South Africa during mine—because during their lifetimes they will be witnessing this nation attempt to recover from a twenty-six-year civil war. Introducing them to the politics, history, and literature of this nation will give them the foundation for considering other nations doing the hard work of remembering loss and recovering from it.

Testimonials of the war are just coming to light as people begin to recover and feel like they can tell their stories of being kidnapped to become teenaged soldiers, fleeing bombings, searching for loved ones, and being displaced in their own nation. Though all the testimonials that come to light in the next years deserve attention, some are too graphic for a secondary education classroom, though appropriate for a higher ed setting.

Teachers who are interested in learning about the historical, political, and cultural foundations of the war will find Rohini Mohan’s The Seasons of Trouble: Life Amid the Ruins of Sri Lanka's Civil War invaluable. Mohan uses the stories of three people—Sarva, Indra, and Mugil—to tell the story of Sri Lanka’s war and the ongoing recovery. As I read this book on the smooth train ride back from Jaffna, I told my mate that history will look back on this text as a seminal work in the literature of war and recovery. Secondary teachers will need to read the entire text to get a sense of what parts can be excerpted for the classroom. Much of the narrative is told through two teenagers’ perspectives as they come of age in a warring nation, a perspective students can benefit from as they come of age alongside Sarva and Mugil and live in the same globalized world.

Sri Lanka is a current and rich example for students of what it means to come together as a nation and a population after a civil war taught generations to see the other side as the enemy.

From a literary standpoint, Shyam Selvadurai’s coming of age novel Funny Boy may be appropriate for some older secondary readers and would work well in a higher education classroom. This novel tells the story of the war from the perspective of young boy, Arjie, who grows up in a Tamil household and who finds the distinction between male and female gender roles as harmful as the strict line between the Buddhist Sinhala majority and Hindu Tamil minority. Written in six parts, this novel may also work in an excerpted form to introduce students to a first-person fictional narrative from a Tamil perspective.

Sri Lanka is a current and rich example for students of what it means to come together as a nation and a population after a civil war taught generations to see the other side as the enemy. Studying the Sri Lankan efforts to reconstitute itself as a whole nation will give students the opportunity to ask critical questions about civil war: Why do wars start? How do people that see each other as friendly neighbors come to believe those same neighbors are the enemy in a short period of time? Who controls the narrative during wartime? What does it mean for children to grow up during a war? What does it mean to be a displaced person on the same soil you used to cultivate? How does a nation come back together and heal while simultaneously learning the stories that were kept silent during the decades of war? If we can get students to consider these challenging questions early in their academic career, they will be well positioned to tangle with these issues when it is up to them to work within conflicts that arise during their adult lives.

Colleen Lutz Clemens is professor of non-Western literatures and director of Women’s, Gender, and Sexuality Studies at Kutztown University. Her current work focuses on best practices for teaching world literature to encourage dialogue on social justice and intersectionality.