Berlin poet, essayist, and playwright Esther Dischereit responds to the Russian invasion of Ukraine and the shelling near Babyn Yar, the site of Nazi Germany’s 1941 massacre of 33,000 Ukrainian Jews and thousands of other victims. With Soviet poet Yevgeny Yevtushenko’s 1961 poem about the massacre as a point of departure, Dischereit’s reflections suggest how Soviet memory of the Second World War and the Holocaust, hard-won in the Khrushchev era, is now inverted by Putin and the Russian right and mobilized for a brutal attack on Ukraine.

“‘Beat the Yids. Save Russia!’” A few lines further on, it reads: “O my Russian people! / I know / you / are international to the core. / But those with unclean hands / have often made a jingle of your purest name.” And a few lines later: “How vile these antisemites— / without a qualm / they pompously called themselves / the Union of the Russian People! . . . / We are denied the leaves, / we are denied the sky . . . / In my blood there is no Jewish blood. / In their callous rage, all antisemites / must hate me now as a Jew. / For that reason / I am a true Russian!”

These are excerpts from Yevgeny Yevtushenko’s 1961 poem Babiy Yar, which came to be known around the world. Paul Celan translated it into German.

On March 2, the Russian military attacked the television tower in Kyiv, near the Babyn Yar Holocaust Memorial. The Ukrainian president, Volodymyr Zelenskyy, declared: “For any normal person who knows our history, world history, Babyn Yar is a special part of Kyiv.” This attack shows, he said, that for the majority of Russians, Kyiv is foreign territory. Babyn Yar, Zelenskyy continued, is a site for the memory of those killed here by the Nazis. “They are killing Holocaust victims for the second time.” Zelenskyy called to mind the particular significance that he says the memory of Babyn Yar holds in the culture of his country. Following Nazi Germany’s attack on the Soviet Union in 1941, on September 23 the Germans occupied Kyiv. Their Einsatzgruppen, with the assistance of Ukrainians, murdered 33,000 Ukrainian Jews.

In 1976, a memorial was erected here. But it was the Russian poet Yevgeny Yevtushenko who, in 1961, first established this site of remembrance with his poem of the same name. With his Symphony no. 13 in B-flat minor, composer Dmitri Shostakovich dedicated his work to the memory of the slain. Both men were subjected to sharp criticism for their stance against Russian anti-Semitism. Shostakovich’s work was dropped after a few performances. “They know nothing about our capital, about our history,” the Ukrainian president said of the attack near this historic site. One could add that perhaps they know nothing of their own history either; Yevtushenko understood his poem very much as an expression of Russianness.

It is difficult in Germany, especially in Berlin, to celebrate the 8th of May as a Day of Liberation and to hold the Russian liberator in esteem and respect.

It is propaganda when Vladimir Putin refers to the war as a “denazification program.” For that, there would be no need to launch an invasion of Ukraine in violation of international law; the program could be carried out in Russia itself. This has been apparent for a long time. And that is what makes it difficult in Germany, especially in Berlin, to celebrate the 8th of May as a Day of Liberation and to hold the Russian liberator (more than 8,000 Poles fought and died here as well) in esteem and respect. Russian groups with plainly right-wing extremist orientations show their colors every year on this occasion. And Jewish people who immigrated to Germany from the former Soviet Union, mainly in the 1990s, hardly had happy news to deliver about their circumstances at home. Zelenskyy explicitly calls on all Jews around the world to take a position. He warns of Nazism and says: “Nazism is born in silence.” And: “It is important that all of you, millions of Jews around the world, are not silent.” 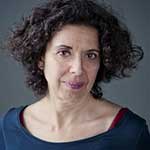 Esther Dischereit is a poet, essayist, and playwright in Berlin. She is the author of the essay collection Mama darf ich das Deutschlandlied singen (2020) and editor of Hab keine Angst, erzähl alles. Das Attentat von Halle und die Stimmen der Überlebenden (2021). Her verse collection Sometimes a Single Leaf appeared in English in 2020 (Arc Publications) and was reviewed in the Summer 2020 issue of WLT. 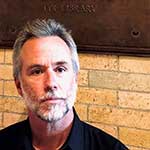 Kizer S. Walker is an academic librarian, translator, and writer in Ithaca, New York. His translation of Martin Seel’s The Arts of Cinema was published by Cornell University Press in 2018.