By far the most talked-about award of this year’s Pulitzer cycle was the Pulitzer in music, awarded to Kendrick Lamar for his fourth studio album, DAMN. The discussion has ranged from confusion to distaste, but few can deny that Lamar deserves the recognition and respect the award indicates. On the contrary, Lamar has received accolades from musical and literary critics alike for his work in the past, particularly for its lyrical complexity and thematic cohesiveness from album to album. His 2015 album To Pimp a Butterfly has been widely regarded as one of the most delving, dominant, and downright beautiful musical compositions of the decade, if not of all time. For many, this win is a signal that the Pulitzer is finally catching up after an infamous track record of stuffiness and lack of representation for marginalized groups.

The main issue to be had with Lamar’s win, it seems, is that he doesn’t need it.

The main issue to be had with Lamar’s win, it seems, is that he doesn’t need it. Pulitzers in music have traditionally been awarded to classical and jazz compositions, genres that fly by the seat of their grants and survive off the skin of their endowments. The monetary prize and notoriety that come with a Pulitzer may seem paltry to an artist whose album is already topping charts and raking in millions. Much like in the case of Bob Dylan’s 2008 award, many are also saying that rather than being an accurate accolade selflessly given to a deserving artist, the inclusion of these more mainstream figures in the selections for the Pulitzer is more of a publicity choice for the award itself—after all, how many more people are now aware that there is a Pulitzer in music since Lamar’s win has warranted such discussion? And are those who were already aware any more likely to respect Lamar, his work, or his genre for taking an award away from a more traditional composer or piece?

Lamar clearly has a deep understanding of the effectiveness of his words, as his consistent use of literary devices such as anaphora, epistrophe, and apophasis contribute not only to the form of his language but to his musical composition as well. The central nature of verbiage to rap has been compared to that of the sung lyric in opera. Some have even gone so far as to say that Lamar’s work is representative of an oral history of black culture in the twenty-first-century US. Others have compared his past albums to novels in their structure. In this same vein, DAMN. is fraught with religious references, setting up Lamar not as a youth coming of age or a revolutionary coming into his own, as his previous albums have, but as a Christ-like figure taking on personal torment to speak for his people. Lamar does not revel in being chosen to save—rather, he is the Messiah during his time in the desert, tempted and tortured but determined. Like any great novel, the interlocking themes and imagery on DAMN. are complex and warrant inspection and investigation as often as they warrant re-listening.What is perhaps most interesting about this award from a literary perspective, however, is how it centers the spoken word as an instrument of importance, both musically and socially. Rap as a genre very obviously centers language as one of its core elements and driving forces, but this is particularly true in the music of Kendrick Lamar. Lamar’s albums, DAMN. included, prominently feature “skits”—pieces of spoken material that are not necessarily part of any song, though they may take place within one. These skits contribute to the arch of the album, often in fundamental ways, such as the introduction provided by the skit in DAMN.’s first song, “Blood.”

What is perhaps most interesting about this award from a literary perspective is how it centers the spoken word as an instrument of importance, both musically and socially.

Whether or not this award signals a change in the genres that will be considered for Pulitzers to come, the acknowledgment of the power of words and the power of narrative in a musical sphere is most certainly an interesting shift. We will be watching this trajectory as well as that of Kendrick Lamar’s career with great interest. 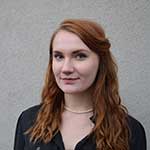