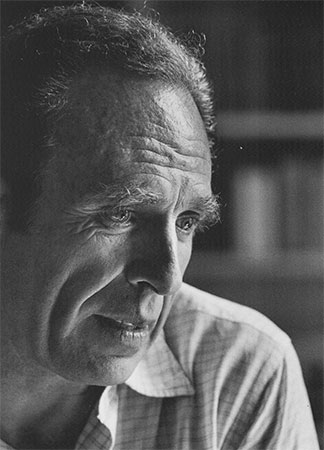 Today, September 15, would have been Adolfo Bioy Casares’s 100th birthday. A protégé of Borges, his science-fiction novel The Invention of Morel is considered a groundbreaking work in Latin American fiction and went on to inspire generations of writer,  filmmakers, and video game designers. This story is inspired by Bioy Casares’s story “The Celestial Plot,” the title story of a collection by the same name published in 1949. Bioy Casares was the recipient of numerous national and international literary prizes, including the prestigious Cervantes Prize in 1991.

The Astros amaze everyone from the moment they enter the field, because only one player enters: Luis Augusto, the goalkeeper, who after putting on his blue jersey, takes to the field enthusiastically and begins to do the most bizarre things during the warm-up. He raises an arm so high it looks like it’s going to blast off his shoulder into orbit (“Blaaast offf!” the TV commentator roars); one leg tightens then relaxes, the other shakes; his head turns and so does his waist; his tongue sticks out and dances around between his teeth; and all eleven of the opposing team, not to mention the thousands of spectators in the stadium and the millions at home, are filled with terror (or believe it’s a trick, part of the show, special effects) when Luis Augusto’s theatrical, magician-like gestures finally achieve their mission, and the goal (that is, the two vertical posts and horizontal crossbar that delineate the scoring area) illuminates in a bright, glowing white light, and out of it, as if out of a fog, one-by-one, the other Luis Augustos emerge—the strikers, the midfielders, and the defenders—all ready to start the game, each with the same face and the same lean, hard body, ready to run and run and run.

“Luis Augusto! Tell us about the match.”

The famous songstress, who’s standing to the left of the announcer, doesn’t know what to say, so she winks and smiles at the camera. To her right, Juan José Arreola doesn’t even deign to look at her, nor does he offer an opinion (you see, storytellers and poets of his generation are almost never invited to comment on soccer games anymore) on her or on the man who at this very moment blurts out:

Instead, he raises his right hand slightly and with perfect diction, without stumbling even once, begins to orate about a book by he-doesn’t-remember-which communist author, who posits the possibility of infinite simultaneous universes in which every man is repeated to eternity. The station cuts to commercial before he can finish, but in the locker room, out of sight of everyone, the Luis Augustos are talking and telling each other stories (or the same story eleven times [or almost the same story: always with the same characters, the same places, but from one Luis Augusto to another, the details, the tribulations, the sadness, and the joy of the endings always vary]).

Translator’s note: Alberto Chimal borrows the name of his protagonist, Luis Augusto, from a name referenced in Bioy Casares’s short story, “The Celestial Plot.” In real life, Luis Augusto was Louis Auguste Blanqui, a nineteenth-century writer who posited in a treatise titled Eternity through the Stars that every chain of events is bound to repeat itself eternally in space and time. This theory provides the basis for “The Celestial Plot” and “The Celestial Team.” In Bioy Casares’s story, a test pilot, Ireneo Morris, is injured in a crash and awakes in a hospital to discover that he has been accused of being an impostor, a spy. With the help of the narrator, Morris learns that when flying the plane he entered a parallel universe, where everything and everyone is slightly different. The idea of multiple, parallel, and repeating universes is a frequent trope in Bioy Casares, Borges, and many writers influenced by their work, including Chimal, who contemporizes his adaptation by adding a reference to Juan José Arreola, a prominent Mexican author, who in 1994 at the age of seventy-four is invited to provide commentary for a World Cup match for Mexico’s Televisa. Chimal’s “songstress” is an oblique reference to the Mexican singer Thalía who appeared alongside Arreola.  “The Celestial Team” first appeared in La ciudad imaginada, Libros Magenta, 2009. 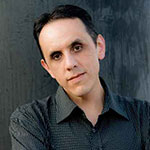