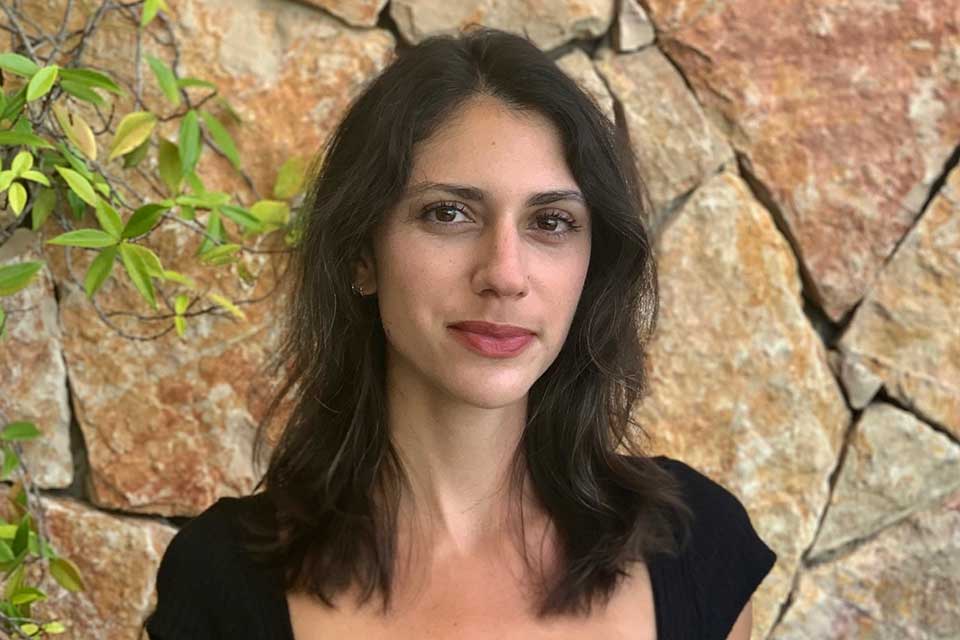 Emma Ramadan is a literary translator based in Providence, Rhode Island, where she is the co-owner of Riffraff, a bookstore and bar. She is the recipient of an NEA Translation Fellowship, a PEN/Heim grant, and a Fulbright scholarship (see WLT, Nov. 2015, 32). She has translated over a dozen books, including Sphinx, by Anne Garréta, which was the first English translation of a book by a female member of the Oulipo, and Pretty Things, by Virginie Despentes.

Veronica Esposito: What has changed in the translation world since you emerged as a translator several years ago, and where do you think these developments are headed going forward?

Emma Ramadan: I see a lot more translators writing about their translation process in very personal ways and in large-scale venues, which I think is fantastic, and hopefully symbolic of the craft of translation being taken more seriously and also celebrated more widely. Two recent pieces I loved were Lara Vergnaud writing about translating Ahmed Bouanani’s The Hospital for The Paris Review and Laura Marris writing about retranslating Camus’s The Plague during our current pandemic for the New York Times. I’ve also been obsessed with Yasmine Seale’s erasure art around her retranslation of The Thousand and One Nights, which she wrote about for the Poetry Society. These last two also speak to a larger trend of women retranslating classics that have been translated repeatedly but only by men over the years, like Emily Wilson’s celebrated retranslation of The Odyssey.

I was also surprised and warmed by how much translation programming was scheduled for this year’s AWP conference. This seemed to speak to wider acceptance of translators into the literary fold and a more serious exploration of the overlap between translation and writing. Translators have often been sidelined, kept apart at their own conferences, as if the field of translation doesn’t have anything vital to contribute to the field of writing (and vice versa).

Esposito: What are the most interesting developments in queer writing in translation, and where do you hope to see the field go in that regard?

Ramadan: There has been more writing about and exploration of the “queering” of translation and what a “queer translation” can be. Some good places to start if anyone is interested in that are Allison Grimaldi Donahue’s piece for ALTA and B. J. Epstein’s piece for Words Without Borders. Johannes Göransson’s book Transgressive Circulation is also a really wonderful complication of ideas around translation.

As for writing in translation by queer voices, there is simply not enough, still. It’s wild that it has taken publishers, especially larger publishers, so long to catch on when the readership is there, people are hungry for these books. Some recent queer translations I’m interested in include An Apartment on Uranus: Chronicles of the Crossing, by Paul B. Preciado (translated by Charlotte Mandell) from Semiotext(e), Girls Lost, by Jessica Schiefauer (translated by Saskia Vogel) from Deep Vellum, and the forthcoming They Say Sarah, by Pauline Delabroy-Allard (translated by Adriana Hunter) from Other Press,  and The Tree and the Vine, by Dola de Jong (translated by Kristen Gehrman) from Transit Books. I’ll also insert a plug for A Country for Dying, by Abdellah Taïa (translated by me) from Seven Stories coming in September (see WLT, Sept. 2013, 45).

This is not a complete list, of course, but my point is we need more, and we need a wider range of queer voices that testify to the complexity of queer experiences, including trans voices. In the meantime, we’re missing out on so much.

We need a wider range of queer voices that testify to the complexity of queer experiences, including trans voices.

Ramadan: As a bookseller, I am fortunate that every day I get to see what customers respond to, what sells, and I am also going through publishers’ catalogs constantly so I’m aware of who is publishing what, and in that sense it helps me a great deal as a translator, to have this information about the industry and to be able to pitch more effectively.

Conversely, as a translator, I am inherently interested in reading what other translators are working on, and so I’m able to hand-sell books in translation to my customers who might never have picked up these books otherwise. Our customers come to us because they know we aren’t just any other bookstore, and that we prioritize selling books they might not find elsewhere, especially books in translation, so knowing about these books helps us pair customers with things that will really resonate with them and not just the same ten books that get written up on every yearly list and put out on every bookstore’s table.

Esposito: With regard to fairness for translators in terms of pay and working standards, where do you believe we should be headed?

Ramadan: This is a tough question to answer. I don’t think standardizing pay across the board makes sense for the field of translation, where every project is so different, and every translator’s circumstances are so different. That said, I do think there should be a minimum acceptable per-word payment, and that it should go up every few years, as wages ought to do, because the cost of living goes up. I would also like for the industry to get away from work-for-hire contracts—ideally all translators would be offered royalties and copyright in their contracts. And of course, no translator should have to beg for their fee to be paid on time. I think sometimes people forget that most translators are not university professors translating on the side. Literary translators are hired because we have the emotional and intellectual and utterly human capacity to convey literature in a new language. Our humanity is what makes us effective translators. And yet so much of the job can be dehumanizing. I think we’re on the right track, but we’re not there yet.

Literary translators are hired because we have the emotional and intellectual and utterly human capacity to convey literature in a new language. Our humanity is what makes us effective translators.

Esposito: In terms of diversity, what do you hope to see more of in translation?

Ramadan: I would love to see more hybrid works, more experimental prose, more short novellas, more stuff that doesn’t fit into neat categories of literature. Also, like the publishing industry in general, we’re still behind on the representation of writers of color, trans writers, queer writers. Even among some of the most interesting small presses, these voices are still underrepresented. Also, I am always saying this, but I want more weird writing, funny stories, delicious books! Books in translation are rarely pitched as fun, joyous, or just plain well written. But then when publishers do take a chance on those books, it works—for example, Paradise Rot, by Jenny Hval (translated by Marjam Idriss) from Verso has been one of our all-time best-sellers at our bookstore.

Or look at Europa’s incredible success with Elena Ferrante. Readers want that stuff, they don’t only want to read Nobel Prize–winning books about war and suffering. I think this is what keeps the average reader daunted by books in translation, this idea that they aren’t typically fun. I’d love to see the translation field embrace more fun books, and more messy books.

I am always saying this, but I want more weird writing, funny stories, delicious books!

Esposito: What books strike you as emblematic of where the field should be headed?

Ramadan: My idea of a great book in translation is a book that is doing something different from what’s already being published in English. For that reason I’m a huge fan of Marie NDiaye, Hilda Hilst, Clarice Lispector, Ariana Harwicz. I think everything Action Books does is genius. Same with Ugly Duckling Presse (I’m particularly excited for Don Mee Choi’s essay Translation Is a Mode = Translation Is an Anti-Neocolonial Mode), and Dorothy, a publishing project, and co•im•press. These are presses publishing the writing that excites them to the utmost, daring to publish things that are messy and strange and sometimes frankly difficult but always sort of thrilling, and in turn as a reader I am fucking excited by the things they publish.

I thought Nightboat’s Paraguayan Sea, by Wilson Bueno (translated by Erín Moure), was really cool, written in a blend of languages that Moure then translated into her own multilingual prose, and I’m excited for Open Letter’s book The Adventures and Misadventures of the Admirable and Extraordinary Joan Orpí, Conquistador and Founder of New Catalonia, by Max Besora, coming January 2021, in which translator Mara Faye Lethem creates her own faux Middle English to replicate the author’s faux Middle Catalan. I can’t wait.

Those are things I am personally excited about seeing more of in the field. But my taste isn’t everyone’s. More generally speaking, I’d love to see more books in translation that remind readers translations can be fun, funny, and emotionally poignant, books that remind publishers translated literature is simply literature and can sell just as well as anything else. If that means positioning Elena Ferrante as emblematic, I don’t see that as a bad thing.

Editorial note: This is the fourth in Veronica Esposito’s monthly series, En Face: Conversations on the Future of Translation, which will run throughout 2020. Her conversation with Antonia Lloyd-Jones is in the Spring 2020 issue.