“Wild Irreverence”: A Conversation about Arabic Translation with Yasmine Seale 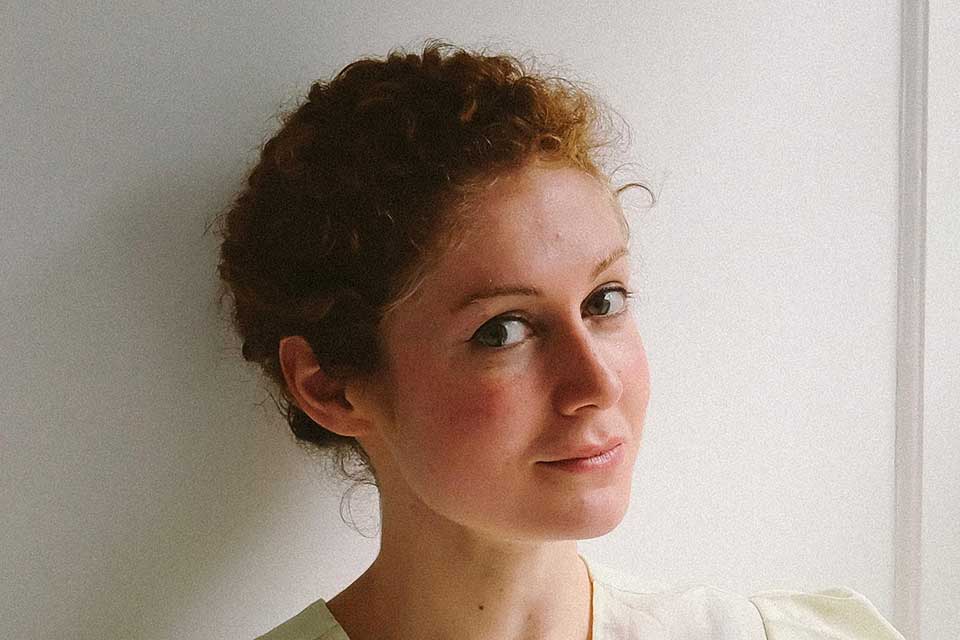 Yasmine Seale is a writer and literary translator living in Istanbul. Her essays, poetry, visual art, and translations from Arabic and French have appeared widely, including in Harper’s, Apollo, Poetry Review, and the Times Literary Supplement. Her translation of Aladdin was published in 2018 by W. W. Norton, and she is currently working on a new translation of The Thousand and One Nights for the same publisher.

Veronica Esposito: I’ve read that your translation of the One Thousand and One Nights will be the first translation by a woman, which I find astonishing. This fact points to a lot of the systemic inequalities that still exist in translation, despite it being a field with relatively good female representation. What new things do you hope to achieve with this new translation of a classic text? What do you believe you personally bring to the text, as a woman of French and Syrian background currently living in the Middle East?

Yasmine Seale: There are many inequalities: not just around who gets commissioned to translate but also between translation strictly understood and other forms of response. I’m reading a great book called A People’s History of Classics, by Edith Hall and Henry Stead. Against the idea that the study of Greco-Roman antiquity was the preserve of British aristocrats, the book describes a rich tradition of working-class people, including many women, skirting official channels, engaging with classics in ways that were just as profound, and often more creative. It’s a similar story with the Nights. The transmission of these stories has always been propelled by women—from the editor of the first translation, Marie Cochart (a publishing genius and, with Veuve Cliquot, perhaps the canniest widow of the eighteenth century), to Zouzou Nabil, the voice of Shahrazad on Egyptian radio, to Assia Djebar, who wrote versions set in contemporary Algeria. Women have been “translating” the Nights, reading and rewriting it, forever.

The publishing of classics nowadays involves a certain deference to the text. This is new, and it sits uneasily with the wild irreverence that has characterized the thousand-year history of the Nights. I feel very lucky to be doing this work, but I also don’t think it’s an accident that the project has grown tendrils: the detournement of one of my predecessors; found poetry; a Twitter bot. The stories seem to invite a more subversive, DIY response than the demands of the “critical edition” allow. I am trying to produce a translation that sustains close reading, that takes the formal and musical aspects of the work as seriously as sense. Where I am from and where I live may be less important here than the more private, complex biographies of eye and ear.

Where I am from and where I live may be less important here than the more private, complex biographies of eye and ear.

Esposito: How can classics be emblematic of the future of translation?

Seale: It may be the definition of a classic that there is always room for a new translation. There can be a fantasy among translators into English that we are outside history, outside context, that timelessness is within our grasp. What this belief tends to produce is not a more durable text but a sort of anemic gloss. Or, at the other end, Victorianese. A translation is an encounter between two jagged sets of tools, the styles and sensibilities of two writers. It’s all beautifully partial. I like translations that make a virtue of particularity, placeness. Some of my favorite versions of classical Arabic poetry were done by Irish and Scots poets. Desmond O’Grady brought a bewitching lilt to the Muallaqat. Englishness, with its claim to universality, is the problem.

A translation is an encounter between two jagged sets of tools, the styles and sensibilities of two writers.

Esposito: Your earlier translation of Aladdin was hailed for its inclusion of the tale’s more transgressive elements, eschewing the Disney treatment often given to it. Retranslation is an important part of the field, and it can demonstrate how perceptions of what’s marketable or culturally acceptable change over time. What made this sort of translation of Aladdin viable?

Seale: The idea was to uncouple the story of Aladdin from what readers thought they knew about it through Disney and also to trouble the desire to pin down the “real” Aladdin. The original story, first written in 1710, arose from an encounter between a Frenchman who had lived in Istanbul and a Syrian who was living in Paris. The text, set in China, pokes gentle fun at the desire for cultural authenticity. It ends with a North African man passing as a Chinese woman, having bullied one into helping him cross-dress. The 1992 film, by contrast, is a more simplistic artifact, very American; the protagonist was modeled on Tom Cruise in Top Gun.

Esposito: With regard to retranslation, what would you like to see more of going forward? What texts from Arabic literature are in need of retranslation?

Seale: Almost all of it. The prospect is overwhelming and delicious. Part of the thrill of classical Arabic writing is its resistance to Western categories. Encyclopedias and grammars were literary genres. There are the ravenous essays of al-Jahiz, who died in 868. There is al-Ma’arri, the blind vegan sceptic of eleventh-century Syria, or the twelfth-century philosophical novel Hayy ibn Yaqzan (Alive, son of awake). There are women who loved God, men who loved men, short plays, long poems, things written in Baghdad when it was the center of the world. From the twentieth century, there is the dense, brilliant work of Salim Barakat. And the poetry of Saniya Saleh.

Esposito: What are some of the exciting things that are currently happening in Arabic literature?

Seale: I’m a slow reader, and I like to return to and learn from texts I love, rather than always seek the next thing. Or rather, I think the next thing is just as likely to come from the deep past. I read pre-Islamic poets and am amazed. I read what friends send my way. This is also to do with living in Turkey and not having a lot of choice, and not really being on the radar of publicists and so on. It can be a generative constraint to have a limited number of books, thrown together by vagaries of taste and travel and who lived here before, and find lines to draw between them. That said, the internet of poetry is an ocean.

For a couple of years, on and off, I have been translating the wonderful Palestinian poet Asmaa Azaizeh. We hope to publish a collection of her poems in English. Last year I started reading the Yemeni writer Nabilah al-Zubair; some of my translations of her poetry came out in Two Lines. Her novels are amazing, too. One is narrated by a comatose patient from her hospital bed. Another is the monologue of a poet driven to madness by disappointing men.

For Arabic literature in English, there was, until recently, slim pickings. Fortunately, things have changed. Robin Moger is a miraculous translator of poetry and prose and everything in between. Sam Wilder has produced gorgeous, lyrical translations of the novels of Ghassan Zaqtan. Marilyn Booth is an academic who writes translations of unusual grace. Zeina Hashem Beck and Momtaza Mehri, two poets I admire and who usually write in English, have also translated Arabic poetry. I would love this to happen more.

Seale: Through the ArabLit blog and its spin-off projects (including, now, a quarterly magazine), Marcia Lynx Qualey, with remarkable energy and love, has over the years sustained a community of people who read, write, and translate Arabic. Youssef Rakha’s beautiful website, The Sultan’s Seal, is a thousand-star hotel to get lost in. The Library of Arabic Literature (NYU Press) puts out new translations of classic texts; I particularly liked James Montgomery and Richard Sieburth’s fierce, supple translations of ‘Antarah, the warrior-poet. Comma Press, based in Manchester, has published exciting anthologies of young writers based in Cairo, Gaza, and elsewhere through their Reading the City series and speculative fiction from Iraq and Palestine.

There is still no equivalent in the US or UK of Sindbad/Actes Sud, the French imprint under the helm of Farouk Mardam Bey, which has put out excellent translations of Arabic prose and poetry of all periods, slim volumes with seductive covers aimed at the general reader. The closest may be Seagull, based in Delhi. Hosam Aboul-Ela oversees their terrific Arabic list. I should also mention Sunandini Banerjee, who designs their covers. The marketing of Arabic literature in the anglosphere often feels like trying to get people to eat vegetables. Beauty and pleasure are essential.

The marketing of Arabic literature in the anglosphere often feels like trying to get people to eat vegetables.

Esposito: What are some of the things that Arabic literature in translation brings to the US context?

Seale: I would hope that people come to Arabic literature for the same reasons they choose other books: an adventure in language or form; a political education; a moving story; a laugh. Perhaps it’s in wanting books to be more than this—to be representative or, worst of all, to “humanize,” as if a people’s humanity were in doubt until proven through fiction—that the trouble lies.

Esposito: In terms of translation as a creative art, what do you think feels new and exciting right now? Where do you think this is headed?

We’re living through a renaissance in the philosophical and political engagement with translation.

Seale: We’re living through a renaissance in the philosophical and political engagement with translation. It’s a very interesting, energetic time. I could fill this page with names of translators who have in recent years written generously and searchingly about the craft and its underpinnings. To name a handful: Kate Briggs, Sophie Collins, John Keene, Jen Calleja, Lina Mounzer, Emily Wilson. The translator’s note is a flourishing genre.

Editorial note: This is the eighth in Veronica Esposito’s monthly series, En Face: Conversations on the Future of Translation, which will run throughout 2020. Her conversation with Bonnie Huie is in the Summer 2020 issue.