About Forgetting: The Tale of the Zombie Poem 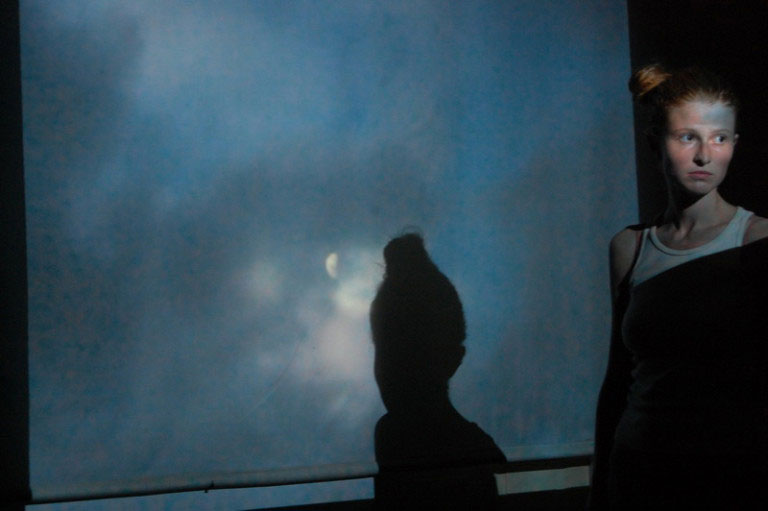 Last fall I finished translating a full-length manuscript by Karen Wild Díaz, the Uruguayan poet I’ve had the pleasure of working with since the American Literary Translators Association (ALTA) Annual Conference 2014 in Bloomington, Indiana. When I’d first begun to translate Karen’s work for Jesse Lee Kercheval’s anthology América Invertida: An Anthology of Emerging Uruguayan Poets, Karen had sent me three manuscripts, and I began with the shortest, a chapbook, in case the collaboration didn’t go so well. That chapbook, Anti-Ferule, eventually won the Toad Press International Chapbook Series, so I was excited to embark on a full-length collection of her work.

In the way that the cultural critic Roland Barthes used the term, I must kill the author before I can commune with her work.

I dug into the email archives to find the three manuscripts Karen originally had sent me and got to work. Mind you, these manuscripts had been resting in peace on my computer files for a year and a half by then. Karen’s poetry is for the most part experimental, fairly difficult to translate—if I ever get a second opinion on my translations of her work, the reply is, Wow, she’s not easy. Making it all the more difficult, I tend not to commune with the poet I’m translating until after I’ve completed a rough first draft or at least a significant portion of the entire manuscript. My first drafts are choppy affairs, weaving in and out of transliteration, an attempt to glimpse the big picture, to learn the voice of the book without interference from the voice of the poet who made the book. In the way that the cultural critic Roland Barthes used the term, I must kill the author before I can commune with her work.

The first half of Karen’s manuscript, humus, took me a couple months to translate. The point arrived when I felt I was maybe flying blind, so I sent her what I had so far. She responded that she no longer liked some the poems in their original Spanish and would like for them to be cut from the manuscript. “I disagree (with me),” was her response to those poems. I was glad I’d checked in before I’d finished translating the whole book, because I had, apparently, been translating poems that to their original author no longer lived. The ghosts of these poems now lingered only in English, the originals having been rejected by the very creator who had in the first place given them life. As I mentioned before, rewarding though it is, Karen’s work is difficult and time-consuming to translate, so I was a little frustrated. This heady work of resurrection was all for naught as I had to respect the source poet’s wish that those poems no longer dwell among the land of the living manuscript.

The ghosts of these poems now lingered only in English, the originals having been rejected by the very creator who had in the first place given them life.

With pain, I combed through the manuscript. One at a time I’d highlight the condemned poems, then with a click of the delete button, execute the suspects. I then asked her to make sure I was working with the most recent version of the manuscript, so that I might avoid waking any dead poems. We moved forward, Karen gave me some very helpful feedback, and I was glad that, overall, I seemed to be tapping into the author’s vision for the book.

Some months went by and along with them some big life events. I got a new job, moved to a different town, and then resumed working through humus. After finishing a complete draft of humus, many months after Karen and I had first conferred on the manuscript, I decided to proof the copy against what I thought was the author’s preferred copy of the manuscript. I put the English and Spanish side by side on the screen, and became baffled that I’d apparently left out some poems and parts of poems—how could I have overlooked them? I got to work to fill in the gaps in the English manuscript, again a little frustrated at my own oversight, but then I had a strange sense of déjà vu that I’d translated these poems before in English. Kind of like I’d seen a ghost.

Once I had the manuscript complete, I wanted to send it to Karen, so I searched through my email inbox for Karen’s most recent email. I’d simply reply and attach the complete version of humus. As I glanced through our email conversation, it all came back to me. I realized that, thanks to my poor memory, I had resurrected, a second time, these zombie poems—those gaps in the manuscript were from the poems Karen had previously asked me to delete. But the poems just didn’t want to go away.

Translation makes us commune with the living and the dead—when we wrestle with another poet or even with ourselves, what gets rejected and taken for dead enters the humus of the imagination and comes out regenerated.

When Karen replied, she had yet another vision for the book, she had questions and edits, and she wasn’t as offended by the zombie poems this time around. Maybe I resurrected them in a way more palatable to the poet the second time around, or maybe with the hindsight of the entire manuscript the second time around I could render those poems more in accord with the whole work. You’ll be pleased to know, for now anyway, those poems got a stay of execution. Karen did remind me the book was called humus because it respected the power of art and love, like humus, to regenerate even that which we thought dead into living and growing things. Translation makes us commune with the living and the dead—when we wrestle with another poet or even with ourselves, what gets rejected and taken for dead enters the humus of the imagination and comes out regenerated. Among our community of literary translators, dead authors are born again and again as new translations of their work make us see them anew, and even dead languages may be revived by the careful, patient work of translation. What translation teaches us is that often there is no difference between the living and the dead.

Ron Paul Salutsky (www.salutsky.com) is the author of Romeo Bones (Steel Toe Books, 2013), now available on Amazon, and Anti-Ferule, translated from the Spanish of Uruguayan poet Karen Wild Díaz, available now from Toad Press. Ron’s interests include poetry and poetics, the contemporary pastoral, rock climbing, and edible landscaping. He was born and raised in Somerset, Kentucky, and educated at Western Kentucky University (BA-English/sociology), the University of Nevada–Las Vegas (MFA-poetry), and Florida State University (PhD-English). Ron is on the faculty of the Division of Arts and Humanities at Southern Regional Technical College and lives in Ochlocknee, Georgia, in the Upper Ochlocknee Watershed.