The End of the World

Completely at random, the world ended.
Trade in shares was lively, the weather splendid.
Lovers lay in beds and some on the sand.
Artists painted nature, if not the lay of the land.
Professors wrinkled brows and wrote of weighty things.
The season was any season: fall and also spring.

The plumber changed a pipe and mended a leak.
The bridegroom’s knees suddenly went weak.
Couples sat in the café and still paid separate checks.
Lone men watched a woman’s legs, craning their necks.
There was no particular reason to worry except
all the reasons some err and some others suspect.

Threats had not been broadcast on the radio stations.
Indecent people were accused of indecent abominations.
There was a case of a person with a shady past who claimed
he was innocent, and he indeed could not be blamed.
Tourists were still arriving on air-conditioned flights.
The days were quite warm but it was chillier at night.

Everything was as usual and it was clear as day
nothing would happen but something bad was on the way.
From somewhere undefined on maps by the cartographers,
from a place and on routes unknown to the geographers
came a worrisome gust, but it did not obtrude
on the watchman in the tower, struck by lassitude.

There were strange clouds and a bank of stratocumulus.
The night sky was on fire, not ablaze but luminous.
Through space an unknown star was already on its way
like an approaching weapon or ambassador of fate
in one of the millions of galaxies churning,
most of them burnt out but some of them still burning.

This was all of course invisible to the naked eye
watching only the border and what was going by:
Unexpected troop movements, a maneuver that might
be cause for concern but might also be all right
and talks that might be substantial or maybe just fizz
in a world choking and filthy, but that is what it is.

The rest is for books no one will ever read or write:
Only an inky sea in the long-extinguished light
has boiled, swelled, clotted claylike and spewed
over everything like a viscid, ancient or new Deluge
and if anyone were still alive and able to regale
men with Genesis he’d invent it, or some other tale.

Natan Zach, a titan of Hebrew poetry, was born Harry Seitelbach in 1930 to a German Jewish father and an Italian mother. In 1937 the family immigrated to Mandatory Palestine and lived in Haifa. After military service in the Israeli Defense Forces during the first Arab-Israeli war and thereafter as an intelligence officer, he studied philosophy and political science at the Hebrew University in Jerusalem and subsequently Hebrew and comparative literature at Tel Aviv University, where he was awarded a BA degree. In 1978 he completed his PhD dissertation at the University of Essex on Ezra Pound and imagism, under the supervision of poet and critic Donald Davie, the quintessence of which (the essay “Imagism and Vorticism”) was later published in Guide to Modern Literature: Modernism 1890–1930 (Penguin, 1978). From 1978 until his retirement in 2000 he served as professor of Hebrew and comparative literature at the University of Haifa.

His ten published books of poetry were collected in The Complete Poems in three volumes (Hakibbutz Hameuchad, 2008), which also included new poems, and many of his influential essays were collected in the volume The Poetry beyond Words: Critical Essays, 1954–1973 (Hakibbutz Hameuchad, 2011). He also published books for children, various collaborations with other writers, a play, and translations of drama and poetry from English, German, French, and Italian, and he edited several literary periodicals in Israel. Always politically outspoken in prose, verse, and speech, together with the late Palestinian writer Emil Habibi he headed the Israeli and Palestinian Writers and Artists Committee against Occupation and for the Freedom of Speech. His works have been translated into many languages, including Arabic, Chinese, Russian, and Vietnamese, and set to music and performed by many Israeli musicians, becoming part of the canon of popular Hebrew song. Among the numerous honors he received in his lifetime were the Israel Prize for Literature (1995), Israel’s highest award, and the title Cavaliere from the Italian government (2007).

Zach published his first book of poetry, entitled simply First Poems, in 1955 and rose to stardom in the arena of Hebrew literature—which above all else loves a good fight—with a seminal article in the literary journal Achshav that he, Yehuda Amichai, and several other young writers founded in 1958. In that article he attacked what he considered the overly formalist Old World poetics and symbolism of the reigning generation of poets, most specifically Natan Alterman, the chief luminary of the time, advocating for less ideology and pathos, more freedom of meter and rhyme and more natural diction. Of the popularity of Zach’s poetry, Professor Michael Gluzman of Tel Aviv University writes: “Zach’s poetry spoke to its readers in a vernacular that appeared to embody values of clarity and communicability” (“Natan Zach’s Poetics of Erasure,” CLCWeb, 2020).

Like literal wars, literary wars in Israel are cyclical: in the years prior to his death in November 2020, Zach became the Alterman figure against whom the Ars Poetica movement of young Mizrahi poets with roots in the Arabic-speaking countries rebelled as representing what they see as the Ashkenazi (European) elitism in Israeli culture and politics. In a remarkably vitriolic poem published in the literary supplement of Haaretz, Israel’s newspaper of record, a member of the group, Roy Hasan, wrote: “I burned Natan Zach’s books” (October 2013). And in the same venue, about four months later, he defined Israeli culture—not his and that of his parents—as “the European culture of which Natan Zach is breathing its last breath.” This too attests to Zach’s enduring stature in the country’s culture, and the battle is still raging in literature, politics, and the media.

I came to know Zach as more than a name on a page in 1995 when I was involved in organizing a series of encounters between writers, intellectuals and artists from Israel and the Palestinian territories following the Oslo Accords. It was then that I first translated one of his poems, “Song to Zion,” an attack on the oversentimentalization of Jerusalem. Here is an extract that might explain why Zach, though just as important, popular, and revered as Amichai within Israel, has been far less so among the major consumers of Hebrew poetry in English:

Though they dub you “the golden,” it’s a dull sort of gold,
like a sunset that’s two or three thousand years old,
a cloud in the trousers, a genuine antique.
They come here not to live; it’s dying that they seek.

Later, Zach chose from his collected works a selection of poems, including this one, which he asked me to translate into English—and I can say firsthand, he had a remarkable ear for its nuances and cadences. What I did not recognize at the time was how prophetically he was able to see the future. How could he have known what the world would be like when Covid-19 struck? 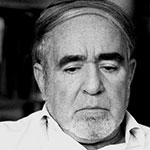 Natan Zach was born Harry Seitelbach in 1930 to a German Jewish father and an Italian mother. His ten published books of poetry were collected in The Complete Poems in three volumes (Hakibbutz Hameuchad, 2008), which also included new poems, and many of his influential essays were collected in the volume The Poetry beyond Words: Critical Essays, 1954–1973 (Hakibbutz Hameuchad, 2011). 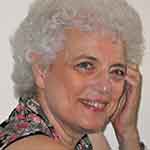 Vivian Eden holds a PhD in translation studies from the University of Iowa. The author of one book of poetry and numerous articles, she translates from Hebrew into English and a bit from French. Her day job is at Haaretz’s English edition, a daily newspaper published in Tel Aviv with the International New York Times.