Editorial note: From Selected Translations, 2000–2020, copyright © 2021 by Ilan Stavans, forthcoming from the University of Pittsburgh Press on February 23, 2021. First publication, by permission of the translator. 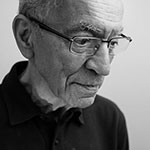 Born in Tumeremo, Bolívar, in 1933, Venezuelan writer Guillermo Sucre is also an essayist, translator, literary critic, and educator. A cofounder, in 1957, of the literary group Sardio, he has taught at the Universidad Central de Venezuela, Universidad Simón Bolívar, and University of Pittsburgh. He was awarded, in 1976, the Premio Nacional de Literatura for his nonfiction volume La máscara, la transparencia (Mask and translucence, 1975). Among his books are En el verano cada palabra respira en el verano (In the summer, each word breathes in summer, 1976), Serpiente breve (Brief serpent, 1977), and La vastedad (Vastness, 1990). He also wrote Borges, el poeta (Borges, the poet, 1967), a study on the work of the Argentine author of “The Aleph.” 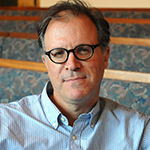 Ilan Stavans is Lewis-Sebring Professor in Latin American and Latino Culture at Amherst College and publisher of Restless Books. His latest books are I Love My Selfie (Duke, with Adál) and Quixote: The Novel and the World (Norton). He has translated into English the poetry of Sor Juana Inés de la Cruz, Rubén Darío, Jorge Luis Borges, and Pablo Neruda, among others. He is also the editor of The FSG Book of Twentieth-Century Latin American Poetry (2011).