A Poem for Cassini 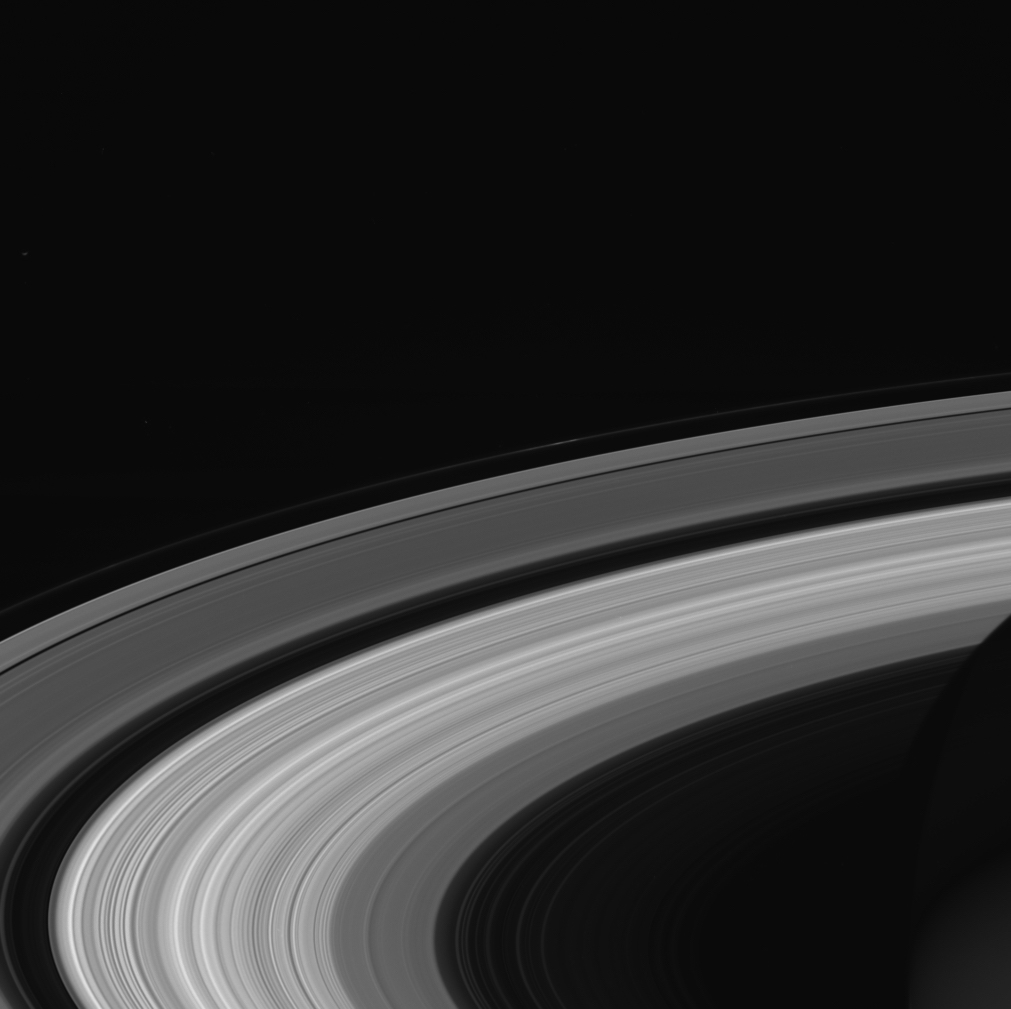 This view of Saturn’s rings from the “ringscape finale” series was among the last images Cassini sent back to Earth (September 13, 2017) / Courtesy of NASA/JPL-Caltech/Space Science Institute

The year we are rocketing chaos, Cassini is nearly done
turning in circles. The spacecraft beams images
and measurements to Earth while we helm arguments
of city, state, nation, each party filled with their own
propulsive antennae. So many folks live only on the surface
of gain. Such a racket, a vex. The probe navigates by the stars,
this country by a horsethief of fame and astronomical
wealth. The aircraft plunges into totality and the sky
unlocks craters and fractures and much I can’t understand.
Saturn’s largest moon Titan is hazy and green, lying round
on my oversized monitor. Video fishes and clips
through each disorienting ring, sorting out the balanced
tension of hovering and hovering. For an hour I study infinity
more than a billion kilometers away and I gladly witness
even the encounters of icy satellites and other swaths outside
my own orbit. The rough planet eases my indictment of our human
trajectory and fissures. Later, I’ll return my hip over the harp
of my love’s narrow knees, holding as I so often do to the personal
warmth of my life. But for now, I click image to image and exist
in the kingdom of dimensional history: a planet with 60 moons
at 72 dpi. The great exposure of light erodes to its constant
winnowings, the alluvial fields of the cosmos’ blue
plumes, interstellar dust, the gift of such dreamy evidence.
Whirling into this upper atmosphere. Whirling back
to my own matter, our desert air where I’ve burrowed in,
and our small spectacular house, golden as we’d painted it.