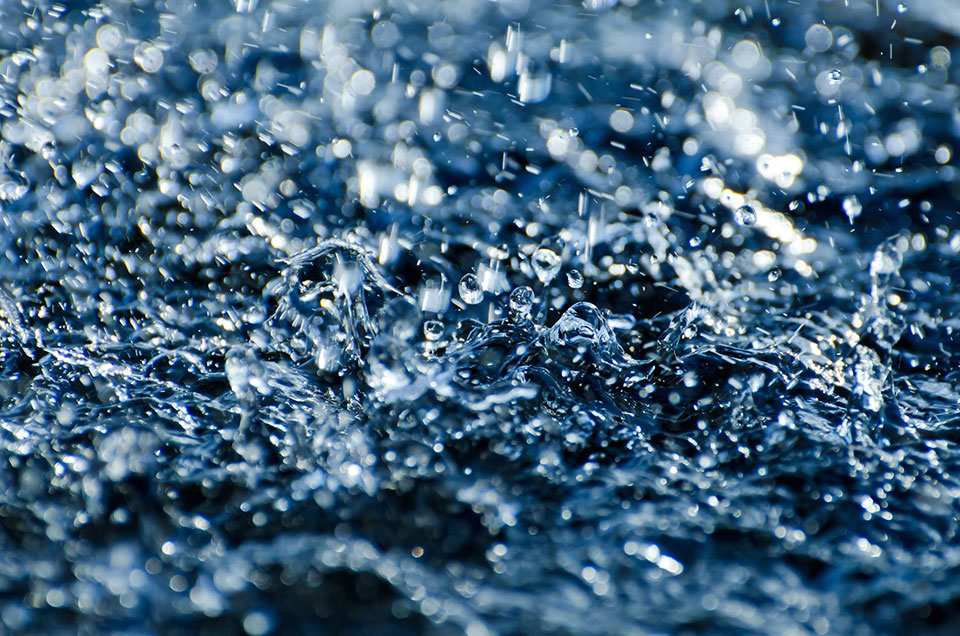 Courtesy of the SARAS Institute

Last month I had the marvelous opportunity, as a poet, of participating in the annual conference of an international scientific organization, the South American Institute for Resilience and Sustainability Studies (SARAS), held every year in Maldonado, Uruguay. SARAS was founded in 2005 by Marten Scheffer of Wageningen University in the Netherlands and Néstor Mazzeo of Universidad de la República in Uruguay as a transdisciplinary institute designed to generate critical insights toward allowing South America to build a sustainable future. Members of SARAS include professors from universities in such countries as Brazil, Chile, Canada, Spain, Sweden, the US, and Uruguay. Since 2010, the annual conference has addressed important scientific questions for South America, but it has always incorporated the arts as part of its vision. Indeed, the theme of the 2013 conference was “Imagining Resilience: Art-Science Collaboration for Sustainability.” In the past, though, the visual artists have been featured.

I wish more scientific conferences had a vision that included the arts.

For this year’s conference, on “Seeking Sustainable Pathways for Land Use in Latin America,” Laurie Beth Clark, a colleague at the University of Wisconsin–Madison and member of SARAS, contacted me saying that SARAS wanted to work with poets, and so I put out a call for poems from Argentine and Uruguayan poets about the environment and environmental issues, a subject of great interest to many of the poets in the region. From the submissions, groups of poems by ten different poets were selected, and the judge, the Chilean poet Marcelo Pellegrini, picked a first-, second-, and third-prize winner. The poets chosen included three from Argentina—Natalia Romero (first prize), Elena Lafert, and Mariela Laudecina—and seven from Uruguay: Martín Barea Mattos, Luis Bravo, Virginia Lucas (third prize), Sebastian Rivero (second prize), Tatiana Oroño, María Sánchez, and Ignacio Fernández de Palleja, whose poem “Our Tsunami” appears here:

The tsunami is arriving, of course,
but it will be neither violent nor sudden,
it will be gradual, consensual, more or less.
The sea will illegally occupy
the public lands,
the bank homes,
the high schools, the government offices,
the US Embassy,
it will block roads
that used to run over riverbeds,
it’s going to sneak into the TV channels,
the unsocial networks,
it’s going to plant the flag for electoral
campaigns and celebrations,
it will flood the native tongue
it will appear inevitably in the lyrics
sung by street musicians,
in the sales at supermarkets,
it will be part of the curriculum,
it will fill the throats
of the rising rapporteurs,
it will wet the old barflies,
and the abysmal folds of the neighborhood whales,
it will get stalled in the Chamber of Deputies,
it will be negotiated, drafted several times
until awkward and oblique,
it will be left in the hands of lawyers,
municipalities, the dead, managers, grassroots movements,
it will be criticized by the opposition,
it won’t infiltrate the interior,
from where people will emigrate to enjoy
its benefits,
it will be ignored in the world,
it will bore us, let’s use it
in the Ministry of Tourism’s propaganda,
it will be, tacit, in my memories,
we will adapt to walking drowned,
it will seem more reasonable
than our neighbor’s tsunami, and less happy.
it will lend its name to various retail stores
and amateur football teams,
we will carry it in our blood, like mate,
we will recall it when relevant,
we will dry it in eucalyptus plantations,
we will all live with its spume.

Translation from the Spanish
By Ron Paul Salutsky 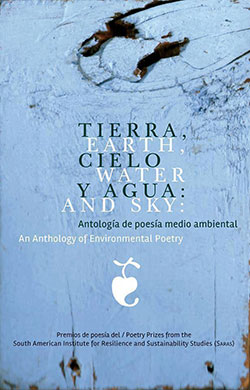 As editor, I arranged for the work to be translated by poets who are also translators. The Uruguayan publisher, Yagaurú, designed and printed the anthology, Earth, Water and Sky / Tierra, agua y cielo: An Anthology of Environmental Poetry, which was distributed at the conference.

On March 1, the poets and I attended the opening day of the conference held at the Centro Universitario de la Región Este in Maldonado, Uruguay, a day that was also open to the public. More than two hundred scientists, economists, and students filled a large lecture hall to overflowing for an event than lasted from morning to evening. There were panels and papers on policymaking on a national and regional level and on global pressures and land-use decisions. The emphasis on this opening day was on the practical—how to make sure the data and analysis the scientists developed reached politicians, farmers, and businesspeople so that all groups could work toward consensus and action. In between panels, the three prizewinning poets read their work, with the words projected behind them in English and Spanish.

The poets were thrilled to read for such a large crowd, and to read to a room filled with scientists. The response from the audience was enthusiastic. But what I found most fascinating were the individual connections made. For example, I saw Sebastian Rivero, a poet who often writes about Uruguayan history and its connection with its rivers, nodding and making notes during the presentations about the Santa Lucía River basin, which supplies water to the capital, Montevideo, and is suffering from contamination issues for the first time. I was touched when the leaders of the workshops that would be held in the days following told me they intended to set the tone for discussion by opening and closing their sessions with poems from the anthology.

I left Maldonado wishing more scientific conferences had a vision that included the arts. But more broadly, it was a day that made me realize that all our closed worlds—conferences for writers, translators, historians, economists, engineers—would benefit if we opened our doors to others and their different but complementary visions of the future.

Ignacio Fernández de Palleja is an Uruguayan poet. He works as a teacher of Spanish and Portuguese. He has participated in various literary events, both as an organizer and an invited reader.