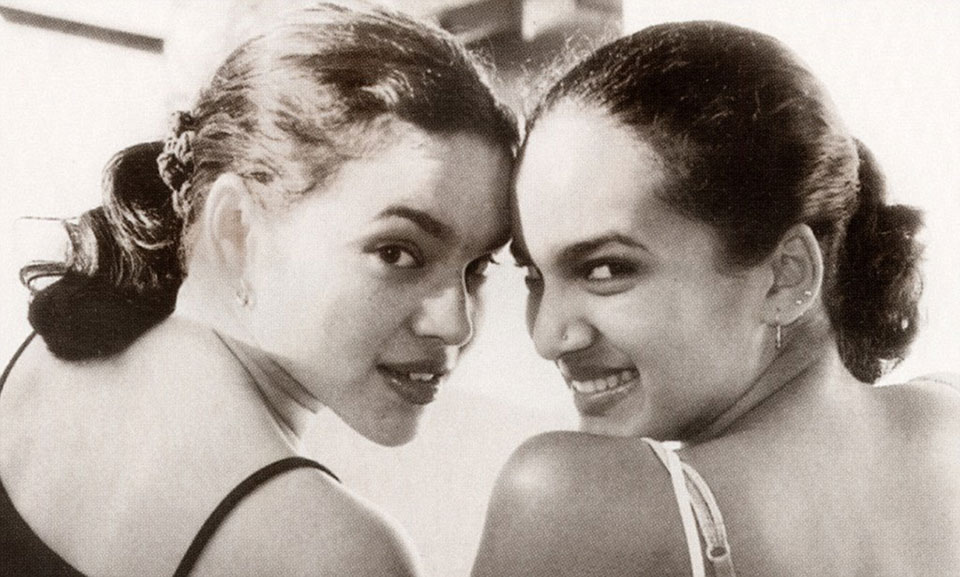 In the March/April 2016 Global Frequency column, we took a listen to Musique de Nuit, a collaboration between French cellist Vincent Segal and Malian kora player Ballaké Sissoko. The album set me to thinking about other cross-cultural musical collaborations and how different the nature of that collaboration can be. To explore this idea a little further, I’ve assembled this complementary Spotify list for your enjoyment and possible edification.

1. “Bombay 405 Miles” is the opening track to producer Dan the Automator’s 1998 album Bombay the Hard Way: Guns, Cars and Sitars. The famed producer, born Daniel Nakamura, is associated with “alternative” hip-hop of the late 1990s and produced the first Gorillaz album. On Bombay the Hard Way, Nakamura extensively sampled the work of Bollywood composers Kalyanji Virji Shah and Anandji Virji Shah and reimagined their funky sounds through a modern musical lens.

2. In “Gymnopedia,” kanun (a kind of Persian zither) player Bahadır Şener delivers an arresting adaptation of Erik Satie’s Gnossienne No. 1, which is slightly confusing as it is named after a different Satie piece. The principal melody, which sounded aching and delicate when scored for piano as Satie intended, takes on this sinuous quality that seems custom-designed for the Persian setting it’s given on this record.

3. Chamber Music, the first collaboration between Sissoko and Segal, exudes a more carefully composed feeling as well as instrumentation that goes beyond the two principals. I selected the title track from that album for the list so those who have listened to the new record can hear the difference. Sharing stages for over six years gave Segal and Sissoko the comfort to improvise more freely with one another on the new record, but there is a charm to these more tightly composed melodies as well.

4. Rachid Taha is something of a cross-cultural phenomenon in and of himself, blending the rhythms of his native Algeria with a punk-rock sensibility throughout his career. Though he is often lumped in with raï, an unapologetically secular music associated with Algeria, Taha owes much of his musical development to France, where his family immigrated when he was ten. This track, “Voilà, Voilà,” dates back to the mid-1980s when Taha recorded the original version with his first band Carte de Séjour. This version takes an electronic spin on it, fueled by the creative production of Brian Eno.

5. Iraqi-born oudi Rahim AlHaj (see WLT, Jan. 2016, pg. 10) has collaborated across musical cultures many times, but his album Little Earth is, perhaps, his magnum opus in that regard as every song is in collaboration with a master of some other tradition. “Morning in Hyattsville” ranks among my favorite AlHaj songs, blending an open, almost bluegrass melody with the more traditional sounds of the oud while featuring legendary jazz guitarist Bill Frisell and Eyvind Kang on viola. It’s a ten-minute song that makes every passing measure feel vital.

6. L’Enfance Rouge is one of Europe’s great art-rock bands. They specialize in dissonant, off-kilter music that defies imitation. In 2008 the band made one of its most interesting albums, Trapani, Alq al waady, in conjunction with composer and oud player Mohamed Abid and a large ensemble of Tunisian musicians. The result, while chaotic and unlikely to appeal to everyone, is absolutely original and one of the more interesting attempts to corral microtonal Arab music into the Western rock tradition.

7. Liu Fang is a multi-instrumentalist who specializes in Chinese traditional music. Her album Le son de soie (2015) shows her in collaboration with a number of musicians including Ballaké Sissoko, flautist Henri Tournier, and Algerian oud player Alla. This track, “Promenade au pays des rêves,” is a duet between the Chinese pipa and the oud and demonstrates the sympathetic sonorities between the two fretted instruments ably.

8. Beats Antique is a three-member group out of San Francisco that incorporates non-Western sounds into its unique brand of electronic dance music. With a trained dancer as one-third of the act and many of the primary melodic instruments being performed on stage along with programmed elements, the band stands out from the stereotypical “guy with headphones on” EDM acts out there. For this track, “The Rift” from their 2014 album A Thousand Faces – Act II, the band brings sarod master Alam Khan to provide some wicked melodic accompaniment to an already fun and frenetic track.

9. In one of the more touching entries on the list, we have sisters Anoushka Shankar and Norah Jones, who grew up separated from each other, collaborating on a track that brings together Western balladry with the sitar. Shankar is well known for crafting sitar music that appeals to nonspecialists, and the inclusion of her Grammy Award-winning sibling on “The Sun Won’t Set” is a special treat.

10. Nusrat Fateh Ali Khan was not just the famous Qawwali singer of a generation but one of the most gifted singers of the twentieth century. Ali Khan collaborated with several Western musicians during his lifetime, including Peter Gabriel and Eddie Vedder. For this list, I selected a track from Daniele Gaudi’s Dub Qawwali album, which mashes up Ali Khan’s vocals with dub, a form of reggae that relies heavily on electronics.