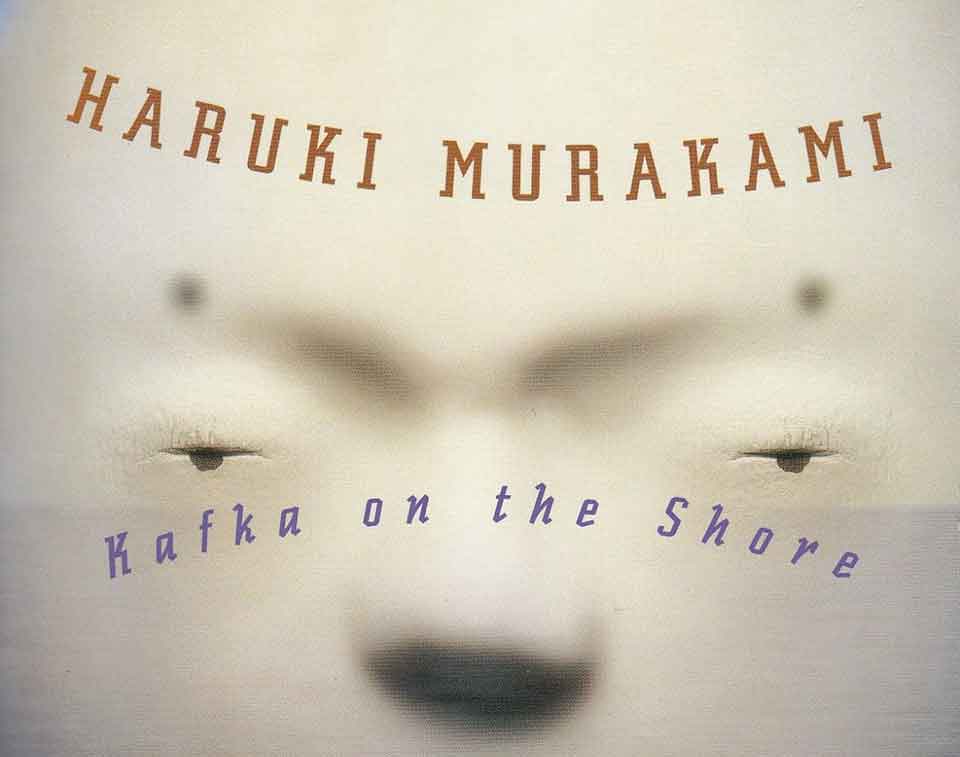 Haruki Murakami’s Kafka on the Shore is a uniquely compelling book that mixes the mundane and the mystical into a wonderful representation of magical realism and modern Japanese culture. The novel follows two protagonists who, despite never meeting face to face, undertake parallel and interconnected journeys guided by forces beyond their understanding. These principal characters are Kafka Tamura, a fifteen-year-old boy who flees his father’s home in Tokyo in the face of a terrifying prophecy, and Nakata, an old man whose mental disability allows him to speak to cats. Together, these two navigate a landscape filled with obstacles ranging from the fantastical, such as undead soldiers and gateways, and other realities to the realistic, such as psychotic murderers and police investigations.

This soundtrack for the novel features an indie-folk aesthetic, which matches the story’s ethereal atmosphere. A major theme of Kafka on the Shore is moving on. The characters journey from one place to the next, leaving their homes behind and accepting the strange realities of their changing world without looking back. These folksy yet sincere songs reflect on the wanderings that the characters undertake, and the changes that they find within themselves along the way.

Kafka on the Shore begins with a young boy leaving his father and his home behind to escape a grim prophecy. “The Mute” is a song in which the main character does something similar, leaving his emotionally distant family behind to find a new life for himself. This song embodies the toll that feeling unwanted and burdensome can put on a person and the way that this can lead them to flee in search of a better life.

This soft folk-rock classic is full of imagery concerning travel and change. As Kafka is riding the bus from Tokyo to Takamatsu, he talks to Sakura about the nature of traveling from one point to another and how the points between seem almost less than real. The lyrics “Ventura Highway in the sunshine / Where the days are longer / The nights are stronger than moonshine” speak to the poetic aspects of the highway as an embodiment of the journey.

“Drowning Butterflies” is a somber song about chasing after romantic love, despite the likelihood that it will end in emotional pain. In Kafka on the Shore, Kafka has sexual relationships with both Sakura and Miss Saeki, but neither of these relationships is positive or uplifting. This song exemplifies the tragic nature of romantic attraction in the story and the hopeless atmosphere that surrounds it.

Kafka has no role models, no one to look up to. His father walks the line between distant and abusive, and his mother and sister left so long ago that he can’t even remember what they looked like. “Young Fathers” talks about self-awareness as one grows older and the problems in the world that each generation leaves for the next. The lyrics “I say just think of the children / And imagine the world that we’ve willed them” express a bittersweet regret over bringing a child into the world to face the same struggles that their parents faced.

“The Old Ways” is a haunting ballad that laments the loss of the traditions and myths that different cultures once believed in and followed. There is magic here, but it leaves as quickly as it comes, saying that “The old ways are lost.” This is consistent with the elements of magical realism in Kafka on the Shore, which reveal a world where magic is still alive, but only just barely. The protagonists come into contact with, and sometimes even cause, supernatural elements, but they are rarely explained or understood, and the people around them are unable to recognize them as magical.

“You Are a Tourist” – Death Cab for Cutie

In the climax of Kafka’s character arc, he is forced to choose between staying in the spirit village and living the same life forever and leaving to return to the ever-changing human world. Despite desiring to stay close to Miss Saeki, he decides to return to his home and continue to seek change in his life. “You Are a Tourist” says, “And if you feel just like a tourist in the city you were born / Then, it’s time to go / And you find your destination with so many different places to call home.” Sometimes, it is necessary to leave a place behind and move on, even though doing so may be less comfortable than staying still.

“A Pound of Flesh” – Radical Face

As the novel comes to a close, Kafka decides that he must return to face the life that he left behind and the possible consequences that his actions throughout the story may have for him. “A Pound of Flesh” is a song about another wanderer who is returning to an old home after spending years on the run. Its final lines, “So keep a candle burning in the window / I’m almost home,” mirror the way in which Kafka is going back to Tokyo in order to stop running and make things right.

Tyler McElroy is a WLT intern majoring in English writing at the University of Oklahoma. He enjoys reading, writing, and traveling in his spare time. He intends to become an author and plans to see as much of the world as possible after graduating.

Tyler McElroy graduated from the University of Oklahoma with a degree in English in 2019. He enjoys reading, listening to music, and writing in his spare time. He intends to make a career out of his love for the written word and is usually busy planning his next big adventure.