All We Are Saying: Protest, Poetry, and Twitter’s White Bird 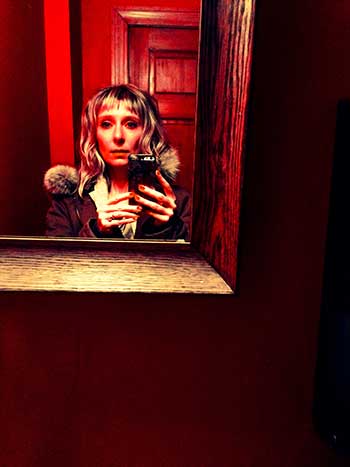 you cannot say yeah I participate in the war

but I isolate myself I separate myself

it is not us but our enemies @ a crossroads

@ war w/ #ourideals our own people

to do nothing is the only option

that is not an option if you are I am

“@ war” was written in August 2013 in response to the chemical weapons attacks on civilians in Syria, which I, like many, encountered and engaged with online. I am fascinated by the way we process the news in the age of Twitter: the speed of response, the abbreviated conversation, the way horror runs side-by-side with advertisements and updates. It is striking how well Muriel Rukeyser’s poem titled simply “Poem,” from her 1968 collection The Speed of Darkness, speaks to the current moment. It begins,

I lived in the first century of world wars.
Most mornings I would be more or less insane,
The newspapers would arrive with their careless stories,
The news would pour out of various devices
Interrupted by attempts to sell products to the unseen.
I would call my friends on other devices;
They would be more or less mad for similar reasons.

“Poem” becomes a poem about what poems can do, socially: “Slowly I would get to pen and paper, / Make my poems for others unseen and unborn.” The poem is about writing poems as historical record, but it is also about community action in a time of crisis, connecting with those friends on other devices who are equally mad. These friends become the “we” of the poem who “try to find each other, / To construct peace, to make love, to reconcile / Waking with sleeping, ourselves with each other, / Ourselves with ourselves.”

Is Twitter’s white bird a symbol of peace or of white noise?

Rukeyser is one of my favorite female poets of political and social dissent. So is Denise Levertov. Here are a few lines from Levertov’s 1961 poem “Three Meditations,” which reverberate Whitman’s “Song of Myself:”

I,I,I,I.
I multitude, I tyrant,
I angel, I you, you
world, battlefield, stirring

When asked for a photo to accompany “@war,” I shot “Self-portrait w/ iPhone” in a particularly graphic bookstore bathroom. I love a good mix of public and private, and, like Rukeyser, I value a plain title. But I also hope the photo title references not only the means by which it is made but the way we photograph ourselves with (alongside) our phone. The device itself becomes the second subject. I’m interested in the Whitmanesque ways we sing and celebrate ourselves with our iPhones, and I’m interested in Twitter as a tool in voicing, filtering, and coordinating protest. Is Twitter’s white bird a symbol of peace or of white noise? These two threads couple in the poem.

The attacks in Syria were described in the New York Times as a shock to “the world’s conscience.” Reading that phrase reminded me of Levertov’s “I you, you / world.” My poem “@ war” begins with an echo of this questioning of placement of self into, alongside, with a larger, global (and literary) landscape. I open with a truncated quote from Yuval Steinitz, Israel’s minister of international affairs: “You cannot be part of this terrible, brutal war and say, ‘Yeah, I participate in the war but isolate myself, I separate myself from the use of chemical weapons.’”

I write poems about war, but it’s personal: we are the war. 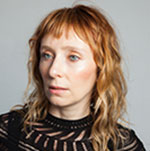 Beth Bachmann is a 2016 Guggenheim Fellow in poetry and the author of two books from the Pitt Poetry Series: Temper, winner of the AWP Donald Hall Prize and Kate Tufts Discovery Award, and Do Not Rise, winner of the Poetry Society of America’s Alice Fay di Castagnola Award. Each fall, she serves as Writer in Residence in the MFA program at Vanderbilt University.