Built by the Augustinians before 1696 and designed by A. M. Ricca, it owes its name to the revered statue by Gagini (15th century), standing today on the main altar. The sanctuary is also home to a Nativity filled with hundreds of statues. 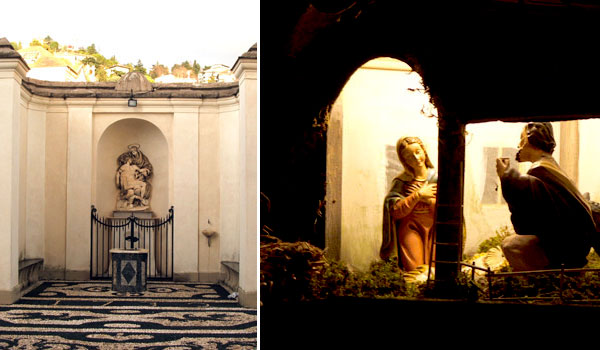 The edifice was constructed in 1593 as per the will of Francesco Grimaldi on the pre-existent Medieval foundations. The museum was conceived with the artwork, furnishings, ceramics, silver, books and etchings which the marquis Paolo and Franco Spinola donated in 1958 to the Italian State. Photos of the main floors and kitchen courtesy of the director of the Galleria Nazionale di Palazzo Spinola.

The Grotta dell'Arpaia (now collapsed), known as Byron's Grotto (Cave), is the point Lord Byron was supposed to have begun his long swim across the Gulf of Spezia to meet Percy Bysshe Shelley at Lerici, in 1822. 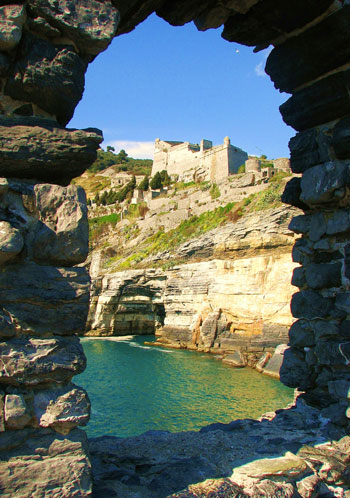 One of the main sights of Lerici is its notorious castle controlling the entrance of the Gulf of La Spezia. Today the castle contains a museum of palaeontology. 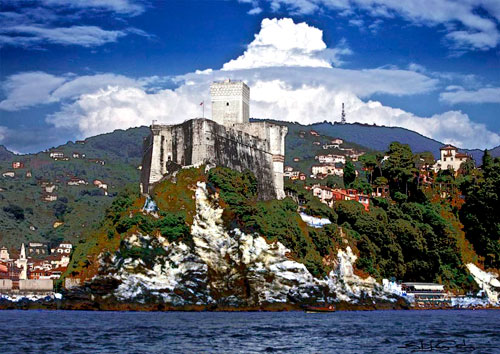 2. The Path to the Nest of Spiders by Italo Calvino

4. (and 5.) "Prometheus Unbound" and "Ode to the West Wind" by Percy Bysshe Shelley

Italy's seaside region of Liguria has a rich artistic heritage. Along its gulf lie Genoa and La Spezia, port cities surrounded by picturesque villages. One of the villages dotting the sea is Lerici, where writer and film director Mario Soldati lived. In earlier days, Percy and Mary Shelley resided there in their boat home, Casa Magni, and Lord Byron flocked to this area, frequenting a grotto in Portovenere. Italo Calvino and Eugenio Montale also lived in the region.

Interestingly, because this getaway was a favorite among these and other writers—D. H. Lawrence, Hans Christian Andersen, Virginia Woolf, and Dante—the gulf of La Spezia earned the nickname "the Gulf of Poets." Lerici, Portovenere, San Terenzo, and Portofino are all known for their scenery, excellent seafood, and literary history.

More recently, the area has produced important contributors to the world of innovation. Renzo Piano is a native of Genoa and still owns a woodworking workshop there. A world-famous architect, his projects include the expansion of the Art Institute of Chicago, the Centre Georges Pompidou in Paris, and now the Shard London Bridge. The latter will soar above neighboring structures as the tallest building in the European Union. – Ashley Roy