What to Read Now: 3 Books to Better Understand Iraq

In this new series, WLT asks distinguished authors to recommend books about specific subjects within their area of expertise. In this installment, we've asked Iraqi writer Weam Namou to offer three books to which readers should turn for a better understanding of Iraq today. From the Mosul-based blogs of a modern-day Anne Frank to the memoirs and poetry of writers living in exile, Namou's choices go beyond one-dimensional media images to delve deeper into Iraq's recent history. 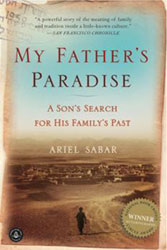 Ariel Sabar is a Kurdish Jew whose father is from Zakho, an ancient town in northern Iraq that is close to my parents' birth village of Telkaif, where people still speak Aramaic. Zakho was once a tolerant community where Muslims, Jews, and Christians dwelt in harmony—the way Iraq was before the 2003 U.S. and British–led invasion. In the 1950s, Yona Sabar and his family immigrated to Israel during the mass exodus of 120,000 Jews from Iraq (since 2003, it has been the mass exodus of 2.5 million Christian Iraqis) and later immigrated to America. Ariel Sabar, seeking to reclaim his heritage, traveled back to Zakho after 2003, only to find utter destruction.   My Father's Paradise is a moving memoir, illuminating the difficulties of establishing peace in Iraq even as attempts are being made to stabilize the different ethnic and religious groups of that region.

Iraqi Girl: Diary of a Teenage Girl in Iraq 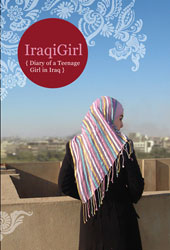 Iraqi Girl is a book composed of blog entries written by a teenage Iraqi girl after the 2003 U.S. and British-led invasion. The book reminded me of The Diary of Anne Frank. No book or film had me grasp the magnitude of the Holocaust as much as Frank's innocent and uninhibited story. Sixty years later, a teenage girl from a different land and culture continues to document her people's legacy of ignorance and violence. Perhaps one day soon these stories will help replace intolerance with compassion. 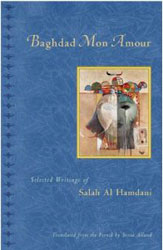 After twenty years of living in the United States, and feeling torn between my Eastern heritage and Western home, I visited my birth city of Baghdad in 2000 when Saddam was still in power and Iraq was under sanctions. I revisited this experience more recently through Salah Al Hamdani's poems and writings in Baghdad Mon Amour, in which Al Hamdani described an impoverished and painful childhood in Iraq, over thirty years of exile in France, and, following the U.S.-led invasion, his first visit to Baghdad. More than four million Iraqis have fled their birth country in the past thirty-five years, escaping Saddam's totalitarian regime, several wars, and the sanctions. In Baghdad Mon Amour, Al Hamdani's words soothe the confusion and sadness most exiles endure. His poetry connects Iraqis and non-Iraqis alike to the continuous suffering of the Iraqi people and the destruction of an entire nation, both of which have affected the world, both of which are realized quite differently through words than they are through what we're more accustomed to—media images.

Weam Namou was born in Baghdad, Iraq, as a minority Christian and came to America at age ten. The author of three novels, she is the co-founder and president of Iraqi Artists Association, and she writes for several local newspapers. Currently, she is working on a feature documentary, The Great American Family. Her poems "Dear Iraq" and "Miriam" appeared in the November 2007 issue of WLT.