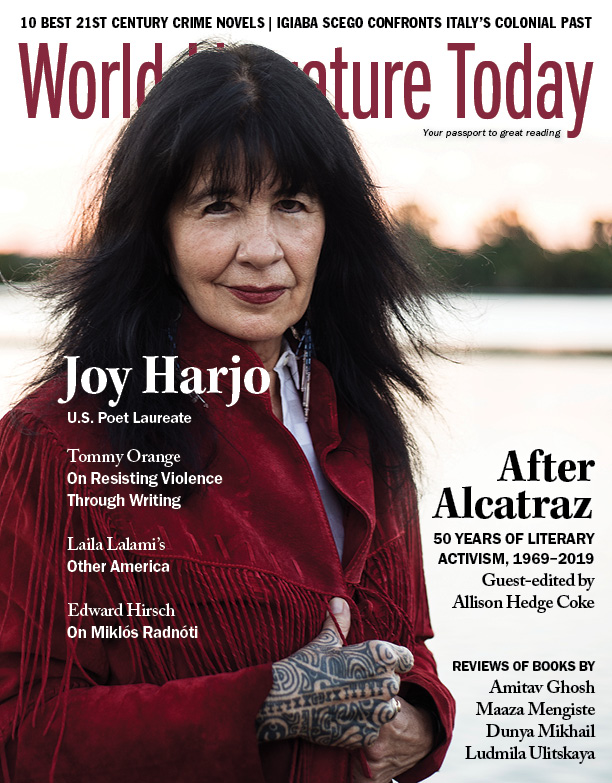 What recent book has captured your interest?

I just started reading Ocean Vuong’s love letter to his mother, On Earth We’re Briefly Gorgeous. What poetry. With whatever Vuong writes, I always have the sense that he is standing absolutely where he is in history, in time, in his body, while bearing the inscribing tool of metaphor and dreams.

What outside the realm of literature has drawn your attention of late?

The poet laureateship. There is so much involved with the position, although it doesn’t officially begin until the opening event at the Library of Congress on September 19. I’ve been in DC, meeting with staff and viewing collections in many of the departments. What a resource! The Library of Congress is the world’s largest public library, and anyone sixteen and over can obtain a library card. I got to hold Walt Whitman’s cane, see part of the largest comic book collection in the world, hear archived tribal songs from a few generations before. I found an image of one of our Hickory Ground members who fought against the Allotment Act, Chitto Harjo, that I had never seen before. Most people don’t realize that poets also research. There is no end to knowing.

What current writing projects do you have underway or have planned in the near future?

My major project right now, besides the laureateship, is a musical that will restore Southeastern indigenous nations to the origin story of blues and jazz, We Were There When Jazz Was Invented. I have another rewrite of the book of the play, and then the music to write. We are also finishing up work on an anthology of Native poetry for publication next fall, When the Light of the World Was Dimmed, Our Songs Came Through: A Norton Anthology of Native Nations Poetry.