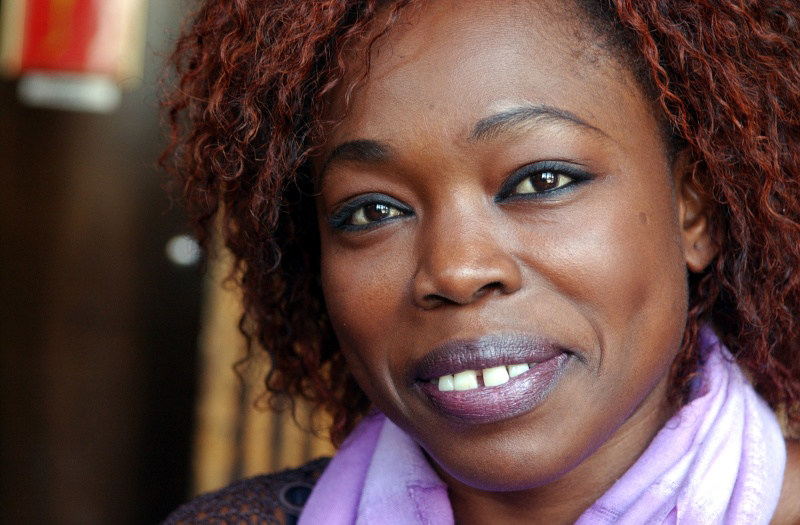 Marianne porte plainte! deserves attention not only because it’s a rhetorically skillful argument for the virtues of a “multicultural” France but also because it shows this prolific novelist successfully transferring her fictional themes and techniques to nonfiction. Readers of Diome’s fiction—from the short-story collection La préférence nationale (2001) to the highly successful novels Le ventre de l’Atlantique (2003; Eng. The Belly of the Atlantic, 2006), Kétala (2006), Inassouvies, nos vies (2008; Our unfulfilled lives), Celles qui attendent (2010; Women who wait), and Impossible de grandir (2013; Impossible to grow up)—will find a familiar voice in Marianne. Diome is also a host of and frequent guest on French TV talk shows, so she is a well-known public figure.[1]

A Senegalese immigrant and resident in France since the early 1990s, Diome’s own experiences on the borders of France’s dominant white Christian culture fuel Mariannne’s spot-on topical argument with personal energy, as they do her fiction. A 140-page monograph, Marianne porte plainte! vigorously denounces contemporary French right-wing politicians’ support for “assimilationism,” which Diome ties to then-presidential hopeful François Fillon’s declaration that “la France n’est pas une nation multiculturelle!” (France is not multicultural!). This assimilationist ethic’s denial of otherness—“une négation de l’altérité” (a negation of otherness)—is exploded by Diome as a cover for an exclusionary Frenchness that particularly targets Africa and Islam.[2] In assimilationism’s place, the author promotes “multiculturalism” through the embrace of traditional French secularism and its Enlightenment internationalist legacy of free thought.

Whom, then, outside this rogues’ gallery, does Diome love? Definitely Marianne herself: this bronzed, statuesque Amazonian French version of Minerva or Athena, the militant, womanly, mysteriously maternal figure, is her emblem of French vigilance for liberty. But the author also loves heroic humans—admittedly mainly dead—whom she connects with open-minded thought, generosity of spirit, and a patriotism that embraces France’s global—formerly imperial—connections. On this eclectic “good” list are Charles de Gaulle, Georges Clemenceau, Voltaire, Simone de Beauvoir, Goethe, and Montesquieu. From the francophone—formerly colonial—Caribbean and Africa emerge such artists, philosophers, and politicians as Aimé Césaire, Léopold Senghor, and Sembène Ousmane.[3]

Marianne draws more than political interest, however. It demonstrates a pervasive and successful adaptation of Diome’s trademark fictional themes and techniques into nonfiction political discourse. From La préférence nationale, Marianne updates Diome’s old target of “national identity.” Protagonists of most of those stories are young migrant Senegalese women who experience the painful humiliation of French attitudes toward their black bodies laboring cheaply as nannies and housekeepers. The French right-wing expression “national preference”—signaling that employment and welfare opportunities should be reserved for French nationals—is the stories’ controlling motif. These protagonists are definitely not “preferred” by French society.[4]

Marianne, sixteen years later, drills down again into a now-modified, post 9/11 and post-ISIS “national preference,” linking it to a paranoid—and lazy—desire for a Frenchness defined by what it is not: “Identifier, nommer, valoriser ce qui fait la France, ne peut consister seulement en cette paresseuse designation de tout ce qu’on croit ne pas lui appartenir” (Identifying, naming, and valuing what makes France cannot consist only in this lazy labeling of everything we think doesn’t belong to it). This vision of France is too restricted (“trop étriquée”); it fears the winds of globalization (“effrayés par les courants d’air de la mondialisation”). We must “sortir de leurs obsessions nationalistes” (get over nationalist obsessions). Champions of assimilationism forget, or choose to ignore, the French tradition of Enlightenment free-thinking secularism, which allows all rather than excludes any particular religion, and which welcomes ideas from all parts of the world: “Nous célébrerons la fraternité dans la diversité” (We will celebrate fraternity in diversity). She proposes a new conception of a fluid, multiple citizenship, “inscrites dans la mobilité et la double, voire, triple appurtenance” (inscribed in mobility and in double, even triple, connections).[5];

This inclusive vision adapts the fragile Derridean “hostile-hospitality” trope of Diome’s fiction, where migrant guests (such as Salie II from Impossible de grandir)[6] hover perilously on the native host’s threshold.[7] Marianne represents the multicultural state as a successful dinner party, a shared meal, where all may enjoy dishes from Alsace, Marseilles, or Paris.[8] In this ideal France, fictional migrant heroines Betty, Salie I, and Salie II would share a table with all the Marie-Odiles and Pierres, and—it is hinted—with the shade of Charles de Gaulle. They would choose from the menu of Bourbon lamb, Alsatian foie gras, and 246 varieties of cheese: “Au menu: agneaux du Bourbonnais, foies gras d’Alsace . . . [and] les deux cent quarante-six variétés de fromages chers à de Gaulle.”[9]

Why cannot the memories of all, including migrants like Diome, be part of Frenchness? Her memories of Senegal will not disturb the Hexagon; arrivals from abroad bring their own cultural riches.

Marianne deploys another persistent feature of Diome’s novels: memory. Political adaptation of the author’s Senegalese memories shows how individual and collective pasts constitute a rich mosaic of national identity. To remember is to allow yourself—or your country—to be in at least two places at once: the past and the present, there and here; to be connected, rather than excluded or exclusionary, and to exist as multiple rather than monolithic beings. Why cannot the memories of all, including migrants like Diome, be part of Frenchness? Her memories of Senegal will not disturb the Hexagon; arrivals from abroad bring their own cultural riches.[10]

Memory—central to much francophone sub-Saharan fiction—may have national, ethical, and political components.[11] Michel Giraud, for example, under a subheading “How can one be black in France today?”, explores the idea, in relation to historical slavery, that while some believe in black Europeans’ “duty to remember” the enslaved past of black populations, others argue that this remembering may be part of a “color trap” invoking the “sacredness of the memory of slavery.” Such remembering may inhibit, it might be argued, the promotion of “‘true’ French citizenship.”[12] Marianne, however, definitely sees memory as essential to the formation of a new, multiple, form of French citizenship.

These authorial memories revive motifs not only from novels but also from a few early essays: “L’eau multiple” (2000), “Les loups de l’Atlantique” (2002), and “Le vieil homme sur la barque” (2010).[13] Pervasive images in all Diome’s works include water, especially the sea; the canoe with its valiant paddler; the fisherman; the navigator-guide grandfather; and the archetypal threat—wolves howling from the dark forest.[14]

Marianne’s fearless canoeist, again reviving a favorite motif, wears “une écharpe mauve d’altérité” (the mauve scarf of otherness) and, like narrator Salie I in Ventre, “[prefers] mauve, that temperate color, a mix of African red heat and cold European blue.”[18] Marianne’s author, more militant, will use her “plume mauve” (mauve pen) as a weapon against those who seek the blandness of assimilation, who “épépinent l’identité nationale” (take the seeds out of national identity).[19]

This mobile water and color imagery matches the flexibility of Diome’s typical fictional narrative method, often an almost imperceptibly shifting blend of first-, second-, and third-person perspectives.[20] Even in novels primarily in the third person, such as Inassouvies, the narrator moves to the second-person imperative mood: here, to urge the griot to comfort all the unfulfilled: “Djéli! Joue pour Betty! Djéli! Joue pour nous, nous les Humains, les Inassouvis!” (Djeli! Play for Betty . . . for us, for human beings, the unfulfilled).[21]

Marianne uses this protean perspective to mimic the connectivity at the heart of her definition of the ideal multicultural state. The shifts in Marianne from first (singular and plural) to second to third person, and from indicative to imperative mood, illuminate multiculturalism’s relish of varied viewpoints. The third-person narrator moves to second to harangue the enemy: “Messieurs les candidats! Prenez-moi pour une cloche . . .” (Mister candidates! Take me for a bell.). These assimilationist politicians must hear her voice as a warning bell or suffer the consequences. Diome exhorts readers, Marseillaise-style—“Aux armes, Citoyens!”—telling us to wield our swords against deadly stupidity, returning to the indicative mood to assure us that the wolves won’t eat the lambs in the name of Marianne, with whom the author, reverting to first-person singular, identifies herself: “Marianne, me voilà!”[22]

In these ways, Marianne redirects fictional topics and techniques to emphasize Diome’s talents as a “short-form” writer. Whereas her novels’ focus and purpose (especially in Inassouvies and Impossible ) are weakened by length and digressions into rather arbitrary satire, this sharply focused monograph neatly dovetails purpose with technique, topic, and audience.

Marianne, though tied to the ephemera of the 2017 French elections, should have a long shelf life, given the post-ISIS anxieties of early-twenty-first-century France, Europe, and the United States. Strengthened by its author’s migrant ethos, arguing persuasively for a conception of French national identity that renounces the fearful quashing of difference, it champions the multiple greatnesses of the worlds of Voltaire, Césaire, Senghor, and Montesquieu. This enjoyable rhetorical tour de force is also a milestone in the career of an important contemporary francophone artist.

[6] I designate the Salie protagonist of Ventre Salie I, and the Salie of Impossible, Salie II.

[7] Jacques Derrida’s formulation of the guest/host relationship, in “Hostipitality,” trans. Barry Stocker and Forbes Morlock, Angelaki 5, no. 3 (December 2000), 3–18, draws attention, as Judith Still explains, to the instability and reversibility of the guest’s and host’s status: Derrida and Hostipitality: Theory and Practice (Edinburgh University Press, 2013), 18. “Le dîner du professeur” (La préférence, 115–23), for example, casts the young woman guest as recipient of unwelcome sexual advances by the host, blurring still further the roles of host-benefactor and guest-beneficiary.

[11] See Odile Cazenave and Patricia Célérier for an excellent discussion of memory as dominant topic: Contemporary Francophone African Writers and the Burden of Commitment (University of Virginia Press, 2011), 55–56.

[12] Michel Giraud, “‘The Question of Blackness’ and the Memory of Slavery: Invisibility and Forgetting as Voluntary Fire and Some Pyromaniac Firefighters,” in Black France / France Noire: The History and Politics of Blackness (Duke University Press, 2012), ed. Tricia Keaton, T. Denean Sharpley-Whiting, and Tyler Stovall, 174–75.

[19] Marianne, 60–61. Mauve is part of Diome’s own “look,” as a glance at Marianne’s book jacket shows, while the cover of Kétala, her novel about a gay Senegalese man in Europe, also signals the boundary-ignoring merging of difference. See also Mauve, a collaborative volume of words and pictures, by Diome and Titouan Lamazou (Flammarion, 2010).

[20] See particularly Ventre, where the first-person narrator Salie I, in France, “enters” the past and present experiences of her brother Madické, back in Senegal, to narrate them as a third-person: “So, over there, at the ends of the earth, I see a young man on a mat . . .” (Belly 4).

[23] See, for example, Inassouvies, where Betty’s thoughts about her neighbor’s unpleasant three-year-old are rendered as direct speech, in a mix of indicative and imperative mood: “Ce petit a déjà occupé la place qui lui a été réservé chez les possédants, une place qu’il ne quittera sans doute jamais de toute sa vie. . . . Vas-y petit, avec cette volonté, tu seras un jour plus riche que ton papa, et, à ton tour tu pourras t’offrir une copie de Barbie!” (This child has already taken the place that its possessors have held for him, a space he will doubtless never vacate during his entire life. . . . Go away, child—with this strength, you will one day be richer than your father, and, in your turn, you will be able to get your own model of a Barbie doll!) (64–65).