Stitching Nature and the Human Heart: The Poetry of Hélène Dorion 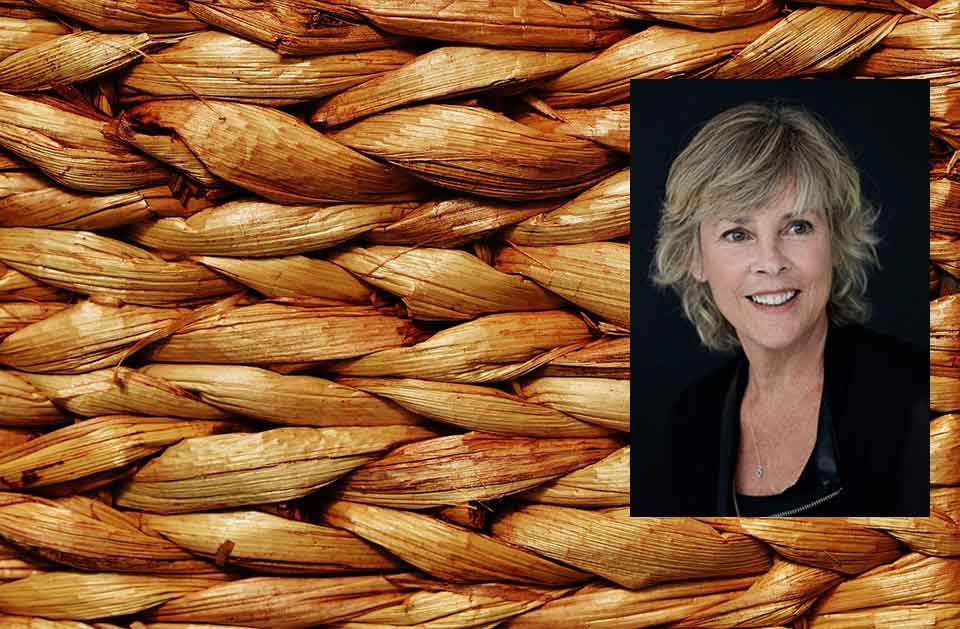 One of the major themes throughout Quebecois writer Hélène Dorion’s work is her focus on the relationship between physical and emotional landscapes. We are conditioned to see this theme through the eyes of the Romantics who matched a dramatic life moment with a dramatic landscape, one instant frozen in time. Not so in Dorion’s work, or at least not so obviously. For one thing, she examines a wide range of emotions; some are of a philosophical nature, such as the passage of time, the inevitability of death, while others are more poignant, such as parental and amorous love. Then, while she focuses on a turning point in one’s life, such as a parent’s death or the separation of lovers, she examines them in a continuum of time, creating parallel stories of the cyclical motions of life, death, and new beginnings. Her publications of the last six years—four handsome volumes—exemplify this poetic demarche. These four books seem to resonate with one another, forming a palimpsest of love that spans the remotest corners of the soul.

In Recommencements (2014), Dorion explores her relationship with her mother during the last months of the latter’s life. In Le Temps du paysage (2016), she focuses on her relationship with her aging father (reviewed in WLT, January 2017). In both volumes, landscape and emotion echo off each other. The tones of those volumes are dark, as they were written soon after the death of each parent. Both collections employ poetic prose, as if to better weave the memories together. Dorion’s two books about love, on the other hand, are almost perfect counterpoints for three reasons. Their publication dates seem to surround the two above-mentioned “parental” volumes; they are written in verse; and nostalgia makes way for joy. Cœurs comme livres d’amour (2012; reviewed in WLT, January 2013) was the last volume of verse published by Dorion before she returned to poetry with Comme résonne la vie (2018).

Dorion’s recent books seem to resonate with one another, forming a palimpsest of love that spans the remotest corners of the soul.

Cœurs comme livres d’amour provides a good illustration of Dorion’s symbiotic technique. Lacing the heart’s seasons with nature’s seasons, Dorion creates an effect not unlike the tapestry technique called the rice stitch, with the needle crisscrossing the canvas to the same openings for a layered effect. Throughout the book, seasons talk to one another, reminding us of the spiral-shaped pattern of time, and in between these prose dialogues are situated poems—the pause of the heart echoing its seasons. Below is an excerpt from the fourth part of Cœurs comme livres d’amour, translated into English by Hugh Hazelton. It is prefaced by a quote from Mario Luzi, “Which light fills the heart?”

Lacing the heart’s seasons with nature’s seasons, Dorion creates an effect not unlike the tapestry technique called the rice stitch, with the needle crisscrossing the canvas to the same openings for a layered effect

look at the movement of the world through that which we are, the repetition is never more than apparent, do not look at the road as if you remained motionless in the midst of your live, you know the rose, you are not less than what you search for, it’s all in the nuance, in the brightness, these blues, this red that pierces and ochre that sweeps the horizon, everything is in the garden that opens to the winds, in the enigma of a face, the imprint of spring on my fingers, the taste of summer in the mouth of winter, it’s all in the mystery that we incarnate, in the din of days that topple over, the silent voyage from one end to another of time that never runs out but opens up as the rose opens

we are the tree and the house, love and the link, we are the tireless wheel, the windowless horizon, the threshold and the boat, we are the shadowless well, the leaf and the bud, a sort of eternity, we are memory that will be reborn, lesson of patience, reading of skies, intimate lives that preserve the most simple, we are the candle of morning, light earth, not even dust, not even shower

we know the beginning of things through that which dies, the whitewater passage that tears us apart, revives our patient fervours, we know all this time above, all this time below, we know the offering and abandonment, stand tall as an oak, dance like the cedars, bend like the poplar

we are neither the poor who erode and bleed the tree, nor the hardened who dig up the heart, right through to the bark, we are neither the storm that lays bare and wounds, nor the cold that stifles, we are the blocks of ice that wander till they’re reborn, the forest that is nothing more than a rain of long stems, we are the mountain that has shaken its shadows, the patient geometry of the soul, and just as the atom turns, the needle, the propeller, the age of iron and lead turn, the wise man turns around himself, and the century, the blood and the tree turn, and the earth till gold, all things turn along with us

Again the autumn, to listen to the passage,
to feel even the disorder that the earth swallows up.

Again, within me, the branch that my soul has stripped clean.
I return to the point of time
that scrapes and sows my life.

The voyage begins once more
from one season to the other, following one another,
like in a piece of music,
the dark and the brightness,
the beauty reborn from what is extinguished.

A darkened sky precedes the harvest.

Once again the fall, to embrace the breath
that rakes up, chews, crosses out and tears apart
what I know of myself,
unties what each time closes up
and each time leaves me bare.

See the movement of the world through that which we are, the repetition is never more than apparent, don’t watch as if you remained there, motionless in the midst of your life, it’s

In Comme résonne la vie, perhaps the most achieved of her volumes of poetry and hailed by critics as her most beautiful, Dorion returns to the theme of “this fury of eternity that haunts us.” She seems to have found a deeper fusion with nature, as seen in her scintillating words and images, crystalline in their weightless eternity:

One wishes for the tree that spears
the pale horizon
each weightless bud
poems that scour the nothingness
like the stone-eating wave.

I need this tree to tell me
who I am, this dawn-scattering trunk
the time-embraced roots
I need the broken branch
the weight of the words
in the palm of my hand, the promise
of a new beginning.

Comme résonne la vie was published for Dorion’s appearance at the 2018 Marché de la Poésie in Paris, where Quebec was the featured country. On the festival website one can read: “Among the guests is Hélène Dorion, one of the most beautiful voices of francophone poetry, who uses language to transform ‘chaos into joy.’” The main protagonist of this volume is the earth and its rhythms—ocean tides, trees roots’ growth, the coming of dawn like a shedding of leaves, the passing of time. Returning to a Romantic image, Dorion compares her life to a boat on a stormy sea. Yet she seems to have found appeasement and joy in the fulfillment of life as “a voyage / that leads / to my own beginning” (42) in a profound harmony with nature. This oft-forgotten wisdom is as ancient as the world, one of the fundamental dynamics of human life.

In the words of her editor Bruno Doucey, Dorion’s poems illuminate that “strange light which incompletion lays on the things of life.” This is particularly visible in four poems entitled “Imaginary portraits.” In the first poem, Dorion asserts that she does not know how to draw, whereas in the second one she imagines herself drawing imaginary maps; in the third one she asserts that she does not know how to play music, whereas in the fourth she affirms that she can play music—defined as the writing of poems that reflect her knowledge of proportion, color, forms and their weight, rhythm and tone, as well as the precise cartography of life and dreams, with its paths and waterways. Awareness of those mists and mysteries leads to a heightened sense of presence in the world. The translation below is mine.

I know the transparency of the sea
And that of drunken leaves
rushing into a sky, I know

the transparency of nightly silence
or tumult, that of the heart
of the tongue through which I peruse
my life harried with many a question, I know

winter’s dénouement
until nothingness, this tenuous edge
of things one nears to better hear
the human voices that crush us

I know memory tattooed with shadows
that suck us in, yet so little do I know about
the mystery haunting us like absence.

I know the transparency of the dreams we carry
the one where one floats as if
surrounded by breathing seas
that reveal to us
what is free and vast.

The lines of our lives
crisscross each other, tangle, and break,
yet they do not diminish the luminous gift
nor those hard winds against which we write.