The following talk was first presented at the annual meeting of the Modern Language Association in Seattle, Washington, January 2020.

Teaching the literature of American Indians is admittedly paradoxical. On one hand, it has to do with the fact that storytelling must be in our genes. Every tribe has its own creation story, and this offers an important source for identity and community. Tribal creation stories unite the people to a place with roots as deep and as strong as our great Pacific Northwest trees. Storytelling anchors the people to a family, community, and a land that shows who you are and where you were born. Even if you move to another part of the country, the spirit of the home of your people will follow you and be central in the development of your art and character.

Childhood experiences offer you the primal images, stories, and dreams that will eventually inform your aesthetic view and what is significant and necessary in the cultivation of the creative impulse. I would like to illustrate this fact by mentioning a poem of mine that was written at Yaddo, a writer and artist retreat at Saratoga Springs, New York. The poem, “A November Night at Yaddo,” was inspired by an incident one evening as I was stepping along the grounds and felt and smelled the pine needles that covered the ground, which sparked a memory of when I was a boy walking near the home of my grandfather at Hadlock, Washington. It is deeply evocative that something so slight as the sensation of stepping on pine needles in the early evening could trigger such a distant connection that is three thousand miles away and when I was a boy living with my grandfather. We were stepping down a trail from his house to the beach at Hadlock Bay, where we planned after our walk to visit my great-grandparents on a small bluff just above the beach. This evening returned to me as I was slide-stepping on thousands of pine needles at Yaddo, when I saw a snowy owl searching the snow-covered earth for the movement of a mouse in the silver moonlight. The owl was poised on a tree with the patience of a well-seasoned hunter. And it wasn’t very long until the owl saw a mouse and in its silent flight caught it in its grip—the mouse probably never knew what hit him. This was the moment that leap of memory occurred and crossed the country in a second when I again smelled the air greener than the sea caves along the Strait of Juan de Fuca. On that evening stroll I could do nothing else but throw a handful of pine needles to weld intimately to memory the winter count.

This has everything to do with a promise I made to my grandfather to never abandon our western red cedar and western hemlock, never forget any creature that shares this world with us, never participate in a rape of the earth and the sea. If I could manage this, then perhaps I could play my small part in advancing the literature of my Klallam, Twana, and other tribal ancestry to the ancient story and poetic traditions of my ancestors. To pass the storytelling staff on to a younger generation of writers and artists has always been the best path in keeping these arts alive and acting as a carrier of these arts we have practiced since the days of the First People, over twelve thousand years ago.

This has everything to do with a promise I made to my grandfather to never abandon our western red cedar and western hemlock, never forget any creature that shares this world with us, never participate in a rape of the earth and the sea.

Fortunately, in 2020, after decades of condescension from white scholars and writers, the time has arrived whereby a tribal author need not feel less an author for what he or she puts on paper. The Euroamerican literary canon was forced to open its doors when the steady flow of books by American Indians burst upon the scene in the 1960s, and it has continued to grow each decade since then.

Writers such as Leslie Marmon Silko, James Welch, Louise Erdrich, Ray Young Bear, Wendy Rose, Simon Ortiz, N. Scott Momaday, Maurice Kenny, Joe Bruchac, Roberta Hill, Paula Gunn Allen, Gladys Cardiff, Joy Harjo, Vine Deloria Jr., and others established a body of work that supports the idea that we have the writers to support teaching American Indian literature. This generation of authors was recognized by critics and scholars as the Native American Renaissance, which was an error since tribal authors had been publishing books as far back as the nineteenth century. So they were merely adding their stories, novels, and poems to a long tradition.

And if the larger United States community of readers of literature are willing to take the plunge, he or she may learn two important things: to challenge cultural separatism and narcissism by being willing to experience a culture in many ways different from his or her own but similar in that we all must face the same hurdles of life and death. Yet if the reader approaches the literature with a desire to understand and achieve pleasure in the process, perhaps a new perspective will be discovered about one’s own self and society.

Until recently, most non-Natives had a problem accepting the aesthetic of American Indian art because they seemed to have somehow lost faith in the truth of their own words and convictions. Cynicism had sprouted new wings and had taken to the air. TV and the rest of the mass media were overloading the individual with words so thoroughly commercialized and polluted that we wondered where it might lead us, into that black hole the psyche knows can cripple the brain and also the body.

Yet today the sky is alive with sunlight and clear air since the arrogance and attitudes of cultural imperialism have weakened and eroded but by no means disappeared. The prejudices of the status quo are little by little fading like dust in waves of deconstruction. This suggests we are in a position now to embrace the literature that sings of the truth of nature and is grounded in the ancient stories. These indigenous authors see that the word of art is a sacred object, a vital force of man and woman and the natural world. Since its origins are closely connected to the oral tradition and are still valued by the present generation, their beat goes on. Words carry the culture from past generations to the present and, with luck and determination, on into the future. Tribal values have always been fused into song and story. This is because tribal authors believe the word, when used respectfully, is invested with power and magic. It is a mirror of the soul and also the world.

We are in a position now to embrace the literature that sings of the truth of nature and is grounded in the ancient stories.

Unsurprisingly, the sense of a word’s power was commonplace among tribes in the ancient past and was thought to have a life of its own, independent of its narrator. Tribal authors saw that they are able to create a work of art because they are merely the vocal reeds for the expression of their people, and that a higher power than themselves presents the gift to give back to the people something they had lost long ago on the road we are forever following into the next century. They believe they are only keepers of the dream-wheel of the art and its music. If anything, these authors think such creation offers all readers the chance to be more whole, more real, and not the other way around.

It might be a good idea to keep in mind there are countless reasons for teaching American Indian literature. One of the most important is the fact that the US, state, and local governments across the country have wanted to erase the tribes from the face of the country since the colonial period. George Washington said, for example, in 1783 that “Indians and wolves were both beasts of prey, though they differ in shape.”[i]

So the effort by the federal, state, and local governments to exterminate American Indians has a long and brutal history, and this is why American Indian historians have exposed these atrocities from different periods in our history. Even white scholars like Richard Kluger and Lisa Blee have contributed to this exposé. Three current books on the genocide of American Indians are a few of the finest I have ever read: Benjamin Madley, An American Genocide: The United States and the California Indian Catastrophe (Yale University Press); David Grann, Killers of the Flower Moon: The Osage Murders and the Birth of the FBI (Vintage); and Roxanne Dunbar-Ortiz, An Indigenous Peoples’ History of the United States (Beacon). Over the decades I have read many history books on white and Indian relations in the United States, and these three collections are in my mind destined to become classics in US history.

These books ought to be on the shelf of any teacher of American history or literature, for many writers of the literature have written about the history in their fictional and poetic accounts. They have opened the doors to help us find the reality behind Indian-white relations. They do an impressive job of exposing the centuries-long genocidal program of the US settler-colonial regimen that has largely been omitted from history. It should be our job to make sure this reality is no longer ignored and swept under the national rug.

Isn’t it about time for story-keepers to unite and celebrate our unflinching commitment to truth?

After all, today the United States has more than five hundred federally recognized indigenous nations comprising nearly three million people, descendants of the fifteen million Native people who once inhabited this land. Isn’t it, therefore, about time for story-keepers to unite and celebrate our unflinching commitment to truth? Let the discussion reach the moon and stars and the hearts of our ancestors that still live vividly in our art and dreams.

You might expect American Indian writing to be bitter, given the history and continuing attacks, but this literature is full of humor, beauty, hope, and off-color jokes. This shows the strength and resilience in the human spirit, so all readers from any culture or background may find encouragement to remain strong and positive in the face of adversity. These lessons are needed more than ever in today’s world. Every culture has its own unique worldview and adds to our knowledge of what it is to be human. The loss of the literature of any of these traditions and cultures would be a loss to everyone. We should all remember this truth: “We are all people, together, in this place.”[ii]

[i] Richard Kluger, The Bitter Waters of Medicine Creek: A Tragic Clash between White and Native America (Alfred A. Knopf, 2011), 55. 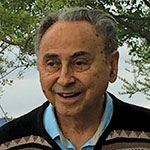 Duane Niatum (Jamestown S’Klallam) writes poems, stories, and essays and studies European and American Indian art, literature, and culture. He has been widely published in the United States and abroad (see “Moments Hard to Piece Together,” WLT, Autumn 2019). His ninth book of poems is Earth Vowels. The Northwest landscape and legends of his ancestors help shape his writings.