“Defending a free and just society with our own blood”: An Open Letter from Ukraine

As a follow-up to our post “Protesting on the Square in Kiev” on December 11, 2013, we received the letter below from Yuri Andrukhovych, who is on the front lines of the protests on Kyiv’s Maidan Square. 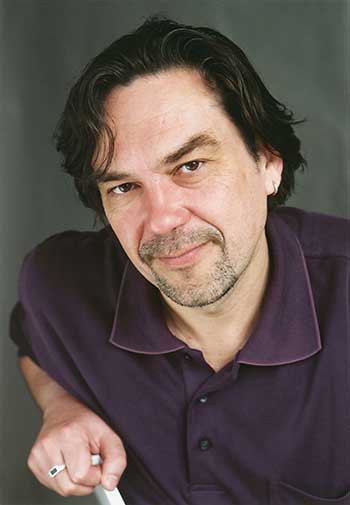 These days I receive from you lots of inquiries requesting to describe the current situation in Kyiv and overall in Ukraine, express my opinion on what is happening, and formulate my vision of at least the nearest future. Since I am simply physically unable to respond separately to each of your publications with an extended analytical essay, I have decided to prepare this brief statement that each of you can use in accordance with your needs. The most important things I must tell you are as follows.

During the less than four years of its rule, Mr. Yanukovych’s regime has brought the country and Ukrainian society to the utter limit of tensions. Even worse, it has boxed itself into a no-exit situation where it must hold on to power forever—by any means necessary. Otherwise, it would have to face criminal justice in its full severity. The scale of what has been stolen and usurped exceeds all imagination of what human avarice is capable. The only answer this regime has been proposing in the face of peaceful protests, now in their third month, is violence, violence that escalates and is “hybrid” in its nature: special forces’ attacks at the Maidan are combined with individual harassment and persecution of opposition activists and ordinary participants in protest actions (surveillance, beatings, torching of cars and houses, storming of residences, searches, arrests, rubber-stamp court proceedings).

The keyword here is intimidation. And since it is ineffective, and people are protesting on an increasingly massive scale, the powers-that-be make these repressive actions even harsher. The “legal base” for them was created on January 16, when the members of Parliament, fully dependent on the president, in a crude violation of all rules of procedure and voting, indeed of the Constitution itself, in the course of just a couple of minutes (!) and with a simple show of hands (!), voted in a whole series of legal changes that  effectively introduce dictatorial rule and a state of emergency in the country without formally declaring them. For instance, by writing and disseminating this, I am subject to several new criminal code articles for “defamation,” “inflaming tensions,” etc. Briefly put, if these “laws” are recognized, one should conclude: in Ukraine, everything that is not expressly permitted by the powers-that-be is forbidden. And the only thing permitted by those in power is to yield to them.

Not agreeing to these “laws,” on January 19 the Ukrainian society rose up, yet again, to defend its future. Today in television newsreels coming from Kyiv you can see protesters in various kinds of helmets and masks on their faces, sometimes with wooden sticks in their hands. Do not believe that these are “extremists,” “provocateurs,” or “right-wing radicals.” My friends and I also now go out protesting dressed this way. In this sense my wife, my daughter, our friends, and I are also “extremists.” We have no other option: we have to protect our life and health as well as the life and health of those near and dear to us. Special forces units shoot at us, their snipers kill our friends. The number of protesters killed just on one block in the city’s government quarter is, according to different reports, either five or seven. Additionally, dozens of people in Kyiv are missing.

We now have a revolution of the young. Those in power wage their war first and foremost against them. For some strange reason, the victims of such actions are overwhelmingly young artists—actors, painters, poets.

We cannot halt the protests, for this would mean that we agree to live in a country that has been turned into a lifelong prison. The younger generation of Ukrainians, which grew up and matured in the post-Soviet years, organically rejects all forms of dictatorship. If the dictatorship wins, Europe must take into account the prospect of a North Korea at its eastern border and, according to various estimates, between 5 and 10 million refugees. I do not want to frighten you. We now have a revolution of the young. Those in power wage their war first and foremost against them. When darkness falls on Kyiv, unidentified groups of “people in civilian clothes” roam the city, hunting for the young people, especially those who wear the symbols of the Maidan or the European Union. They kidnap them, take them out into forests, where they are stripped and tortured in fiercely cold weather. For some strange reason, the victims of such actions are overwhelmingly young artists—actors, painters, poets. One feels that some strange “death squadrons” have been released in the country with an assignment to wipe out all that is best in it. One more characteristic detail: in Kyiv hospitals, the police force entraps the wounded protesters; they are kidnapped and (I repeat, we are talking about wounded persons) taken out for interrogation at undisclosed locations. It has become dangerous to turn to a hospital even for random passersby who were grazed by a shard of a plastic police grenade. The medics only gesture helplessly and release the patients to the so-called “law enforcement.”

To conclude: in Ukraine full-scale crimes against humanity are now being committed, and it is the present government that is responsible for them. If there are any extremists present in this situation, it is the country’s highest leadership that deserves to be labeled as such. And now turning to your two questions which are traditionally the most difficult for me to answer: I don’t know what will happen next, just as I don’t know what you could now do for us. However, you can disseminate, to the extent your contacts and possibilities allow, this appeal. Also, empathize with us. Think about us. We shall overcome all the same, no matter how hard they rage. The Ukrainian people, without exaggeration, now defend the European values of a free and just society with their own blood. I very much hope that you will appreciate this.

Translation from the Ukrainian
By Vitaly Chernetsky

Yuri Andrukhovych is one of Ukraine’s premier writers and the “patriarch” of the Bu-Ba-Bu literary performance group that reenergized Ukrainian literary culture in the late 1980s and 1990s (see the September 2005 issue of WLT). Andrukhovych is also an accomplished translator of the Beat Generation writers, the New York School poets, and Shakespeare’s Hamlet into Ukrainian, and he is the literary editor of the cyberjournal Train-76.