Advice to the New Guard: A Conversation with Translator Jessica Cohen 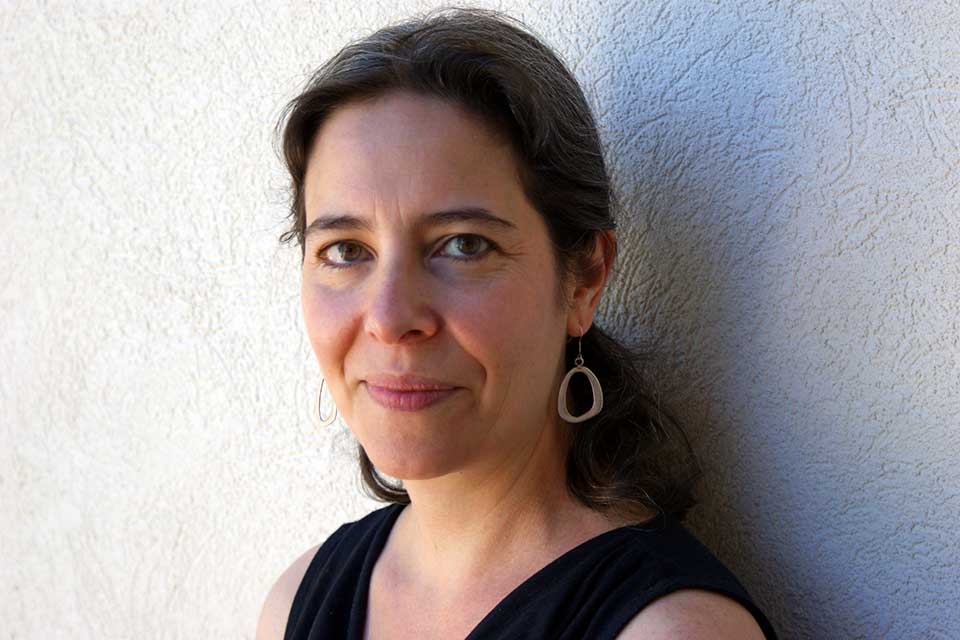 Since 2003, Jessica Cohen has published over twenty books translated from Hebrew to English. Among other honors, she shared the 2017 Man Booker International Prize with author David Grossman for her translation of Grossman’s A Horse Walks into a Bar. She has also translated the work of Amos Oz, Etgar Keret, and many others.

Veronica Esposito: You are a translator who has quite a bit of success in terms of publishing consistently and working with very high-quality authors and presses. What would you say to younger translators who are looking to reach a more established place in the translation field and become a part of its new guard?

Jessica Cohen: Stay current with the literary scene in your source country/ies and read as much as you can. It’s important to have a sense of the broader literary trends and lineages but also to figure out which kinds of books and writers you connect with, because they will be the ones you will translate best and have the passion to promote. Contact agents who represent the authors you like. My long-standing relationship with a premier literary agent in Israel has been hugely important to my career and has opened doors for me that I could never have opened myself.

Try to also contact authors directly (this is easier in a small country like Israel, where there are usually only two or three degrees of separation between you and an author); tell them you like their work and would like to translate it (but be wary of making any promises regarding publication). Try to get short pieces published in literary journals, both translation-focused and others. I’m not convinced that this necessarily paves the way to book deals, but it’s good to get your name—and the author’s—out there, and you never know who will read your translation and what it might lead to.

Perhaps most importantly, establish relationships with fellow translators, both in your language and generally. Join organizations and online forums, seek out mentorships (formal and informal), attend events and conferences where you can meet translators in person (there are countless virtual opportunities now, and hopefully the physical kind will resume soon). Especially if you are working from a “minor” language, you will find these contacts invaluable. I frequently refer translations to colleagues when I can’t take them on, and this can be a very fruitful way to find new work. And of course, pursue contacts with publishers and editors. I confess that I’ve had very limited success in pitching my own translation projects, but I nonetheless value the connections I’ve made with editors (mostly at ALTA conferences, as well as through previous projects), and it’s gratifying to query an editor or pitch a project and actually get a response, even if it’s a “not for us.” (You’d think this would be a given, but I’m still astonished at how many queries go completely unanswered.)

And when you do have a translation project accepted for publication, whether by a journal or a publisher, be professional, meet your deadline (or let your editor know well ahead of time if you anticipate missing it), review your work, and edit it more than you think you need to. In other words, make your editors’ lives easier. I worked for many years in the commercial translation world, and I think that experience gave me a strong work ethic and an understanding of how to pull my weight in a project that involves many people doing their jobs. Literary translators should expect to be treated like professionals, but that comes with the obligation to conduct ourselves professionally.

Literary translators should expect to be treated like professionals, but that comes with the obligation to conduct ourselves professionally.

Esposito: What do you think Hebrew literature uniquely offers to the translation field?

Cohen: I’m not sure that Hebrew literature (or any other national literature) is unique. Or rather, they are all unique. I would like to move away from compartmentalizing literature from different countries, and indeed from pigeonholing translated literature as a whole. Literature is literature. Good writing is good writing. Of course there are different genres, different styles, but for the most part they transcend national and linguistic borders. Surely a Bulgarian murder mystery has more in common with an American one, in terms of the reader’s experience, than a murder mystery and, say, a memoir in verse, both written originally in English?

That said, Israel does occupy an outsized space in public awareness, and I think translations of Israeli literature (most, but not all, of which is written in Hebrew) can offer a more complex and nuanced picture of the country than the typical US/UK reader may get from the news. There is a tendency for readers and publishers (I’m still undecided which is the chicken and which is the egg) to seek out Hebrew literature that engages with the “usual suspect” themes (the Occupation, the Holocaust, religious vs. secular discord, etc.), whether it confirms or negates preconceived notions regarding those issues. And then there are those who run the other way when they come across Israeli writing because they assume it can offer nothing else.

But the reality is that Israel’s literature reflects its society: polyphonic, multilayered, divided, deeply self-critical. I am sympathetic to the notion that Israelis should not have the privilege of ignoring the injustices committed by their state for decades, and that accepting Israeli literature (and other art) that disregards those injustices is a way of normalizing or legitimizing them. And yet Israelis do write about love, friendship, families, dreams, and all the other things we like to read about, and when that writing is good, there is value in translating it.

Esposito: In terms of the authors you work with, what feels freshest or most thrilling about them?

Cohen: I’ve noticed (or perhaps I’m drawn to) an experimentation with different narrative forms, even when the themes and stories are not necessarily innovative. (I’m generally inclined to think that the stories have all been told; it’s a question of finding new ways to tell them.) David Grossman, for example, is exciting to me because in almost every one of his recent books, he has taken a different approach to the act of storytelling, whether by using a hybrid prose/poetry/drama form (as in Falling Out of Time), framing the story as a stand-up comedian’s performance (A Horse Walks into a Bar), or using an unreliable first-person narrator to depict a real-life figure (the forthcoming More Than I Love My Life).

The book I’m currently translating (Uri Yitzhak Katz’s debut novel, very tentatively titled The Man Who Got Stuck with a Sullen Face) is an ambitious work combining multiple forms and genres (sci-fi, epistolary, personal essay, short stories, fables, to name just a few) that somehow coalesce into a brilliant piece of writing. Another book I translated recently, Pretty Wide Open, by Esther Peled (which won Israel’s prestigious Sapir Prize, and for which we are still seeking an English publisher), is somewhere between memoir and fiction, comprised of short scenes alongside philosophical meditations. This type of writing interests me as a translator, and I think it offers something refreshing to readers.

Esposito: Going forward, what do you hope to have more of in your translation practice?

Cohen: Money! Just kidding. But only slightly. Most literary translators struggle to make a living from their translation work. I’ve been working with some colleagues (including the indefatigable Alex Zucker and Julia Sanches), largely under the auspices of the Authors Guild, to spotlight literary translators’ working conditions and increase awareness (both within the translation community and in the broader literary sphere) of their rights. Literary translators work in the gray area between art and craft, and my sense is that because many of us think of ourselves as artists, we dislike talking about money and are hesitant to insist on our right to earn a living wage. This perpetuates the perception that translators will work for very low (or no) pay, simply because we are passionate about our work. I do love my work, and I’m grateful to have stumbled into this profession, but that doesn’t mean I don’t have bills to pay. Let’s not forget that we’re not the only ones who love our work: there are readers who love it enough to pay for it, and we should be compensated accordingly.

I do love my work and I’m grateful to have stumbled into this profession, but that doesn’t mean I don’t have bills to pay.

Esposito: As we move forward in a world defined by things like Covid-19, divisive politics, and systemic inequalities and discrimination, what do you think literary translation offers?

Cohen: Literary translation is a way to connect with something larger than my individual (and necessarily biased) perspective. It has given me a community (I generally avoid this overused word, but it feels apt here). My background is bilingual and tricultural, which has made for a complicated and unresolved sense of identity or, rather, a constant grappling with questions of identity and belonging. Literary translators get that. Many of them have similarly convoluted identities.

This also connects back to issues of pay and working conditions. As Alex Zucker pointed out at the recent ALTA conference, if we acknowledge (as we must) that people of color and other marginalized populations are economically disadvantaged, then it makes sense that fewer of them can afford to work in a poorly paid field like literary translation. If literary translation were better paid, it would open the door to translators from different backgrounds, who are otherwise unable to viably work in this field.Beyond the camaraderie I feel in a roomful (or a screenful) of translators, I also think it’s no coincidence that translators are, overwhelmingly, concerned with issues of social justice, human rights, equality, and diversity. Of course there is still a lot of work to do, as is evident to anyone who has seen the overwhelmingly white presence at your average translation conference. But the work is starting to be done, slowly, falteringly.

Editorial note: This is the eleventh in Veronica Esposito’s monthly series, En Face: Conversations on the Future of Translation, which will run throughout 2020. Her conversation with Margaret Jull Costa is in the Autumn 2020 issue.