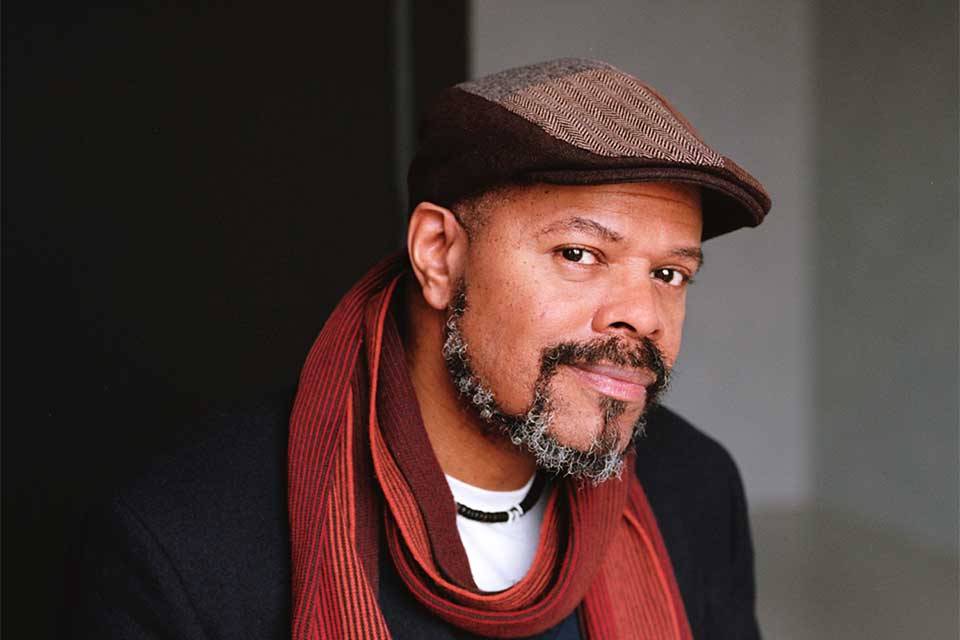 John Keene is the author of Counternarratives, which received an American Book Award and the Republic of Consciousness Prize. He is also the recipient of a Lannan Literary Award and a MacArthur Fellowship. He is the translator of Hilda Hilst’s Letters from a Seducer, and he is an essayist advocating for increased diversity in translated literature.

Veronica Esposito: As you argue in your essay for the Poetry Foundation, “Translating Poetry, Translating Blackness,” “we need more translation of literary works by non-Anglophone black diasporic authors into English.” What is the importance of these writers to the US translation scene and US culture more broadly?

John Keene: I believe it is important to hear from as broad an array of global voices as possible, in part to increase our understanding of both the rest of the world and of ourselves, and to avoid what Chimamanda Ngozi Adichie has beautifully described as “the single story.” Whatever we might feel about globalism as an economic system and ideology, global interdependence is real; isolationist and neocolonial and neo-imperial approaches to the United States’ relationship with the rest of the world are bound to fall, no matter how much military hardware and hegemonic soft cultural power this country deploys. Climate change and global warming, to name but two pressing challenges, underscore this on a daily basis. It’s clear that the United States’ lack of deeper social, political, economic, and cultural knowledge of and dialogue and engagement with the rest of the globe have been utterly disastrous at times (compare the Afghanistan War, the Iraq War, and so on). Part of this vital knowledge and means of dialogue—which, let me clear, need not be viewed as instrumental but for its own sake—lies in the literature, in all senses of the word, of these societies. The US proceeds with immense peril if, at this point and looking forward, it fails to listen to and learn from others.

The US proceeds with immense peril if, at this point and looking forward, it fails to listen to and learn from others.

Esposito: Why don’t you think more has been done to bring these voices into English?

Keene: There are many potential ways to diversify the translation field. One might be for current translators, academics, editors, and publishers, among others, to actively encourage future translators who possess or are developing multilingual skills (heritage bilingual speakers, scholars, and writers who have studied multiple languages, etc.). Translation workshops, seminars, and discussions should be integral units in MFA and PhD programs and also can be components of community-based, independent writing workshops and reading groups. Another option might include encouraging established translators to step outside their comfort zones and to consider translating writers—women; racial, ethnic, religious minorities; LGBTQIA+; economically and socially marginal, politically dissident, etc.—whom they might otherwise overlook. Yet another might involve writers, especially prominent ones, championing works in translation and translators and urging publishers and editors to underwrite or at the very least to consider publishing translation projects. A final one might be to encourage translation and second-language study and acquisition at the elementary- and secondary-school level in the US, which might also create interest in translated work and translation.

Translation workshops, seminars, and discussions should be integral units in MFA and PhD programs and also can be components of community-based, independent writing workshops and reading groups.

Esposito: What individuals and/or institutions do you believe are doing laudable work to improve diversity in the world of translation?

Keene: There are some very good people and institutions, and I do not want to leave anyone out, but I’ll mention a few (there are many more). Words Without Borders has done a very good job, I think, of attempting to share works from all across the globe. Poetry International is a site I’ve gone to many times to find poets from all over the world. Aster(ix) is a journal that publishes writing and writers you might not see in most mainstream journals. Three Percent is a site I frequently use to learn more about translation and, in particular, who’s getting translated, who’s translating, etc., among some of the better-known presses. There are journals like Almost Island, A Public Space, the White Review, and more in which you can find more diversity than you would in some of the high-profile, mainstream publications and periodicals.

Esposito: As an author, you’ve written works that revise prevailing narratives regarding how people of color fit into the settling of the Americas and the evolution of the United States. How does your translation practice integrate with this writing?

Keene: My translation work profoundly informs my own creative activity because it reminds me that the models which predominate and prevail in the US are not universal or the limits of what is possible. While all aesthetics are culturally mediated, none are absolute or stop at national borders, no matter however strong certain domestic and local trends may be. Translation often provides a powerful affirmation that there are multiple ways, beyond the most dominant ones, of imagining and writing the world into being, and that artistic conversations have always circulated and moved in more than one direction.

My translation work profoundly informs my own creative activity because it reminds me that the models which predominate and prevail in the US are not universal or the limits of what is possible.

Esposito: What are some works in translation that strike you as emblematic of the future of translation?

Keene: Again, there are many, but a few would include some of the exciting work underway on social media that involve writers and translators in dialogue with each other in real time, sharing work, critiques, ideas, and so on, in a way that was not possible before, particularly over such vast expanses of time and space, since social media in a sense collapses these. Another would be the works of groups like Antena Aire, whose members are interested in multifarious, social- justice-oriented, and politically transformative and liberatory aspects of translation. Their work brings us voices we might otherwise not see. The recent Translation Across Borders conference at Brown University, organized by Sawako Nakayasu, Qussay Al-Attabi, in conjunction with Jane Sokolosky and others at Brown, convened literary translations, translators, and interpreters doing work at the local and federal/international levels, student translators, and translators working in experimental forms, and this sort of gathering to me feels utterly important and what the future of translation might look like.

Esposito: What is one trend in the translation world that you think we’ll be paying attention to for years to come?

Editorial note: This is the third in Veronica Esposito’s monthly series called “En Face: Conversations on the Future of Translation” that will run throughout 2020. Her conversation with Antonia Lloyd-Jones will appear in the spring 2020 issue, and her conversation with Elisabeth Jaquette appeared in the winter 2020 issue.