May 1, 2017
by
Ernesto Reséndiz Oikión
translated by
George Henson 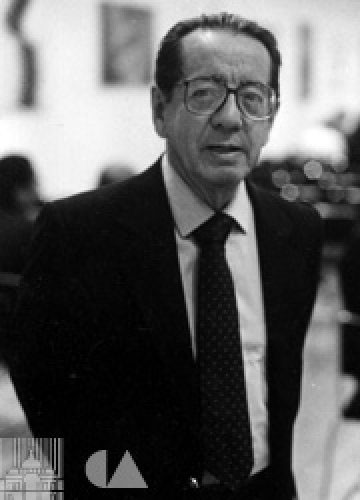 The day was gay, then I learned from my dear friend Bertha de la Maza of the death of writer Jorge López Páez (1922–2017).1 It was thanks to Bertha that I was able to meet Don Jorge last year in my favorite bookstore, Voces en Tinta. He arrived in a wheelchair, accompanied by his husband, Victor, who cared for him lovingly. This genius of Mexican narrative looked reduced in the chair. It was a privilege that he would dedicate his books to me, copies that I carried away filled with emotion. Nonchalant and smiling, he was more interested in those of us who listened to him than in talking about himself. He seemed prodigious at ninety-four years of age; his literature was equal in prodigiousness and longevity.

In an essay titled “La jotería es puro cuento” (Queerness is pure fiction), which will appear in México se escribe con Jota (Penguin Random House),2 I chose López Páez as author of the best gay short story in Mexico. I didn’t have the slightest doubt when I chose him. In the essay, I dedicated the following paragraphs to him:

The year 1980 began with a story by Jorge López Páez (b. 1922), “Doña Herlinda y su hijo,” published in the newspaper Unomásuno’s influential cultural supplement Sábado. It was not the first time the author had ventured into this genre, having, as Mario Muñoz and León Guillermo Gutierrez point out, already published “El viaje de Berenice” in 1962. This time, “Dona Herlinda y su hijo” reached a wide audience due to its publication in a newspaper of national circulation, and very soon achieved recognition as a classic of Mexican literature. The story’s great impact was due, in large part, to the 1985 film of the same title directed by Jaime Humberto Hermosillo (b. 1942). The story was published in other venues; for example, in 1993 it was published in the Semanario Cultural de Novedades and in an eponymous book by the Fondo de Cultura Económica. Academic criticism has treated the story and the film as key referents of Mexico’s gay culture. Never has a text belonging to our corpus enjoyed such far-ranging success.

“Doña Herlinda y su hijo” works marvelously because it exposes the dynamics of power relations within the Mexican family: dirty laundry is washed at home.

The story is an amusing comedy narrated by Moncho about his affair with a pediatrician named Rodolfo. However, the plot’s main protagonist is not the couple from Guadalajara but Doña Herlinda, Rodolfo’s mother. Doña Herlinda, who represents all Mexican mothers, is a formidable parodic character, in whom López Páez constructs, with singular irony, a Celestina who at once reproduces machismo and guarantees the union of the traditional family, with tacit agreements of veiled tolerance toward the relationship between Moncho and Rodolfo, as long as her son complies with the obligation and expectations to marry and be a father. Everything stays within the family: even the acceptance of queerness or bisexuality. The story works marvelously because it exposes the dynamics of power relations within the Mexican family: dirty laundry is washed at home. José Joaquín Blanco (b. 1951) notes that with this story, “the homosexual, reduced until then to the police blotter or to a weeping carnival clown, discovered a superior comic register,” and goes on to call it “one of the most beaming icons of the so-called ‘gay culture.’”

One is thankful for such luminous and generous lives. Thank you, Don Jorge.

[1] Bertha de la Maza was the founder of Voces en Tinta, a lesbian and gay bookstore in Mexico City’s Zona Rosa, and is the editor of a soon-to-be-published collection of short stories by Jorge López Páez.

[2] This title plays on the spelling of Mexico, which Spaniards write with the letter “j” (Méjico), pronounced “jota,” which in Mexico is a pejorative term for homosexual.