May 15, 2017
by
Joanna Pollakówna
translated by
Alice-Catherine Carls and Daniel Simon 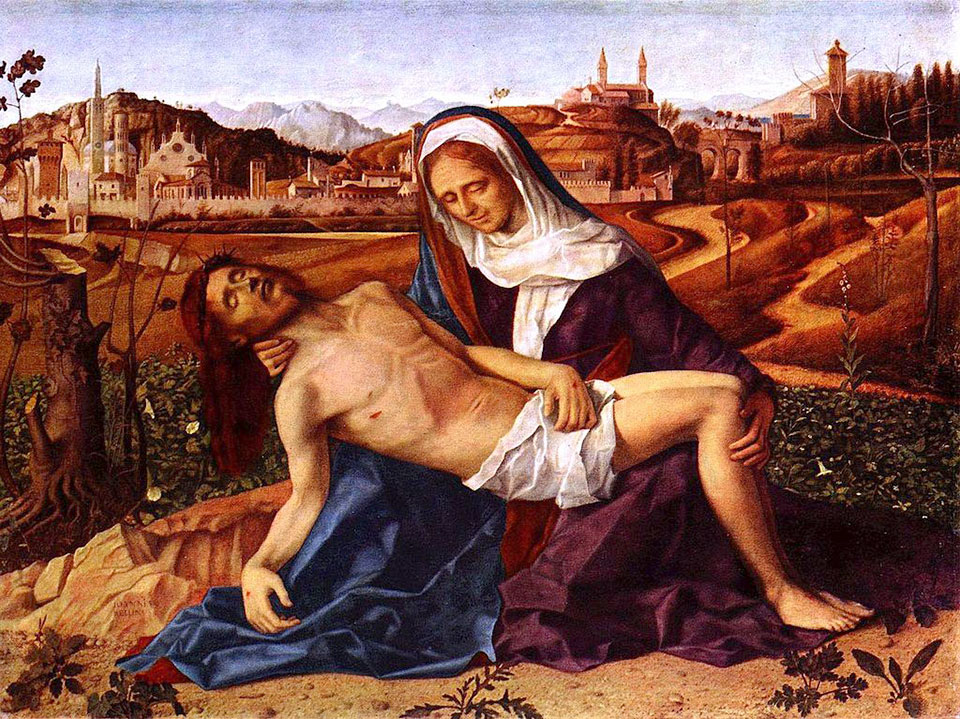 For more on the poetry of Pollakówna, read “A Terrible Ecstasy,” a companion essay by Alice-Catherine Carls.

My land is within me.
Here the poem is born,
original fire of thought,
here the mountains’ downy curves
and astonished dreams
flow into waves,
a fleeting ray of light
appears, à la Vermeer.

My land is within me.
Everything will sink into it:
tangled thoughts
disheveled harmonious words,
a spectral tree under my eyelashes,
immensity of love and hopelessness
swallowing all in its black chill.

And when they bury me in a trench,
my fistful of earth will detach itself.
It will quickly sprout – as a plant? in mist?
Threadlike seedling, it will wobble
until Someone’s distracted Hand
seizes this disorder frozen in the air.

The sickly one is cast out from Paradise.
Hostile, the stairway rears up in front of him,
foreign to his fearful steps, the grass bristles,
the air confronts him like shattered glass
and unnerves him with glittering forbidden space.
Pen, rebellious spoon, and rapid turnkey
all evade him in his malady
– sick, he is marked among objects.

Through drudgery, he overcomes the days’ grip of torpor,
drudgery soon settles into a quotidian malaise,
an elusive gleam is kindled, only to be snuffed out with despair.
Until the moment it rekindles – not from a lost Paradise
but in a pale glimmer from an unknown source,
which rekindles suffering
as well as the ecstasy
of this imperceptible suffering.

The terra cotta walls of Vicenza
rise up proudly
before the parading mountains
nestled in blue foam.

The mullein lifts its flame
the morning glory’s calyx astonishes
the ivy nestles at the Madonna’s feet.

In the foreground, the rigid body
lies draped in the lap of the One
who softens his martyrdom.

In the silence following the agony
the sun rises blushed in radiance.

Evermore, the weight of sadness
conjoins with implacable beauty.

Editorial note: From Skąpa jasność / Avare clarté (Éditinter, 2014). Translated by permission of Wiktor Dłuski, with thanks to Jan Zieliński for his helpful guidance. 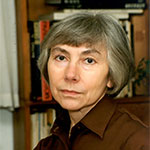 Joanna Pollakówna (1939–2002) was a Polish poet, essayist, art historian, and children’s book author. She published twelve volumes of poetry and eight books about painting. She specialized in twentieth-century Polish painters and Italian Renaissance masters, and was particularly interested in the literary output of painters. Several of her poetic volumes were awarded prestigious prizes.

Daniel Simon is a poet, essayist, translator, and WLT’s assistant director and editor in chief. His most recent edited collection, Dispatches from the Republic of Letters: 50 Years of the Neustadt International Prize for Literature (2020), was nominated for a 2020 Foreword INDIES Award.