World Literature at the Vanguard: A Report from the 2017 AWP Conference 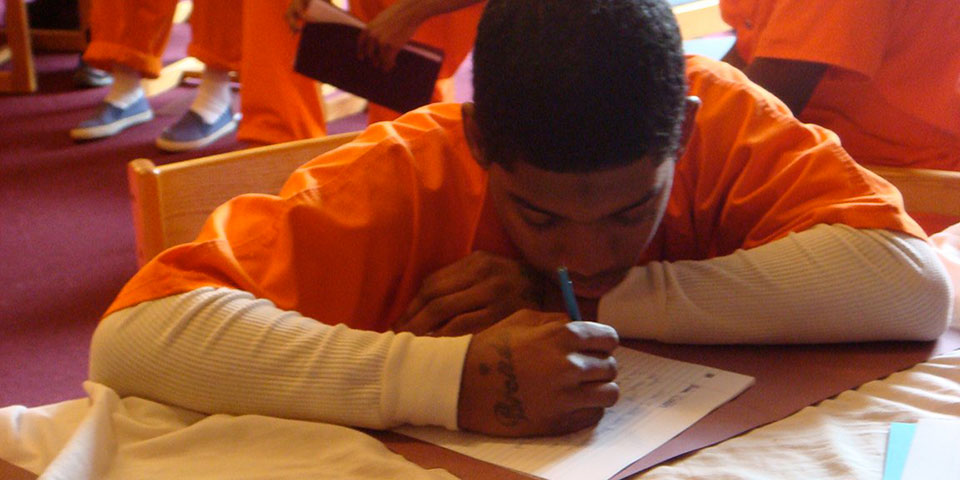 The Free Minds book club and writing workshop at AWP empowered young inmates to “write new chapters in their lives.” Said Nokomis, “Free Minds encouraged me to be a better writer . . . to be a bigger person . . . to be unlimited.” / Courtesy of @awpwriter

For the third time in as many weeks, thousands descended on Washington, DC, last Thursday despite snow and cold to gather in the heart of the city. Just blocks from the National Mall, writers from across the country came together for AWP 2017, a conference that serves as much as a touchstone for academics and writers (both professional and aspiring) as a barometer of sorts for where the collective literary mind is from year to year. Last week, there was no doubt that the literary community has a singular focus: Resistance. And past that, it was clear from day one that world literature will play a crucial role in how writers and readers confront the key issues of our time.

There was no doubt that the literary community has a singular focus: Resistance.

On Thursday, the first day of the conference, there were at least fourteen panels specifically focused on world literature and translation, including readings by Fishouse translators, discussions about writing while studying abroad, and a late-afternoon all-female panel on the work of the Iranian diaspora. Global voices were front and center throughout the conference, a departure that Jennifer Grotz pointed out on the last day during the panel “What’s Found in Translation?” She pointed to the wealth of offerings on translation as a sign that the work of translators—and by extension world writers—was being folded into the larger community of American writers in a way it had not in the past.

Perhaps that’s not totally a surprise, given the particular political moment in which we find ourselves. At a time when populism and xenophobia are growing forces across the West, world literature can play an important role in dismantling stereotypes, countering rhetoric, and amplifying marginalized voices. As Viet Thanh Nguyen and Patricia Engel, among others, pointed out, American literature is global by its very nature—from refugees to second-generation writers, those voices have important contributions to make to the canon of American stories. (Editorial note: Read Aimee Phan’s interview with Nguyen and Andrew Lam in the May 2016 issue of WLT.) By embracing the international and multicultural definition of the term “American,” the literary and publishing community can repudiate the widespread narrowing of what it means to belong.

At a time when populism and xenophobia are growing forces across the West, world literature can play an important role in dismantling stereotypes, countering rhetoric, and amplifying marginalized voices.

Protest was a cornerstone of the conference. At least twice, attendees linked arms to create human walls and chanted slogans opposing policies that seek to divide the United States from the world. At various points throughout the conference, marches and vigils brought hundreds to the steps of the Capitol and fences of the White House. Ways to resist hatred and fear were common talking points and features at numerous booths at the book fair. Although planned well in advance of the election, bringing together thousands of writers from numerous languages and countries in the heart of DC was in and of itself an act of significance, and devoting over an hour at a time to listen to masters of their craft share their work or thoughts felt revolutionary.

An impromptu protest at the #AWP17 book fair - a human wall dividing the hall in two. pic.twitter.com/EmKEOPUX8u

But for the writers now in the spotlight, this work is not new. Writer Jasmin Darznik pointed out that although interest in the Iranian diaspora felt new, their work is not; they have always been here, writing and sharing their stories (see “Writing Beyond Iran,” WLT, March 2015). What’s new is that the community writ large is beginning to understand how crucial voices like hers are, and how to manifest that understanding as action is now the question.

With allyship so much on the minds of those who want to make a difference, the nature of being an ally in the writing community was a subtle through line of the conversations at AWP. World voices are often marginalized within literature with labels that seek to exoticize stories that contain universal truths about the United States, the West, and the human experience. For works in translation, it comes down largely to a numbers game. Just 3 percent of all published works in the United States are translations, and of that less than 1 percent are works of fiction and poetry.

If there was a takeaway from the conference, it was that reading and writing can change the world; if there was a secondary takeaway, it was that world literature could be the vanguard of that change. But for that to take place, we must all do our part to embrace the work of writers from around the world and from across cultural lines; to create space for them to share their work honestly and without explanation or apology; and ultimately to help carve out room in the literary world for their voices to reach as many people as possible.

There are many who would seek to make the world feel closed off and small. It’s up to us as writers and readers to resist.