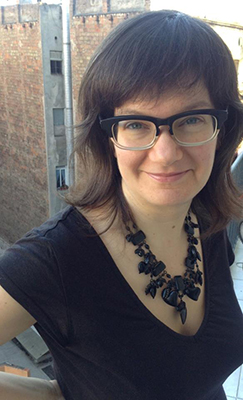 Today is the release date for Papers in the Wind, the English translation of Eduardo Sacheri’s Papeles en el viento (2011). Following the death of Mono, his brother and friends struggle to secure Mono’s daughter’s future. Unfortunately, Mono invested his money in a promising soccer player whose talents haven’t panned out.

The film adaptation of Sacheri’s El secreto de sus ojos (The secrets in their eyes) won the 2009 Academy Award for Best Foreign Language film. Other Press published the English translation the following year. Other Press’s release of Papers in the Wind precedes the 2014 World Cup, beginning in June. Here WLT talks with translator Mara Faye Lethem about the book and soccer as Sacheri’s “excellent map of reality.”

Michelle Johnson: This novel is set in the world of soccer. Were you already a soccer fan, or was this a new world for you? Did this present any translation challenges?

Mara Faye Lethem: When I first moved to Barcelona, our team was so on fire that I got swept up. I have to admit I loved Ronaldinho’s Harlem Globetrotteresque style, and Messi, of course, is amazing to watch. But once I started having kids, and FC Barcelona had won every possible title, I started losing interest. Now it is hard for me to pay attention to a game; it’s like my eyes just slip off the screen.

Even when I kept up with the games, it wasn’t in English, and there are linguistic differences between Argentine and Spanish football terminology as well as American and British (where most of the interest in compiling online bilingual dictionaries comes from, for example). But every translation requires some kind of research, and that is part of the fun. The main challenge is that soccer is still such an emerging sport in the US, whereas in Argentina it’s an entire world; this book goes deep into the seemingly endless farm teams, but really it’s about male friendship.

MJ: You’ve translated other Argentine writers, such as Patricio Pron, but you’ve also translated writers from Spain. From a translator’s perspective, how is translating a book from Spanish written by an Argentine writer different than a book by a writer from Spain, or is it?

MFL: That depends on several factors: more important often than where the author was born are his or her influences and the narrative voice and period of the book in question. Pron’s style, for example, is very influenced by German authors, which isn’t typically the case for an Argentine. With Papers in the Wind, Sacheri portrays the lifelong friendship between four men, and their intimacy is reflected in their inside jokes, etc. But I have quite a few Argentine friends, and they are very patient with my questions.

MJ: As someone based in Barcelona, I assume this helps you with your translations of writers from the region. Have you spent any time in Argentina?

MJ: How closely did you work with the author as you were translating Papeles en el viento?

MJ: I’ve read that Sacheri began writing soccer stories and then wrote for some sports publications. So it seems soccer is an enduring subject for him. Have you read or translated any of this other work? Is there anything you can tell us about it?

MFL: Sacheri describes soccer as “an excellent map of reality.” It is his great metaphor, which allows him to discuss such topics as working together, luck, beauty, randomness, learning to lose, playing by the rules. For Sacheri, it’s all in there.

Mara Faye Lethem has translated novels by Marc Pastor, David Trueba, Albert Sánchez Piñol, Javier Calvo, Patricio Pron, and Pablo De Santis, among others. Her translations have appeared in The Best American Nonrequired Reading 2010, the Paris Review, and McSweeney’s. She is currently translating a novel by Jaume Cabré.