The Traveler and the Innkeeper by Fadhil al-Azzawi 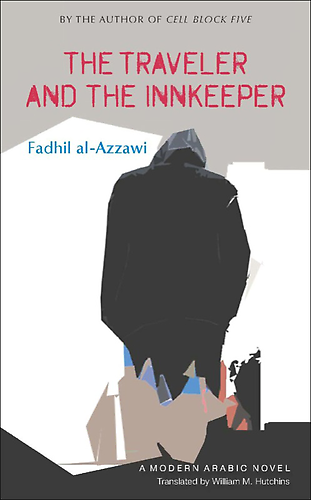 Fadhil al-Azzawi (b. 1940), an Iraqi author of several novels and poetry collections, has lived in Germany since 1977. The Traveler and the Innkeeper, written in 1976 and published in Arabic in Germany in 1989, is now elegantly rendered into English by well-known translator William M. Hutchins, who has previously translated al-Azzawi's novels as well as several works of Arabic fiction, including Nobel laureate Naguib Mahfouz's Cairo Trilogy.

Originally published in Arabic as Madina min Ramad (Ash city), this novel of is the grim story of an Iraqi secret police inspector in 1960s Baghdad, when the Baathists were rising to power and employed the state apparatus to subdue their opponents, especially the Communists. Inspector Qasim Husayn is in charge of interrogating Jalil Mahmud, his childhood friend, who is a journalist arrested for suspected links to subversives. Torture being part of the interrogation techniques, Qasim considers himself to be protecting society from anarchy. But no measure of torture succeeds in making Jalil confess to anything but his innocence.

In the meantime, Qasim falls in love with Huda Abdul-Qadir, Jalil's wife, whom he visited occasionally to reassure her of her husband's condition. She originally initiated this affair but gradually abandons it. This increases Qasim's disillusionment with life, especially when he is temporarily suspended from his job after his inability to make Jalil confess and his superiors learned of his love affair.

While portraying the evils of the dictatorial police state, whose prisons al-Azzawi personally experienced in 1963 as a university student, he shows that both the torturing interrogator and his victim destroy each other. His lyrical descriptions of Baghdad localities and streets as well as his narrative of a love affair do not diminish the foreboding atmosphere of the novel, which opposes repression while it attempts to understand the foibles of human beings.