WHAT TO READ NOW: Sri Lanka

Through a variety of stories, voices, and genres, Ru Freeman's recommendations offer unique perspectives on Sri Lanka. By discussing cricket as a meditation on politics, postcolonialism at a distance, and the Sri Lankan civil war, these books use narrative as a way to delve deeper into vexed sociopolitical issues. 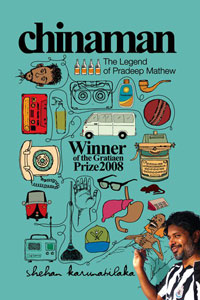 Chinaman / The Legend of Pradeep Mathew

To understand Sri Lankans, one must understand cricket, but, in the same way Moby-Dick was not only about a whale, Chinaman (on the shortlist for the 2011 DCS Prize for South Asian Literature) is not only about cricket. In pursuing the true-or-false legend of a cricketer named Pradeep Mathew, Shehan Karunatilaka brings forth meditations on corruption, politics, terrorism, and colonialism as well as match-fixing and ball-tampering in cricket-obsessed Sri Lanka. 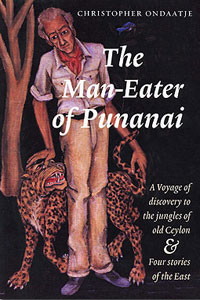 The Man Eater of Punanai

Part memoir, part journal, part investigation, Christopher Ondaatje's book—enhanced by the author's lush photography—is a journey toward knowing the unknowable. Ondaatje's journey to Punanai, where a man-eating leopard rampaged through the village in the 1920s, is also a re-creation of trips with his father and a particular view of the civil war in the late 1980s during which his travels take place. Ondaatje is Michael Ondaatje's brother. 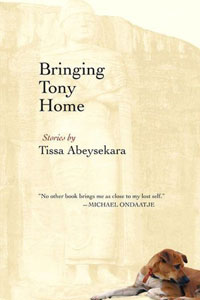 Like Shehan Karunatilaka's Chinaman, Tissa Abeysekara's unpublished manuscript won the Gratiaen Prize for Literature, which was established by Michael Ondaatje for Sri Lankan writers. In writing about the book for the Lost Classics series, Ondaatje notes that no other book brings him closer to his own lost self than this. Abeysekara, one of Sri Lanka's most renowned filmmakers, turns the four stories in this critically acclaimed collection into visually evocative masterpieces on adolescence, aging, and memory. Four middle-aged narrators trace an era in postcolonial Sri Lanka that the writer portrays unflinchingly and with the forgiveness offered by distance.

Ru Freeman (www.rufreeman.com) is a Sri Lankan–born writer and activist. Her first novel, A Disobedient Girl, was published in the United States and translated into eight foreign languages. Her political journalism appears internationally in English and in Arabic translation. An excerpt of Freeman's writing appeared in the September 2010 issue of WLT.