The Pillar of Salt 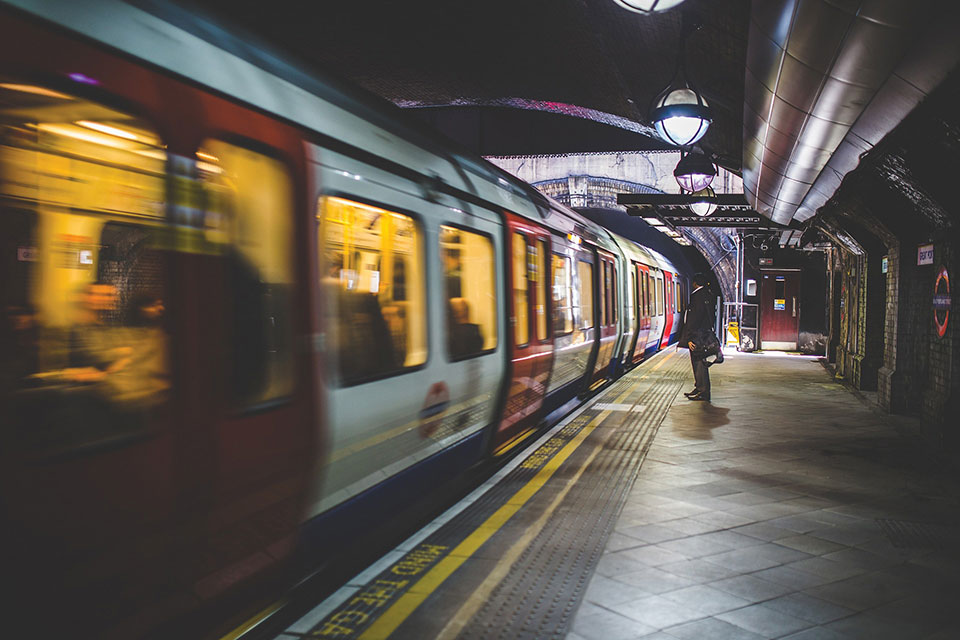 After deciding to end it all, a woman takes a final subway ride.

Z, the story writer, decided to end her diary. What is more, with an eye on approaching Christmas, she would adorn it with stars and, in memory of 1956, would stick on it the holed flag, and—in order to record the blood-curdling turn in world politics—place the striped, star-studded US flag next to that of her homeland. She would even annotate the year. Confect inscriptions, place props on the bottom of the page, dedicate a marble slab to her dried-up wells, verdant trees, her roses (long wither’d) and spring turn’d to wintry woe, and add extra weight to the lugubrious diagnostic of climate change with the temperature curve of the ever hotter, terminally ill summers. And because she had her fountain pen, pencil, laptop, desk computer, and plum yogurt, she decided that for the enlightenment of the generations to come, she would save the main events of the year, that is, her life, from perishing, into the narration’s present. After which she would bow down in front of her protagonists and walk-ons, beg their forgiveness and forgive them, then set them at liberty one by one (last of all her alter ego, the experienced dreamer whom she had given her name on January 1st this year). The way Count Tolstoi freed his serfs, and Thomas Jefferson freed his slaves, to speak with Kurt Vonnegut. Peace out. Bon voyage!

Seemingly Z had no difficulties in turning her back on her characters. But in reality she was loyal to them to the point of madness. She kept looking back, like Lot’s wife on Sodom stifled by the brimstone and ashes, and paid little heed to the fact that from time to time she turned into a pillar of salt. In her heart she tarried with them in the erstwhile setting, like footprints in the virgin snow stretching all the way to the mountain shelter, or a fallen glove on tram fifty-nine withdrawing to the garage for the night. And in the deathly serious fifth act, like Romeo: Hold, there is forty ducats. Let me have a dram of poison—she spoke now and again to her apothecary on Érdi Street—such soon-speeding gear that the life-weary taker may fall dead. Although she made this request in dead earnest, at the same time she was convinced that her death would prove to be only transitory. As we have repeatedly stressed, Z didn’t believe in time’s tyrannical power. For her, the tragedy’s most important act was the sixth: the raising of the dead from the stage’s battlegrounds, the straightening of wigs and fancy gowns, the removing of knives from stricken breasts, taking nooses from lifeless necks, lining up among the living to face the audience.

Seemingly Z had no difficulties in turning her back on her characters. But in reality she was loyal to them to the point of madness.

It so happened that on one chill-filled, gloomy morning, not far from her erstwhile school but underground, in Deák Square station, Z took up her place in the queue waiting for subway 3. (The capital’s city council had decided that very day, on the mayor’s insistence, that on account of the ill omens, from the following morning the subway would cease running for security reasons. So she made up her mind to abandon herself to the no-doubt carnivalesque atmosphere and take one last journey, come what may. The death-fear showing on people’s faces was a shock. She remembered a merry, youthful dream about the Last Judgment when the cockleshell vehicle rattled in and she got on the swaying birdcage, from whose metal planking the post-Soviet blue paint had long peeled off in the course of the many hundred thousand kilometers of running amok, when all of a sudden her former colleague B, thirty years her senior, appeared in front of her, whose reminiscings from the times of the Arrow-cross men and the Communist secret police were inscribed in her own memory, and whose anecdotes they would always share at department meetings in the golden olden days of Kádár. Following his memorable interventions, he invariably plopped back in his chair and almost instantly fell into profound sleep. The selfsame thing happened now: he stood up, then sat down again, and in a moment was fast asleep. Only then did Z notice that the majority of the passengers were asleep, felled and blind to the world. She wouldn’t for the life of her wake them up, but gingerly, as though walking on eggs, made her way through the subway carriage. Everything has meaning and cause, a gap-toothed, shaky voice intoned into the microphone, in which she recognized her first elementary schoolteacher’s clear-ringing voice, and obviously not by accident, because from one of the worn velvet-upholstered seats an antique hag smiled at her. Although in the course of her lengthy life she had read very much about the philosophical and practical conundrums around the meaning or meaninglessness of life, Z could neither accept nor refute this claim. Why does grass grow if it must wilt sometime? why does it wilt if it will grow again?, she had often tormented herself, brooding on the question asked by her beloved poet and ingenious translator of the Divine Comedy. Then she remembered Daybreak drunkenness again, because the carriage suddenly jolted in the tunnel, clashed with a great noise, and started rolling. The portico swam in brightness, the ball promised never to end, and the doormen were not hailing for a coach. She herself was spinning as though she had drunk champagne, looking left and right in the showers of silvery confetti of the fairy-lighted Milky Way. In a top hat, snow-white shirt with starched collar, and black tie a faceless posture devoid of body was hovering right across from her, and from the umbrella hung on the coat-sleeve she immediately recognized Magritte, whom she hadn’t yet met in person. Now they shook hands cordially. Whether because of the handshake or else, who could tell, Z suddenly found that her primary schoolteacher had been right: indeed her life had, has, meaning. She saw everything and saw through everything that stood in front, behind, or next to her. She recognized every face, figure, upright or stooping shoulder, remembered every single seat in all the world’s subway carriages, knew with absolute certainty that she had taken every single handgrip. And it seemed that they, too, recognized her, the suddenly awakened passengers, even Surrupius Tras Morire, the Great King’s battlehorse neighed happily at her from underneath the ones frantically kicking and trying to get a grip.

As we have repeatedly stressed, Z didn’t believe in time’s tyrannical power.

Then an unusual, thick warmth ran down her chest. She looked at the young couple, sitting within one another’s breathing distance and rocking a little boy in their arms, and recognized in them her parents. Under their loving eyes she became an infant thin from the wartime shortage. Barely bigger than her eight years younger brother who had been dead these four years, what is more: in only a few seconds she became more minute and thinner than him, she could easily have fitted into the swaddling clothes, or in a pocket, and could hardly stand on her feet. Her mother noticed the sudden ebb of strength, for she carefully gave the little boy over to their father, and opened her arms to hoist her up.

Quotations and paraphrases appear from the following works:

Hold, there is forty ducats. Let me have a dram of such soon-speeding gear that the life-weary taker may fall dead – William Shakespeare, Romeo and Juliet

For her, the tragedy’s most important act was the sixth: the raising of the dead from the stage’s battlegrounds, the straightening of wigs and fancy gowns, the removing of knives from stricken breasts, taking nooses from lifeless necks, lining up among the living to face the audience ­– Wisława Szymborska, Theatre Impressions, trans. Stanisław Barańczak, & Clare Cavanagh

Why does grass grow if it must wilt sometime? why does it wilt if it will grow again? – Mihály Babits, Question at Night, trans. Peter Zollman

. . . felled and blind . . . the portico swam in brightness . . . the doormen were hailing for a coach . . . showers of silvery confetti of the fairy-lighted Milky Way – Dezső Kosztolányi, Daybreak Drunkenness, trans. Tamás Kabdebó

. . . could have fitted into swaddling clothes – Zsuzsa Takács, Betrayal 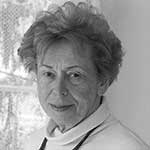 Zsuzsa Takács (b. 1938) is the doyenne of contemporary Hungarian poetry (see WLT, Sept. 2015, 46­–47). She started publishing in the early 1970s. Her volumes address both private and historical traumas, the impotence of empathy and language when faced with the suffering of the creature—of a beloved person, or one’s own. She lives in Budapest. 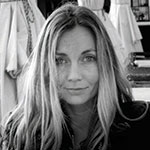