by
Fady Joudah and Golan Haji 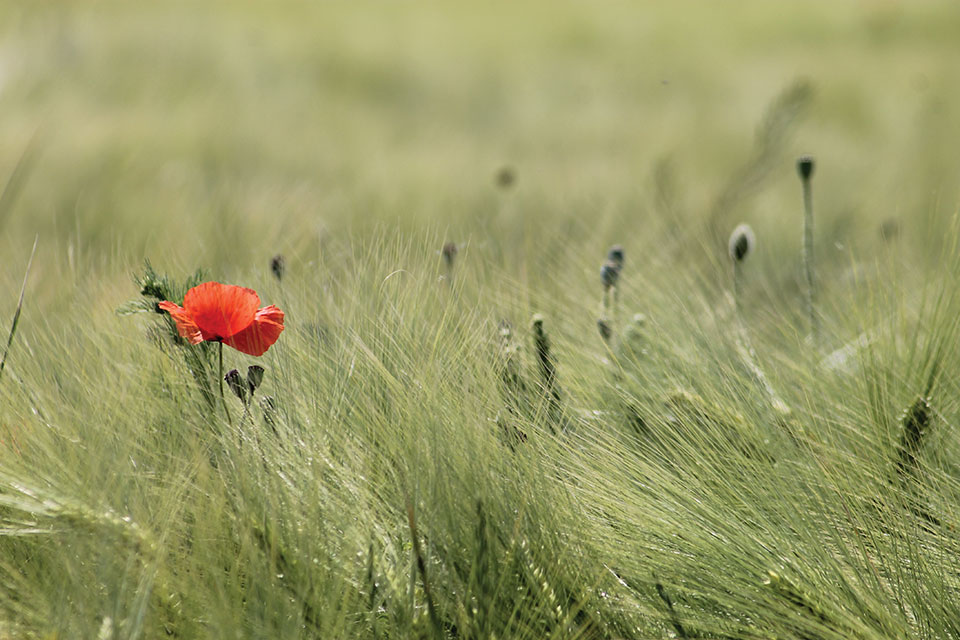 Author note: These poems are part of a longer sequence that Golan and I collaborated on for my new collection, Footnotes in the Order of Disappearance. All the poems are based on our correspondence in Arabic, via email, phone, or in person. While the poems’ forms and diction in English are mine, their content is mostly shared with varying degrees of “ownership.” In the case of “Last Night’s Fever,” for example, what originated as an event discussed over the phone became a file of several pages that Golan shared with me in an email, as if an entry in a diary. “After Wine” is borne of an entirely different mechanism (after the two of us met in Paris). I wrote it in near-immediate recollection of its energy and detail. – Fady Joudah

Over dinner we spoke of the game of recurrence dissolving into an old dog’s tail, loquacious desire far from the borders of the body, yet is the body’s. What’s inside and never makes it out to skin or what’s outside and doesn’t touch us. Victims, we told ourselves, will inherit the future one day, but souls will linger distant from redemption. Don’t follow the signage and keep your eyes on the phrase. News of the explosion will hang around. The hell of pictures on the web. Faces of the dead on Facebook will wait for your walk home. A woman who awakened your first lust when you were a kid was killed in the morning while talking to her sister on the phone. First a blast then stillness. You were late to dinner. You had lost your way to the restaurant. You couldn’t have known she had just died and what you thought were Klee’s paintings in the gallery clawing your afternoon nerves was her calling your name one last time. In the neighborhood of your boyhood, you rise with tractors and loaders, start your engines, clear the infinite wake with only the living to show for. Isn’t that what so hurt Nabokov about the Bolsheviks? Not the real estate, private tutors, governesses or the inheritance, but the loss of childhood? Listening to music you feel better. Long ago in Amuda one of your uncles fell in love with a woman. He strung for her an erotic necklace he sang whenever he was drunk and unconcerned with the truths of the world. Her brothers put a bounty on his head. Decades passed in Damascus and that woman’s granddaughter fell in love with your uncle’s grandson. He was also a singer, sang of Guevara and Paul Robeson, went to Iraq and came back dead. His shrine was his body in a coffin in a boat that crossed the Tigris from east to west.

I read your name among the numbered, nearly
called you to console you of your own passing. Thirty
summers ago, susurrant wheat guided me
to a wounded sand grouse chick that had punctuated
the dirt with its blood. I couldn’t identify its wound
or didn’t look for it before I made an empty can
of camel lard its nest. The metal shone
in the sun like shards of broken mirrors we kept
in the basement. I waited alone at the bus stop
south of the only remaining poplar tree
we buried you under, in what remains
of the courtyard. Your house stood in front
of the ice cutters’ shop where blocks
came out in burlap and headed to the harvester.
Like a tortoise I waited for the tortoise bus
under the balcony whose door killed you
while your kids were sleeping.

Amira, did you hear Jigar’s voice under the rubble?
Is it true the rescuers finished him off, a hospice act
or is he still there? Your death was white
like sleep, like salt, like dust mixed with flour
sacked and loaded on trucks. Thirty summers ago
a family photo caught fire. I was the only one
who survived the burning. By dawn your laugh
rings in my ears among Aleppo’s pine.

In the hole in front of your house I lie and extend
my arms up to your balcony’s door, a long rope
of handkerchiefs, a magic act for beginners,
my grandmother’s braid which we didn’t send
with her to the grave. We cut and kept it.

Had you left your windows open, your door, Amira,
we wouldn’t have had this wreckage of your rooms
out in the street for all to see. Not the poplar trunk
and branches that fell like hammers on our camping gear.
And not the shattered glass of farewell empty of its drink.

Did I tell you what happened to Ali who escaped
Iraq to Syria? His door also killed him. Some windfall
for an angry boy who volleyed our shoes
into the neighbor’s house one New Year’s Eve.
But in summer song returns.
In summer we sing a love song your husband used to sing
in wheat fields. And songs return to children
terrified of trucks and destinies. Children
with straw brooms who shoo away wasps that hover
around squash rind. In summer
Yazidis roll their cantaloupe carts
in our streets. And in song
there’s a cool fire.

Amira, tonight
a moon will rise like a watermelon crescent
a Kurd wishes for his sleeping daughter
just before the story ends. 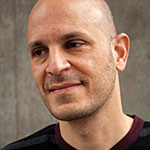 Fady Joudah’s fourth poetry collection, Footnotes in the Order of Disappearance, is forthcoming from Milkweed Editions in the winter of 2018. His poetry and translations have been awarded the Yale Younger Poets Prize, a Guggenheim Fellowship, and the Griffin Poetry Prize, among others. 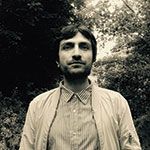 Golan Haji is a Syrian Kurdish poet and translator who now lives in Paris. His latest poetry collection, A Tree Whose Name I Don’t Know, was published by A Midsummer Night’s Press in 2017. His most recent translation into Arabic is Alberto Manguel’s Stevenson under the Palm Trees (2017)