I’VE BEEN THINKING a lot about how much of my own writing resembles “correspondences,” as my friend calls it, whether being conversations with visual artists such as Agnes Martin or Edward Hopper, poems or essays that speak to family members such as my mother or father, daughters, or relatives I’ve never met, or even poems that are speaking to or about some inanimate object or an abstraction such as grief or imagination. When thinking about letters and the epistolary form, I wonder whether all literature, in some ways, is epistolary–correspondences with an imaginary reader or something abstract like the future.

Writers are often asked, “Who is your audience?” I always find this question difficult to answer, even within the frame of an epistolary because although the letter form would seem straightforward (a “Dear Mother” letter is ostensibly written literally to a mother), I think the most limiting type of letter is a letter that feels like it is written to its stated audience (just read any random real letter). The epistolary pieces or books that are most interesting to me tend to be those that toggle the space between the intimate and the social, the private and public, and thus expand the possibilities for the reader. In essence, they seem made, created, and artful, despite their purported intimate frame of the letter. Here are just a few book suggestions on letters, some real, some imagined. 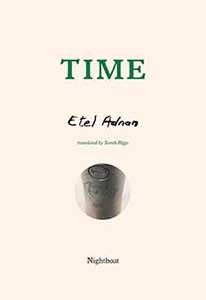 Etel Adnan’s Time was sparked by a postcard that Tunisian artist Khaled Najar had sent to Adnan in 2003. In her translator’s note, Riggs writes: “Spontaneously she [Adnan] wrote the first of the poem sequences in this book, each poem a breath or two, thinking of Khaled. In this way the poems act like a correspondence, a poetry of the postcard, from one Arab writer to another.” The poems in this book feel at once tiny and large. The postcard-sized poems often grapple with capacious subjects: “I say that I’m not afraid / of dying because I haven’t / yet had the experience of death,” Adnan writes in the very first poem. 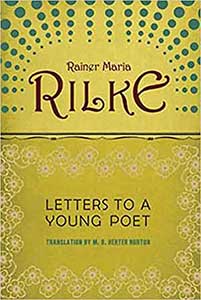 Letters to a Young Poet

I’ve read Letters to a Young Poet so many times, but I still remember the first time I read it when I was in my twenties. The reason why I’ve returned to these letters is because they change as I have aged and grown as a writer so that each time I decide to reread them, I learn something else about myself. In my most recent reading, Rilke’s writings about solitude resonated with me: “if there is nothing in common between you and other people, try being close to things, they will not desert you; there are the nights still and the winds that go through the trees and across many lands; among things and with the animals everything is still full of happening . . .” 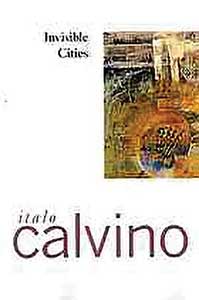 The quirky book Invisible Cities, by Italo Calvino, isn’t technically a book of letters, but the storytelling quality of the writing can make the book feel like a collection of letters written by an imaginative and colorful traveler of faraway (imaginary) cities. Even the setup of the book is quirky—the ailing emperor, Kublai Khan, is speaking with Marco Polo, who has come to describe the cities of Khan’s kingdom. The writing is simply beautiful: “The city, [Zaira], however, does not tell its past, but contains it like the lines of a hand, written in the corners of the streets, the gratings of the windows, the banisters of the steps, the antennae of the lightning rods, the poles of the flags, every segment marked in turn with scratches, indentations, scrolls.” 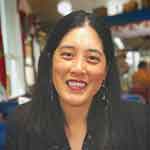 Victoria Chang is the author of five books of poetry and two children’s books. To explore how her new book, Dear Memory: Letters on Writing Silence and Grief, inhabits a space between prose and poetry, read her conversation with Amy Wright on worldlit.org. Photo by Isaac Fitzgerald