Mexican writer Mónica Lavín recalls the tastes and places of her Mexico City neighborhood, tracing its changes through its food.

When we moved to the house on Presidente Carranza in Coyoacán, I was going to elementary school. The big adventure was crossing the vacant lot across the street from our house to get to the other side where there was a pulquería,1 a forbidden spot frequented by drunken workers, which is now the pâtisserie Ruta de la Seda and before that was the stationery store that supplied us with all our school needs: carbon paper, rubber stamps and ink pads, elastic bands. All things we no longer use. Often, I invited along my girlfriends, who were always keen to walk to Siberia in the plaza of Coyoacán to buy lemon slushies. The barrio not only boasted big old colonial mansions, tolling church bells, and trees so big and sturdy that the neighborhood bum Robinson slept in one of them, but also its many flavors. So many that, when Martín Casillas launched La Plaza: Crónicas de la vida cultural and invited me be a contributor, back before I had even published a book, I proposed writing about eating out in Coyoacán. My column would be called “A la Carte.”

“A la Carte” gave me an excuse to spill out all my flâneuse-like wanderings onto the page, investigations into new flavors, and my favorite savory “keepers.” I reminisced about the tacos we ate on the corner of Carrillo Puerto and Miguel Ángel de Quevedo, where all you had to do was keep count of the greasy bits of paper to pay the bill, a strange basement beer hall on Artes, and El Coyote Flaco in the beautiful house that once belonged to Francisco Sosa on the street that bears his name: its candlelit central patio, a place to go as a family on Sundays or to hang out with the gang on weeknights. The López Mills family, including our playmates Kim and Tedi,2 lived right upstairs, and somehow that bohemian venue echoed the family’s style.

But Coyoacán also tasted like the chimichangas in Las Lupitas that gave you a hint (and still does) of the flavor of the North, back when we still didn’t know much about burritos and coyotas, or the savor of seafood in El Tiburonero de Hidalgo. And then Coyoacán showed its European spirit at Los Geranios, an Italian trattoria where you could meet up with friends, the owner himself, and enjoy delicious pastas and wine, back when El Siglo from Spain and El Calafia from Mexico were the very best vintages on the menu. Today, many years later, La Posta has taken up the torch to continue offering what that small locale once did.

Downtown Coyoacán barraged you with the sweet odor of the hot cake vendors and fried quesadillas.

Downtown Coyoacán barraged you with the sweet odor of the hot cake vendors and fried quesadillas; it enveloped you with the vapors of the bullfighting ring—chistorra (fast-cure chorizo from northern Spain) and sopes, fried discs of dough with an array of toppings—in what used to be La Guadalupana, where Tampican writer Rafael Ramírez Heredia held short-story contests: first prize was eating free for a year.

I like how the center of Coyoacán and its environs have changed, continuing to offer those of us who live here places to meet and hang out, to share, to look at the jacarandas when they are in bloom and people-watch from the cafés that spill out onto the sidewalks. A good cup of coffee is paired with bread emerging from the ovens at El Beneficio and El Alverre. I like that on Sundays there’s a line of people waiting for a table at those places, not because I like waiting, but because I know that the opening of Aránzazu, now on the very block where we used to live, was the first proof that pastries and coffee could exist cheek by jowl with El Pino’s tamales and Coyoacanese conviviality, creating the double effect of living simultaneously in a small town and a big city, both in the present and the past.

Coyoacán is vibrant and invents new ways to be an ever more charming neighborhood, where cravings and possibilities for delighting the taste buds never cease to amaze.

1 Pulque, a traditional Mexican alcoholic beverage, is a thick, white alcoholic drink made from the fleshy leaves of the agave plant. Pulquería were men-only establishments, known for their rough trade, which only opened to women in the 1970s. Now they have become trendy and gentrified.

2 Tedi López Mills is a Mexican poet who has authored ten poetry collection and two collections of essays. One of these collections, The Book of Explanations, translated by Robin Myers, was published by Deep Vellum in May 2022. 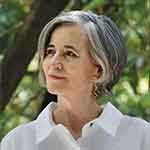 Mónica Lavín (b. 1955, Mexico City) is the author of over thirty novels, short fiction, and essay collections. She is winner of the Gilberto Owen Premio Nacional de Literatura; Premio Narrativa de Colima; and the Premio Iberoamericano de Novela Elena Poniatowska and was a finalist for the Vargas Llosa Novel Award. She is also a biographical screenwriter and journalist who has written many science and food essays. Her latest novel is Últimos días de mis padres (2022). 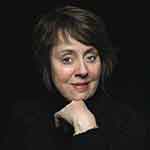 D. P. Snyder is a bilingual writer, translator, critic and member of the editorial board at Reading in Translation. Among her published works are Meaty Pleasures (2021), selected stories by Mónica Lavín (Mexico), and Arrhythmias, arrhythmic essays by Mexican writer Angelina Muñiz-Huberman, forthcoming in November 2022 from Literal Publishing and Hablemos, escritoras.