by
Anton Hur and Krys Lee

We asked writers and translators two questions: What is the book, available in English, that best evokes Seoul? What is a favorite Seoul bookstore? Here are their answers.

I’M SOMETIMES ASKED if I ever encounter harassment in Seoul for holding my husband’s hand in public. “It’s Seoul,” I explain, “no one cares about anyone.”

Violets (2022), by Kyung-Sook Shin, describes exactly that kind of Seoul where no one cares about anyone, and when they do, it’s either miraculous or fatal. The “action”—for lack of a better word in this mostly atmospheric novel—takes place in a Seoul that’s made of concrete and bathed in hot summer light, where pedestrians walk in crowds but at the same time are completely isolated from one another, whether they’re on the streets of Jongno, the little parks in Gangbuk, or the grandness of Gwanghwamun Plaza where the protagonist, San, works at a flower shop, communing with the only living things that respond to her care: the plants and flowers she sells.

To me, Seoul in the summer is a haze of white-gray concrete, lush greens, and the dazzling, eye-piercing shimmer of the Han River. Never has a novel captured the city as accurately as Violets, evoking in its very title the beauty and fragility of the lives lived in that city, and the violence that lies beneath.

A City of Readers

I HEAR YOUR VOICE (2017), by Young-ha Kim, captures the landscape of a Seoul little known even to Koreans. In the novel, motorcycle groups of runaway and homeless teenagers roam the city on their bikes, which is their only claim to Seoul. It’s a dark portrait of the city’s unheard, disenfranchised, and most vulnerable of populations (see WLT, Nov. 2017, 83).

My favorite bookstore in Seoul is Onul Books (책방‭ ‬오늘), a surprising gem in the middle of the Gangnam district. Entering the bookstore is like entering a new book itself: it immediately surrounds you with smells of paper and wood. The cozy store is the quintessential neighborhood bookstore with an impeccable curation of books from around the world. The back, where book events are held, is intimate and inviting, with a curve of chairs surrounding a large wooden table. The community of readers literally completes the circle. 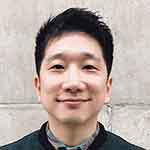 Anton Hur is the translator of Violets, by Kyung-Sook Shin; of the 2022 International Booker Prize shortlisted Cursed Bunny, by Bora Chung, and of the longlisted Love in the Big City, by Sang Young Park; and contributor to Violent Phenomena: 21 Essays on Translation (ed. Kavita Bhanot & Jeremy Tiang). 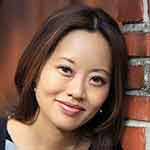 Krys Lee is the author of the story collection Drifting House and the novel How I Became a North Korean and the translator of I Hear Your Voice and Diary of a Murderer, by Young-ha Kim. She has won the Rome Prize in Literature, the Story Prize Spotlight Award, and the Honor Title in Adult Fiction Literature from the Asian/Pacific American Libraries Association. Lee teaches creative writing at Underwood International College in Seoul.