Give credit where credit is due. Though this may be difficult to do if one does not know where to give said credit. Many modern languages spoken have roots in multiple other languages, English being a prime example. Phrases like Bon appétit and Touché are widely used by many English speakers, and most would know that such words and phrases are French in origin. Though perhaps there are a few words in use that have become so commonplace that the knowledge of their origin is forgotten. So in honor of Bastille Day, here are fourteen French words and phrases commonly used in the English language.

Just saying such a word invokes the idea of how indifferent and unimpressed one could be at almost anything imaginable. And anything unimaginable will soon be blasé as well, given time.

Perhaps mentioning the word cliché is a cliché of itself, however, clichés are clichés for this very reason and should not be overlooked in mentioning, lest that in of itself is a cliché.

A phrase and experience that has caused many people to furrow their brows. Just what is déjà vu? Is it an actual phenomenon? Can it be proven by science or logic? And does anyone ever spell it correctly on their first try?

To say one is an entrepreneur does in fact make them so in a way just by saying it. Because there is no greater risk to one’s livelihood than to mention the idea that one does take risks that are even riskier than normal risks.

With its fancy spelling, one might not see past the surface and realize that such a word is really not so fancy after all since its origins lay in the fact that it merely means “face” in French.

A simple word that has been applied to so many different fields, disciplines, and subcategories. Perhaps the only thing that really ties them all together is the idea that they can be unified at all.

Considering the fact that the literal French translation comes to “outside the work,” it is rather ironic to think that such dishes are not given nearly as much credit for something that is an added bonus.

When there is nothing to be done on either side, it would seem that they are at an impasse. Since the word impasse is the negative French conjuction for “pass,” perhaps all one would have to do is to find something positive to remedy the situation.

Three syllables long and three different meanings to make it all the more confusing than English. The word liaison could refer to one who is fostering communication between two separate organizations, the act of two people meeting in secret for risqué reasons, or an ingredient that thickens egg-based sauces.

How a word that stems from a verb that means “to mount” turned into a series of pictures and scenes, edited together to form a single smooth sequence seems almost impossible of itself. Though considering it is a French word and thus a Romance language in origin, the fact that it has turned into something that flows shouldn’t be too much of a surprise.

When one is a protégé their status as an assistant or trainee is elevated immediately. Leave it to the French to make a title that originates from the word “protected” to be such a grand thing.

To hear the word reconnaissance tends to invoke images of military and spy work, all done with efficiency and elegance. Though why in such businesses that rely heavily on quick actions would they choose such a lengthy word to use is a bit baffling.

Another word commonly used in conjunction with the less than glamorous sides of life. For such an elegant word it does seem rather surprising that it would denote things being destroyed (sometimes in rather underhanded and ghastly ways).

And . . . voilà! There you have it! Fourteen words commonly used in English that are of French origin. Now, go forth with new prestige and chic in your daily conversations. Go and celebrate this momentous French holiday with a good old fashion carnival! 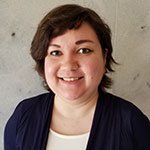