The Parable of the Bread 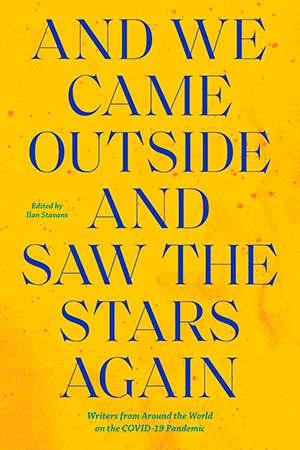 In And We Came Outside and Saw the Stars Again, forthcoming on August 25, dozens of esteemed writers, poets, artists, and translators from more than thirty countries offer literary dispatches drawn from life during the pandemic. The anthology, edited by Ilan Stavans, takes its title from the last line of Dante’s Inferno, when the poet and his guide emerge from hell to once again behold the beauty of the heavens. Restless Books will donate a portion of its proceeds to booksellers who have been affected by the pandemic via the Book Industry Charitable Foundation.The following essay, by Mexican writer Juan Villoro, appears in part 3 of the anthology, “I’m Not Alone in Misery.”

The world’s governments are announcing funding cuts in the cultural sector, for the sake of the economy (the supreme being of contemporary theodicy). The irony is that people are surviving lockdown thanks to the arts. For centuries, the task of washing clothes has been made more bearable by singing.

Churchill claimed that Britain won the war because they decided not to close theaters. A people that puts on Hamlet during the bombardments is one that cannot be defeated. The prime minister’s love of painting and literature was viewed by his colleagues as an extravagance akin to his consumption of cigars and whiskey, and it had certain unexpected repercussions (the name of the jazz-rock band Blood, Sweat & Tears was reportedly influenced by one of his more fiery speeches, and the Swedish Academy added the perfect touch to its laundry list of errors by awarding said speech the Nobel Prize in Literature). The contradictory and charismatic figure of the legendary English bulldog inspired endless films and TV series. Apart from his biography, one of his convictions is also worth retaining: that politics is meaningless without art. A few days ago, in a letter to Spain’s minister of culture, the theater director Lluis Pasqual recalled a quote often attributed to Churchill: “If we sacrifice the arts . . . then what are we fighting for?”

What is the point of emerging from lockdown into countries with no theaters, bookstores, or concert venues? Artists do not seem to be a priority in times of emergency. Support is taken away from them, overlooking the fact that people need aesthetic gratification. In times devoid of greatness, nobody is taking to the parliamentary rostrum with Churchill’s spirit, or even his rhetoric.

And yet imagination is what is getting us through the crisis. To escape the mental imprisonment, some share memes, GIFs, or tweets, while others recite poems, dress up, sing, talk on the phone or Skype, dream, listen to the dreams of others. Thousands of artists have given away their plays, films, books, and concerts online. The species persists through forms of representation of reality (eliminated from public budgets as the most expendable part of reality).

Imagining that wheat can be baked and sharing it are cultural acts. Putting a price on it is another matter.

In “The Grand Inquisitor,” a chapter of The Brothers Karamazov, Dostoyevsky reflected on the eternal dilemma of human priorities. Ivan, the intellectual brother, recounts a parable to Alyosha, the religious brother. In sixteenth-century Seville, an old inquisitor sees Christ again, and imprisons him because his return calls into question the teachings of a Church that has veered away from his word. The old man points out the Messiah’s worst mistakes. On hearing the voice of God in the desert, he could have asked for anything. The Eternal Father offered to give him bread for all humanity. Jesus could have fed humankind forever, controlled its economy, subjugated it. His reply was puzzling: “Man cannot live by bread alone.” What did he mean? Jesus chose to promote freedom, even at the risk of it being used against him. On the cross, he could have resorted to a miracle, could have been escorted up to heaven by the angels. But he did not want to impose his faith using a gimmick. People should decide freely whether they believe in him or not. Miracles and distributing bread are coercive acts. Ivan frames the story as a failure for Christianity (a pointless sacrifice in the name of freedom); Alyosha understands it as a triumph for boundless faith. Imagining that wheat can be baked and sharing it are cultural acts. Putting a price on it is another matter. In 1929, Federico García Lorca wrote: “Man cannot live by bread alone. If I were hungry and helpless in the street, I would not ask for a loaf of bread; I would ask for half a loaf and a book. And here, I violently denounce those who talk only of economic needs without ever mentioning cultural needs, which is what people are crying out for at the tops of their voices.” Half of our existence is imaginary: the taste of bread depends on freedom.

Civilization began around a fire. The world’s governments should know that it served three essential purposes: warming hands, cooking, and telling stories. 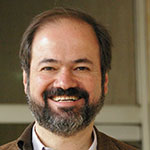 Juan Villoro (b. 1956, Mexico City) has been recognized for his journalistic and literary work with such international prizes as the Premio Herralde de Novela, Premio Xavier Villaurrutia, Premio Rey de España, and the Prix Antonin Artaud. A columnist for the newspaper Reforma, where this essay first appeared, he is the author of God Is Round (2016) and The Wild Book (2017), both published by Restless Books.