Soundtracking The Sense of an Ending by Julian Barnes 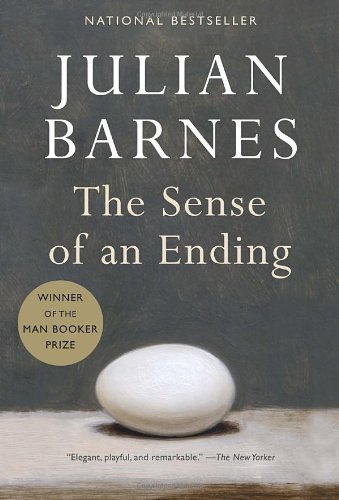 “They say time finds you out, don’t they?”
– The Sense of an Ending

Julian Barnes’s The Sense of an Ending is a quiet sort of novel. His narrator introspectively reflects upon memory—how we are often unreliable historians to our own lives, selectively remodeling our memories as we age over time. Throughout the novel and well after completing it, certain songs kept drifting into my head as congruent works of art—each atmospherically evoked the same tone and feeling of the book.

So, to initiate a new feature on the WLT blog, the following playlist is a selection of songs and composers to “soundtrack” Barnes’s novel. My final playlist is meant to project that same sense of quiet reflection over the passage of life where repeated melodies overlap and intersect the same way our memories often behave.

Similarly quiet in composition, this minimalist piece repeats a simple melody that slowly shifts in a way that reflects the way our memories faintly shift and change shape over time.

Satie referred to himself as a “phonometrician” (one who measures sounds), and you could say that Barnes is a “memorimetrician” with this novel, gracefully measuring memory through the prose.

This one’s an instrumental piece with greater dynamics, but it maintains simplicity and quietness in the solitary voice of a piano.

Eno’s piece evokes singularity and solitude and matches the sense of slow reflection when one steps back to feel and reason with the passage of time, life, and aging.

5. “The Book of Love” by The Magnetic Fields

There’s something about Stephin Merritt’s deep, heavy voice paired with the sparse instrumentation in this particular song that portrays a similar bittersweetness.

Our protagonist’s “dubious” music collection rightly remains dubious for a soundtrack that evokes this novel—with one exception. This version of “Un homme et une femme,” performed as a piano solo by Yiruma, feels somewhat melancholy and complementary to the book. That saccharine soundtrack version Tony coveted remains shelved next to the Tchaikovsky and Dvořák that would be all too majestic for this pairing.

7. The Disintegration Loops by William Basinski

If you haven’t read about The Disintegration Loops, read this interview with Basinski on the NPR website. Perhaps nothing is more fitting to pair with A Sense of an Ending than this piece. The recording itself is the passage of time, bits of magnetic tape gradually flaking away just as age deteriorates but tells its own story, even though that story transforms ever so slowly over time.