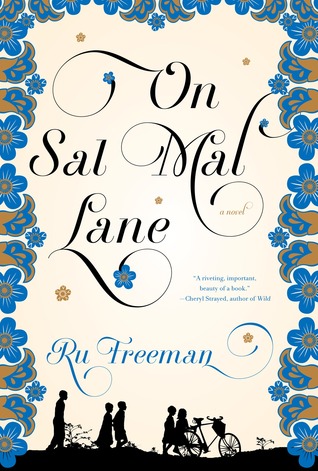 On Sal Mal Lane belongs to that subgenre of postcolonial literature that treats ethnonational violence resulting from decolonization. This family saga charts the phases of Sri Lanka’s latest uncivil war by tracing its effects on the multiethnic inhabitants, particularly children, of a sheltered cul-de-sac in suburban Colombo. Their interconnections and responses to actual or rumored events highlight Sri Lanka’s political, religious, and class fault lines as well as the manipulative role of their media.

The novel mirrors the history of Sri Lanka as it hauntingly portrays the complexities of childhood and the pain and promise of its end. For events beyond Sal Mal Lane gradually alter the lives of its children: the Sinhalese Heraths—Devi, Nihil, Rashmi, and Suren—whose communist-leaning bureaucrat father and teacher mother practice tolerance; the Bollings—twins Rose and Dolly, and Sonna, their ill-fated brother—Burghers whose lower-class and mixed-race status render them relatively indifferent to race issues; the Silva brothers, Mohan and Jith, raised by Sinhalese parents who disdain other ethnicities and deplore the Heraths’ tolerance; and Raju Joseph, a Tamil adult whose mental and physical handicaps render him childlike.

The four years that pass between the minor disruptions of 1979 and the outbreak of war in 1983 mark all these children. The youngest, Devi Herath, seven at the start, embraces simple pleasures like biking. But her exuberance and her friendship with Raju imperil her as the outer world threatens. Sensing her fragility, her uncannily aware older brother, Nihil, yearns to but cannot protect her, even as he befriends old Mr. Niles, a Tamil Catholic whose experience of previous horrors renders him the novel’s Tiresias. The Herath children take piano lessons from his unmarried daughter, Kala, through whom the oldest Herath child, Suren, discovers his saving passion, music, a powerful motif throughout the text. Dolly Bolling and Jith Silva, meanwhile, begin an innocent romance opposed by Jith’s parents and Sonna Bolling, while Sonna himself, whom his father abuses mentally, secretly covets Rashmi Herath, who reciprocates in kind. Their intricate relationships across key sociopolitical divides endanger the children and their families as war impends.

This luminous novel unfolds slowly to shape a nuanced portrait of a sheltered lane connected to a main street that leads to a slum wherein rumor kindles gnawing resentment into hate. Its pace, slow until the dénouement, mimics how man-made ripples gradually build, coalesce, and crest in violent spasms that traumatize all they touch. Its quiet, lyrical voice and foreshadowing create an elegiac tone suited to the portrait of lives forever damaged by familial and geopolitical events that they cannot control but in which they play roles: “Everyone who lived on Sal Mal Lane was implicated in what happened.” Finally, while depicting Sri Lankan history, On Sal Mal Lane evokes the experiences of many multiethnic nations whose power-hungry leaders exploit media, the undereducated, the poor, the vengeful, the greedy, and the lost to set one group against another and thus attempt to seize control, despite the human cost.