Fragments of an Inexistent Whole

Inspired by Alison Knowles’s “A House of Dust”

House of broken dishes / by the sea / using electricity

Black flash, strange as any me I might claim

The mind falling from itself, into no where.
The desire for place not to be denied

What touch affords us, sempiternal hold.

Imagine a woman with a veil over her head,
Black cotton or muslin

Of the sort that my grandmother wore, the edge of her sari
As she sat under the sun, by the well side.

Already the veil covers the garden
Mango trees split into the shape of harps.

She decides on location –
A bracelet, a brandishing of space

Scores for a masked ball, the self and its others
Clinging close, hips grinding, a distinct congress

Hot metals, the planet soaked in ether,
A scholar blinded by footnotes, scores of them,

Men and women, faceless now, joyful and inconsolable
Veritable census of the dead.

House of Dust / on open ground / lit by natural light
Is that where I belong?

Lord have mercy!
Grandmother cried, when I was born

This child will wander all her life.
Grandfather tossed in a match

The bush filled with smoke, gooseberry bush –
With freckled leaves

What I learnt without knowing that I did,
Grammar of redemption

Sucked from fiery space
As grandmother’s hands turn to dirt

Death of a Young Dalit

Trees are hoisted by their own shadows
Air pours in from the north, cold air, stacks of it
The room is struck into a green fever
Stained bed, book, scratched windowpane.
A twenty-six-year-old man, plump boy face
Sets pen to paper – My birth
Is my fatal accident, I can never recover
From my childhood loneliness.
Dark body once cupped in a mother’s arms
Now in a house of dust. Not cipher, not scheme
For others to throttle and parse
(Those hucksters and swindlers,
Purveyors of hot hate, casting him out).
Seeing stardust, throat first, he leapt
Then hung spread-eagled in air:
The trees of January bore witness.
Did he hear the chirp
From a billion light years away,
Perpetual disturbance at the core?
There is a door each soul must go through,
A swinging door –
I have seven months of my fellowship,
One lakh and seventy thousand
Please see to it that my family is paid that.
She comes to him, girl in a cotton sari,
Holding out both her hands.
Once she loosened her blouse for him
In a garden of milk and sweat,
Where all who are born go down into dark,
Where the arnica, star flower no one planted
Thrives, so too the wild rose and heliotrope.
Her scrap of blue puckers and soars into a flag
As he rappels down the rock face
Into our lives,
We who dare to call him by his name –
Giddy spirit become
Fire that consumes things both dry and moist,
Ruined wall, grass, river stone,
Thrusts free the winter trees
From their own crookedness, strikes
Us from the fierce compact of silence,
Igniting red roots, riotous tongues 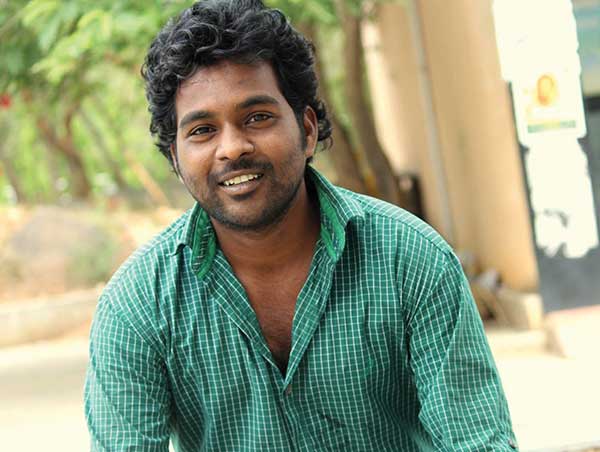 On Writing “Death of a Young Dalit”

When I was twenty-four I lived in Hyderabad. There was a neem tree in the garden of the Golden Threshold, once the home of the poet Sarojini Naidu, then the site of the new Central University. When time permitted I would sit in the shade of that tree, shut my eyes, and dream. Then, as now, images came to me and I tried to craft a few lines of poetry.

Several times I returned to the city. In early January this year I attended the literary festival. After a gap of several years, I was able to meet Nayantara Sahgal again. As I listened to her speak, I was inspired by her courage, learnt anew how one might live in a time of difficulty, what it could mean to bear witness.

Later that month news came that a Dalit student at the university had killed himself—a tragic act of protest that resonated through the country. He left a haunting letter for us to read. I have included lines from his letter and set them in italics in my poem.

Night after night as I worked on this elegy, the wind and winter chill commingled with the memory of rocks and stones and trees in a city I loved, and I was consumed by the tumultuous hope and the very real despair of a young man I had never met. – Meena Alexander 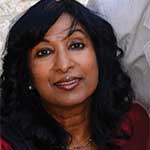 Meena Alexander (www.meenaalexander.com), described in The Statesman (India) as “undoubtedly one of the finest poets in contemporary times,” is the author of seven books of poetry. An expanded version of Atmospheric Embroidery is forthcoming from TriQuarterly Books / Northwestern University Press in spring 2018. A volume she edited, Name Me a Word: Indian Writers Reflect on Writing, will be published by Yale University Press in fall 2017. She is Distinguished Professor of English at the City University of New York.