Look to the Ladies 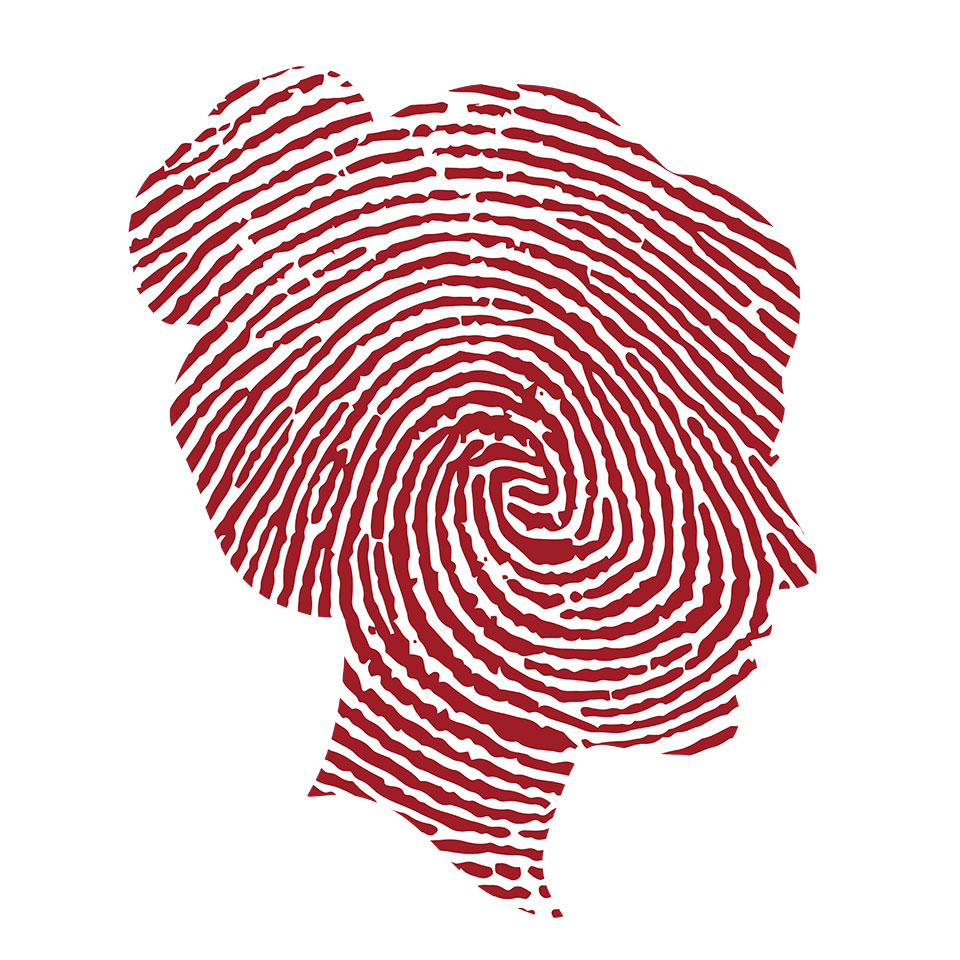 This summer the British Library held another of its highly successful Bodies from the Library days celebrating the Golden Age of crime fiction. We had papers on Josephine Tey, Ngaio Marsh, and Georgette Heyer (her crime, not her Regency, novels), all favorite writers of mine, plus papers on male detective novelists. The only one I’d heard of was G. K. Chesterton with his Father Brown stories.

The following week in Waterstones, I saw a new set of Josephine Tey’s crime novels. I started thinking about the longevity of the female Golden Age crime novelists. Over the last twelve years, Vintage has republished most of Margery Allingham. Agatha Christie has never been out of print, nor has Dorothy L. Sayers. Why have the Golden Age female crime novelists survived to enjoy a renaissance, where the males have not?

Why have the Golden Age female crime novelists survived to enjoy a renaissance, where the males have not?

I was nudged toward an answer by Martin Edwards’s excellent book, The Golden Age of Murder, a study of the founding of the Detection Club in 1930 and its members during the period up to 1949. Created by Anthony Berkeley Cox, one of the leading detective novelists of the period, it provided a social network and support for crime writers he admired. Of the forty-one members elected between 1930 and 1949, there were twenty-nine men and twelve women. Dorothy L. Sayers was one of the founding members; so was Agatha Christie. Margery Allingham was elected in 1934.

The detective novel rose to popularity in the 1920s, in a society with a passion for games and game playing, and detective novels of the period provided “puzzles.” Authors presented situations that seemed impossible, “locked-room mysteries” abounded, and readers pitted their wits against the author. One of the foremost proponents was John Dickson Carr, whose The Hollow Man (1935; US title: The Three Coffins) presents three puzzles in one story, all seemingly impossible, until Dr. Fell sweeps aside the illusions and trickery and presents the solution. It is perhaps the acme of the “puzzle” detective novel.

American crime writer S. S. Van Dine wrote, “The detective story is a kind of intellectual game. It is more—it is a sporting event.” In 1928 he drew up a list of “Twenty Rules for Writing Detective Stories.”In 1929 Ronald Knox, a founding member of the Detection Club, produced a somewhat shorter list. The rules were mainly founded on the “fair play” principle, such as insisting that the detective shared clues with the reader­—and that the detective was not to have committed the murder. It was said to be an attempt to legitimize detective fiction as a respectable literary genre. Detective novelists played lip service to the “rules” and almost immediately proceeded to break them (see WLT, Nov. 2015, 16­–18).

Detective novels of the 1920s concentrated on the investigator assessing details of the crime and the “unbreakable” alibi of the prime suspect. Floor plans, clocks that were fast or slow, hidden passages, and secret rooms often featured. “How” the murder was committed was often more important than why or by whom.

I began reading crime fiction at an early age. My mother would ask me to choose her reading matter from the local library. She liked detective novels, and eventually I started to read them myself. Mother liked Agatha Christie, but I am sorry to say that I found her stories simplistic. I returned to her after I started writing crime novels myself and was taken aback by the fluidity of her writing, her ability to set out story and characters in a way that seemed simple and entertaining but in fact concealed a fiendishly clever plot.

The book that grabbed me was Gaudy Night (1935), by Dorothy L. Sayers. It’s the tale of a campaign of poison-pen letters and other disturbing events in an Oxford college. Unusually for a crime novel, murder is narrowly avoided. I was captivated by the relationship between Lord Peter Wimsey and Harriet Vane and the tensions in the college atmosphere. I began to read Sayers’s other books.

Then I lit on Margery Allingham. I first read Look to the Lady (1931),a tale told with verve and exuberance, packed with interesting characters, particularly the self-effacing but oddly charismatic Albert Campion. Traitor’s Purse (1941) is my favorite. The basic plot, complete with a mastermind, bears comparison with the Bond novels but is far more subtle. As the book opens, Campion has amnesia, landing the reader right in the critical part of the story as he struggles against the clock to discover what is tantalizingly just beyond his memory. He cannot admit to his condition as everyone is depending on him. Then, as his fiancée, Amanda, to his horror, calls off their wedding, he begins to see himself as a stranger would and doesn’t like the picture that emerges. In my experience it is rare for an author to look at a series character, decide that he needs a new life, and then find a believable way of enabling him to change.

Together, Sayers and Allingham inspired my ambition to write novels, though I thought crime novels were beyond me as I could never work out “whodunit.” And publication lay far ahead. In the meantime, I discovered Ngaio Marsh with her police inspector Roderick Alleyn and his painter wife, Troy, and the remarkable Josephine Tey.

It would be too simplistic to say that the main difference between the male and the female detective story writer was that for the men the puzzle element was paramount whereas the women concentrated on realistic characters who drove the plot.

Agatha Christie’s first book, The Mysterious Affair at Styles,appeared in 1920 and showed her mastery of the “puzzle” element. Sayers’s first novel, Whose Body? (1923), presents two puzzles: an unknown body in a bath, naked apart from a pair of pince-nez, and a financier who has gone missing without his clothes. The easy answer—that it is the financier’s body wearing the pince-nez­—is quickly dismissed.

Though concentrating on the details surrounding the “whodunit” puzzle, both writers introduce compelling investigators: Christie with Poirot and Sayers with Lord Peter Wimsey.

Agatha Christie continued to concentrate on producing well-plotted novels presenting the reader with a challenge: discover “who did it” before the author tells you. Her sleight of hand with clues and motives is legendary; she is indeed queen of the mystery plot. However, without her subtle motivation and characterization, plus Poirot and Miss Marple, the puzzle element would not have been enough to command her longevity and incredible sales figures.

Sayers, though, quickly developed into an author whose characters drove the story beyond the puzzle element, in the process developing Peter Wimsey into a complex and compelling personality. Allen Lane, Penguin’s founder, regarded her as an important novelist and Agatha (who was a close friend) as “no more than a skilful entertainer.”

Sayers and Allingham were in the vanguard of writers developing the detective genre beyond a reliance on brain-teasing puzzles and entertaining but shallow characters.

Josephine Tey won a prize with her first crime novel, The Man in the Queue (1929). It introduces the realistic Detective Inspector Grant in an original and compelling crime story that captivates the reader. Crime writer Val McDermid has described Tey’s detective novels as “a bridge between the classic detective stories of the Golden Age and contemporary crime fiction.”

Anthony Berkeley Cox, a witty and clever writer, developed the psychological side of the detective novel. The Poisoned Chocolates Case (1929) is a dazzling and sophisticated examination of a murder with the members of a “crime club” each examining the case in turn. The reader is entranced by the twists and turns as each member presents an ever more believable solution to “whodunit” and, in the end, is left breathless by the dénouement, if not completely satisfied. Christianna Brand presented a different solution in 1979, and in the new edition just published by the British Library (which is resurrecting many forgotten novels from the Golden Age), Martin Edwards presents yet another. The book has been held to be “one of the most stunning trick stories in the history of detective fiction.” While enjoyable, I don’t find it a satisfying read; it is a caprice. Two years later, under the pseudonym Francis Iles, Berkeley Cox published Malice Aforethought,another clever novel that reveals the identity of the murderer on the first page and was a huge success. I find it a more satisfactory read, but it doesn’t move me.

Sayers and Allingham were in the vanguard of writers developing the detective genre beyond a reliance on brain-teasing puzzles and entertaining but shallow characters. Allen Lane held Margery Allingham to be alongside Aldous Huxley, Graham Greene, and Joyce Carey as one of the best and most enjoyable English novelists of the time.

To my mind, Sayers, Allingham, Tey, Marsh, and Heyer, with the best of their books, do what evades the male writers of the twenties and thirties: engage readers’ emotions, making them care as much or more for the characters and their motivations than for the mechanics of their plots or clever twists. That, I believe, is why we look to the Golden Age ladies today for a read that delights on all levels. 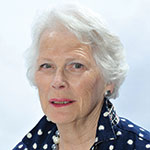 Janet Laurence’s A Fatal Freedom, published by the Mystery Press, is the second in her Ursula Grandison Edwardian mystery series, and she is now working on the third. She is also the author of the Darina Lisle culinary and Canaletto historical crime series and of Writing Crime Fiction—Making Crime Pay, published by Aber. She regularly runs crime-writing workshops and is currently chair of the CWA International Dagger judging panel.