by
Nariman Hasanzade
translated by
Elnur Imanbayli and Alison Mandaville

In his bildungsroman, the “People’s Poet of Azerbaijan” describes a time when “all the world smelled of bread.”

I’d taken off my clothes and climbed into bed. But I wasn’t yet sleepy. I watched my mother.

She took our takna, the large wooden box for mixing dough, and placed it on the takht, a low wooden bench that sat at the foot of the bed, near my feet. Using a jar, she scooped flour from the sack she had bought at the store in Xalfali and emptied it into the takna. She then added five or six cups of water and kneaded the mixture until the dough thickened. She scraped at the surface of her palms with an arsin, a spatula-like tool used to scrape and cut dough from the takna. She sprinkled a little more flour, called the urva, over the surface of the dough to keep it from sticking. Next, she took up the warm woolen shawl that she always used in place of a coat when it was cold, and also tied at her waist to protect her middle while gathering wood, and tucked the soft fabric over the dough to keep it warm. Last, she snugged a pillow on top to keep the dough nice and toasty—a perfect finish.

“Now we’ll sleep,” she said to me. “The dough will rise, and I’ll wake early to bake the bread.”

Evenings during Novruz, the ancient holiday marking the new year at the vernal equinox, we tossed burning torches made of rags and bits of wood into the sky.

I was awakened in the morning by my mother’s busy sounds. She had arranged all the balls of dough on the kitchen table and covered them over with our bread cloth. I could see the morning star through the window. Its light splashed all across our front door. Evenings during Novruz, the ancient holiday marking the new year at the vernal equinox, we tossed burning torches made of rags and bits of wood into the sky. Now, watching the morning star, it seemed that perhaps one of those torches hadn’t fallen back to earth after all, but had, instead, remained up in the sky, where it was still burning. Whose torch could it be? I got up and put on my clothes and shoes. Outside, Mohlat’s family’s fence and the road could be clearly seen by the light of the star.

I had seen the morning star many times. It was always bright in the sky when my mother got up in the early morning, and it would switch off after my mother hung the saj, a round iron pan for baking bread, on a tripod over the hearth. Then, a dense darkness would settle over the world.

My mother heated the saj by pushing burning sticks under it, one after another. At that moment, stoking the fire, her arms themselves were lit like the burning sticks of wood. To my eyes, a long glowing stick hung from each of her shoulders. Perhaps when the wood under the saj had burned out, she would mix in her own wooden, flaming arms with the rest and burn them too. My mother’s own morning star burned brightly, lightening the ground all around her. The iron pan’s radiance shone even to the sky.

Dawn broke slowly, with the crowing of the cocks and cockerels. The thin veil that had concealed the world was pulled back. The sun rose. Everything in the world began to glow.

Dawn broke slowly, with the crowing of the cocks and cockerels. The thin veil that had concealed the world was pulled back. The sun rose. Everything in the world began to glow. Even the oak stump that Salim Kishi had put on top of the haystack to keep the straw from drifting. Finally, everybody in the village woke up. And so, I loaded up the bread loaves my mother had baked and went out to sell them.

The smell of my mother’s wheat bread spread everywhere—infusing our home, following me along the roads on which I walked, and finally threading its way through the entire village. The bread carried the sweet smell of the violets growing under the Jerusalem thorn bushes. It was as if I carried the fragrance of linden beeches, willow trees, and hawthorns all in a white cloth under my arm. As if I walked through a newly mown cornfield and not along a village road. As if all the people of the village were out threshing their grain on a newly built threshing floor. My nose was filled with the perfume of spring flowers and the breath of newly sown soil. All the world smelled of bread, the bread my mother had just baked on the iron saj.

As if that smell reached into every house, everyone came out and bought the bread. I sold it all easily and returned home. Tomorrow, again, three fires would burn in our home: the morning star, my mother’s fire, and the sun. And I would be near them, with warm wheat bread in my arms.

A Note on Auntie Nabat’s Bread

Azerbaijani poet Nariman Hasanzade is well known across the Soviet sphere for Auntie Nabat’s Bread (1974), his thinly disguised memoir and bildungsroman. The work opens a window into daily life in a Soviet state during the 1930s to 1950s, from the author’s childhood as a fatherless boy living alone with his mother in the small village of Poylu to education and military service in the lowland city of Ganga. The memoir is a fascinating example of how Soviet writers navigated common state-sanctioned themes—elevation of the simple life and culture of “the folk,” valorization of the enlisted soldier—producing literature that was nevertheless entirely original, even slyly critical of the same themes. As in his poetry, and somewhat uniquely for a male author of this period, women—Hasanzade’s mother, his aunts and neighbors, his future wife—are central to the narrative and are portrayed with complexity and sensitivity.  – Alison Mandaville

Read an interview with Nariman Hasanzade, conducted by Shahla Naghiyeva, from this same issue 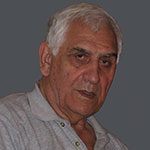 Prominent poet, playwright, and journalist Nariman Hasanzade was born in rural Azerbaijan in 1931. His works address love, Azerbaijani history, folk traditions, the roles of women in society, and the natural world. Author of dozens of poetry collections, in 2005 he received the national lifetime achievement award, “People’s Poet of Azerbaijan.” 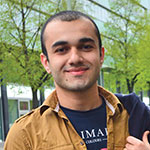 Elnur Imanbayli works at ADA University in Azerbaijan. He is deeply interested in learning about and promoting the heritage of his country. 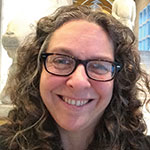 Alison Mandaville is a poet and associate professor of English at Fresno State University.